Analysis: The (un)likely alliance of Zille and Motshekga – a reality check 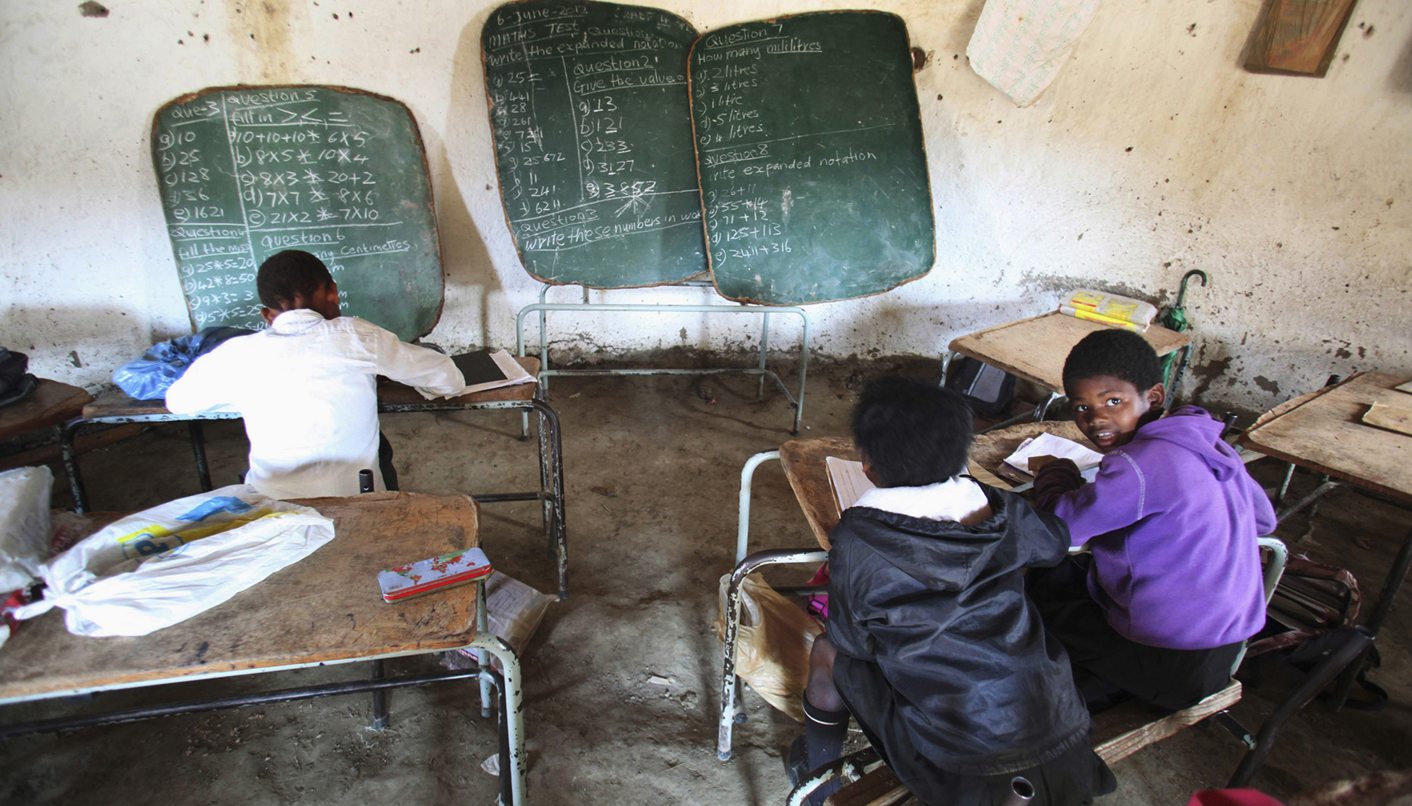 Helen Zille may seem like an unlikely advocate for Angie Motshekga, but she is not. The two have come to each other’s aid on more than one occasion. By Equal Education's Doron Isaacs for GROUNDUP.

When Helen Zille, the Premier of the Western Cape, was subjected to sexist abuse in the wake of the DA’s May 2012 march on COSATU house, Motshekga condemned it. And when Motshekga, the Minister of Basic Education, was facing the wrath of the nation, including the DA, over the Limpopo textbooks crisis, Zille came out against the calls for Motshekga’s head. Motshekga then came out in support of the Western Cape government’s plans to close 27 schools in 2012, and now Zille has again defended Motshekga from the media who want her head.

It is refreshing for leaders from opposing parties to support and defend each other.

There are three main reasons for this alliance. The first is that Motshekga and Zille are allies on what they identify as the fundamental problem in South African education: lazy teachers. This half-truth can lead up a blind alley. The second is that Zille’s primary agenda is not education, but to weaken the ANC’s 2014 election prospects by driving a wedge between it and the trade unions, including SADTU, the leadership of which is indeed deserving of much criticism. If this can be achieved by supporting Motshekga, whose head SADTU recently called for, so be it. Lastly, both Motshekga and Zille fear the growing strength and grassroots base of Equal Education, which is taking root in townships and rural areas across the country. This bottom-up approach to fixing education, with its emphasis on real equity, conflicts with the top-down unequal education system, and big-leader politics, with which both Motshekga and Zille appear comfortable.

In the space available it is Zille’s failure to grasp the need for minimum norms and standards for school infrastructure that I will focus on.

As is well known, in November 2012 Minister Motshekga agreed to a six-month timeframe to publish binding minimum norms and standards by 15 May 2013. This was more than enough time to do the job. The only legal requirements were to get concurrence from the Minister of Finance, who, contrary to what Zille claims, concurred even with the comprehensive 2008 draft, and to consult with the MECs for education, although their agreement is not required. After publishing a draft in January 2013 the Department did absolutely nothing to engage the public. They didn’t even announce the draft on the radio. But Zille is so zealous to defend the indefensible that she bemoans the “tortuous public-participation processes”. The reality is that the only body that involved the public was Equal Education, which held public hearings in five provinces and collected 700 submissions which were distilled into two.

Motshekga’s weak January draft elicited 35 submissions to the department. This included one from the Desmond Tutu HIV/AIDS Foundation warning of the spread of TB in schools due to overcrowding and lack of norms and standards for school buildings. The draft was so absurdly inadequate that high school members of Equal Education asked if it was a “summary”. It created no obligations whatsoever, not even for schools to have toilets or taps. The Western Cape Education Department’s submission was one of the very few that broadly endorsed it. Motshekga had 11 weeks from the submission closing date until the 15 June extended deadline EE granted her, but made no effort to use the public’s input to fix and finalise the norms and standards. Zille says she should never have even agreed to try.

There are valid aspects of Zille’s defence of Motshekga. The Minister broke decisively with OBE, re-prioritised textbooks and introduced workbooks across the country. Ironically these are all examples of the kind of leadership of which a national minister is capable, examples that contradict Zille’s portrayal of Motshekga as helpless in the face of floundering provinces. A minister that deserves credit for her leadership success deserves criticism for her failure. Or is it now the DA’s position that Ministers are not to be held accountable for what happens in their portfolios?

Contrary to what Zille claims, the Presidential Task Team set up to look into the Limpopo textbook crisis found that the non-delivery of textbooks was caused by both the Limpopo Education Department and Department of Basic Education. It places particular blame on Director General Bobby Soobrayan. Motshekga’s continued support for Soobrayan, who has corruption clouds over his head, is poor judgment. The same can be said for her tolerance of the blatant falsehoods her spokespeople have consistently fed the media about textbooks and norms and standards.

School infrastructure is another example. Of the R2bn grant allocated in the last financial year to wipe out school infrastructure backlogs, handled directly by the national department, not the provinces, only 37.5% was spent. The national department planned to have built 100 new schools by March 2013, and yet a recent report to Parliament shows that only around 19 have been built.

There is truth in Zille’s statement that provinces “actually run the school system” and indeed the media’s fixation on “Angie” leaves a lot else unexamined. But the national minister’s vital function, as Zille acknowledges, the creation of policy, and specifically norms and standards, is important precisely because the provinces have so much power, and yet some of them are so weak. National standards are not only about empowering the Minister, but more importantly about empowering communities by making rights tangible so that people can hold provinces accountable for delivery.

Zille implies that this isn’t needed because if voters just wake up and vote her party into power in the provinces these problems will be a thing of the past. But whoever governs weak provinces will inherit the same legacy of the past. The Western Cape government benefits not only from the relative affluence of its population, but its inheritance of the functional former bureaucracy of the old Cape Province, whereas the Eastern Cape, Limpopo and Mpumalanga have weak and bloated bureaucracies with Bantustan origins. Mechanisms that empower people are therefore critical no matter who is in government. Zille must know this, and so the fact that she would put her party’s interest above the interest of poor communities is rather shameful.

In her own words Zille’s critique boils down to this: “A large proportion of South African teachers can’t teach, and many won’t make the effort required to do so.” And she is not wrong, but the campaign for norms and standards for school infrastructure has reminded South Africa that lazy teachers are not the only challenge. It is equally difficult to learn or to teach in a classroom of 80 students. This is an inconvenient truth for Zille, as is the fact that there is little evidence to support the punitive approach to teacher accountability that she favours.

What works is when parents and students get organised. This is what Equal Education did recently in Matatiele, in the Eastern Cape. There a school principal had been absent for nine months without being on leave, teachers were coming to school late and sometimes intoxicated, and the school lacked basic necessities. Students formed an EE branch, began a petition, held communities meetings, and eventually filed a ground-breaking lawsuit against their own principal. The students were intimidated and forced to sign a declaration of good conduct but the core held firm. The case was settled in their favour, the principal removed for disciplinary action, and most of the necessities delivered to the school.

This is how the battle can be won. It will be long and difficult, and will require the building of real people’s power. A first step on that road has been the campaign for norms and standards for school infrastructure. Having conceded the necessity of a court-ordered deadline, Minister Motshekga is now hopefully on board. Premier Zille is welcome to join her comrade at any time. DM