Our 67 minutes of helping Zuma and his lawyers 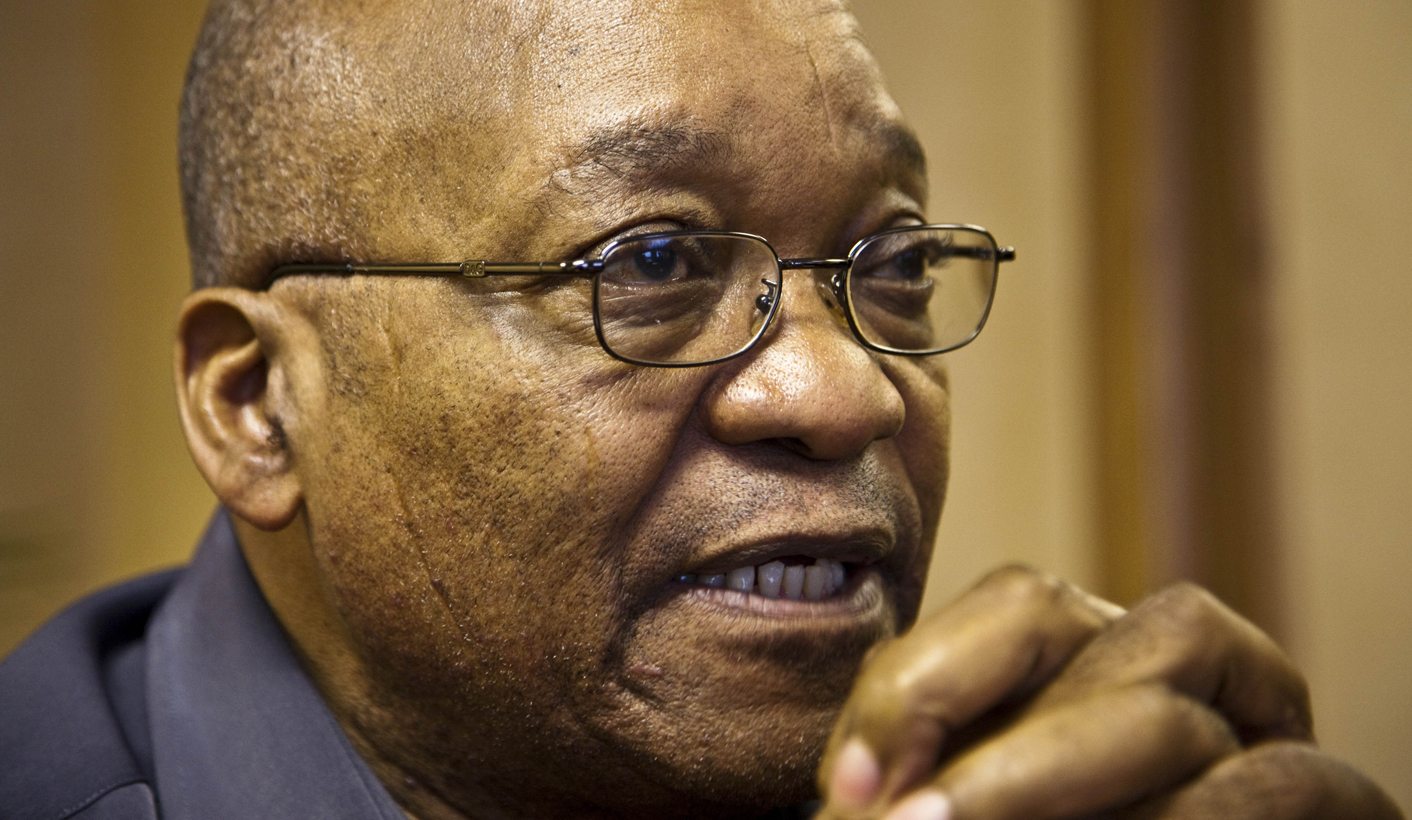 Today, the entire caring South Africa is looking for an opportunity to help, to be meaningful, to reach out to the ones in real difficulty. We can think of no more deserving group of people than the poor sods who have to represent President Zuma, and argue that he does not have to appoint a new head to the National Prosecuting Authority. And so, here, as an act of kind and selfless charity, we will now spend our 67 minutes trying to help them. By STEPHEN GROOTES.

Here at The Daily Maverick, we don’t really have a reputation for being kind and caring. It’s not that we’re not nice people, you understand, it’s that we are proudly capitalist, and so we have a strong belief that people who are able, should help themselves. And we’re quite happy to help the rest that can’t or are in desperate straits. We believe we have a duty to. But it’s Mandela Day, so we thought we’d look around for people in need, people who really can’t help themselves for some reason. We thought of helping a school, but Number One says Angie will do that, so they must be fine. Then we thought perhaps a smallish council. But Helen told us to stay out of Tlokwe. And then our eyes alighted on someone who really does need help. Who is really in the dwang. Desperate. Like, President Zuma and his incoming collision with CASAC over NPA leadership.

And it is tough really. If you look at the legal papers filed by the Council for the Advancement of South Africa’s Constitution (CASAC), you’ll see that they have a series of strong arguments, based primarily on a line in the Constitution which says that the executive has to fulfill “all obligations” responsibly, and cannot neglect them. It’s hard, but we think it’s time to start thinking, and thinking hard.

This is us now trying to help:

First, let’s begin with the wonderful claim that as President, you shouldn’t have to perform actions at the behest of a court. I mean really, were they elected? No. So surely  as president, Number One can do what he wants, when he wants. And then we could always use Blade Nzimande’s favourite phrase “anti-majoritarian” to describe this group of liberal Mbeki-ite interlopers who want to force us to do something. You see, as always, if there is a legal battle involving Zuma, there is a much bigger political battle going on as well. Let’s use that.

Oh, hold on. Stop. Drat. It won’t work. I forgot, there’s precedent for the court to order the president to do something. Lots of it in fact. Like that Nevirapine ruling. Which I think people will remember. Well. Okay. Time to think again.

We could claim that CASAC is actually a political organisation, trying to force you, as a politician, to do something you don’t want to do. We could impugn the character of the people in it. Throw enough mud, and it’ll stick. We can claim they’re racist, that sort of thing.

Oh, wait. I’ve just remembered who leads it. One of those blasted Pityana brothers. There’s always one of them having a go at you, Number One. But we can’t call him racist. We’d look a little silly. And we can’t claim they know nothing about the law and the NPA because that supremely irritating Vusi Pikoli sits on their advisory committee.

Okay, how about this: Let’s argue that you’re the President and they’re not. That should hold ’em. Oh wait. What’s that clause right at the top of the Constitution, something about the law… Oh yes: “All are equal before the law”. Ah. That could be a rather large spanner up our works. Ja, we’ll have to think of something else.

Why don’t we say that we are simply still looking? And yes, it’s been eight months now, but we’re actually looking really really hard. But we just haven’t found the right person yet. And you know, Number One gets to decide on the right person, and so, until the right person comes along, we’ll just have to live without one.

Hmmmm… That one’s not bad. But wouldn’t that lead to quite awkward questions about who we’ve considered for the job? I mean if I remember that ruling that struck down Menzi Simelane’s appointment as National Director of Public Prosecutions correctly, the court actually said the president has to be diligent, he can’t just claim to have looked at people if he hadn’t. It might even order that we produce proof, you know, like emails and things of the discussions we had when actually looking for someone.

Okay, but if they do that, then we could simply say we’ve found our guy, but he’s just in a spot of bother at the moment. You know, we could come clean and say it’s Magistrate Stanley Gumede. And then point out that there are a couple of procedural issues, you know, small stuff, that needs to be sorted out by the Magistrates Commission first. And we’re being a good and careful presidency by waiting for it all to be sorted out first.

That could work. I mean, he’s a magistrate and all, so everyone should be able to trust him. It’s not like magistrates ever say the wrong thing, or go on strike or anything like that. Oh, hold on. There could be just one problem. We might have to explain why he’s the only possible person, why he’s the Dalai Lama of judicial officers, why there really is no one else in the entire country who could possibly do it. And that could be tricky.

But don’t despair, we’re not lost yet. We could always simply say it’s just not urgent. That the NPA has been getting along quite nicely for the last few months without a permanent head. So what’s wrong with waiting for another few months, why does this need to happen now? And really, who’s going to disagree with that? CASAC can if they like, but so what?

Wait, how long have you been working for Number One for? There’s a tingling of a little bell somewhere in my head. Didn’t we once claim that actually the NPA did need a permanent head? It was during that fight with Pikoli back in 2009. Remember? He refused to leave quietly like we asked him. And I think we said it was bad for there to be an acting head because they weren’t properly independent. And some blather about it being “in the national interest” to appoint a permanent head as quickly as possible. And didn’t Number One sign it? And it was an affidavit.

Wow, you guys really haven’t made it easy for yourselves, have you?

I’m sorry, I’m getting tired now. And it says 66 minutes on the clock. I can’t think of any more ideas. Like, nothing. I tried, I really did. Like, how do you argue that you shouldn’t appoint an NPA head when it’s so clear that you should? You’re on your own, pals. I can’t wait to see your arguments, though. You only have until next Friday to hand them in at Constitution Hill. Good luck! DM