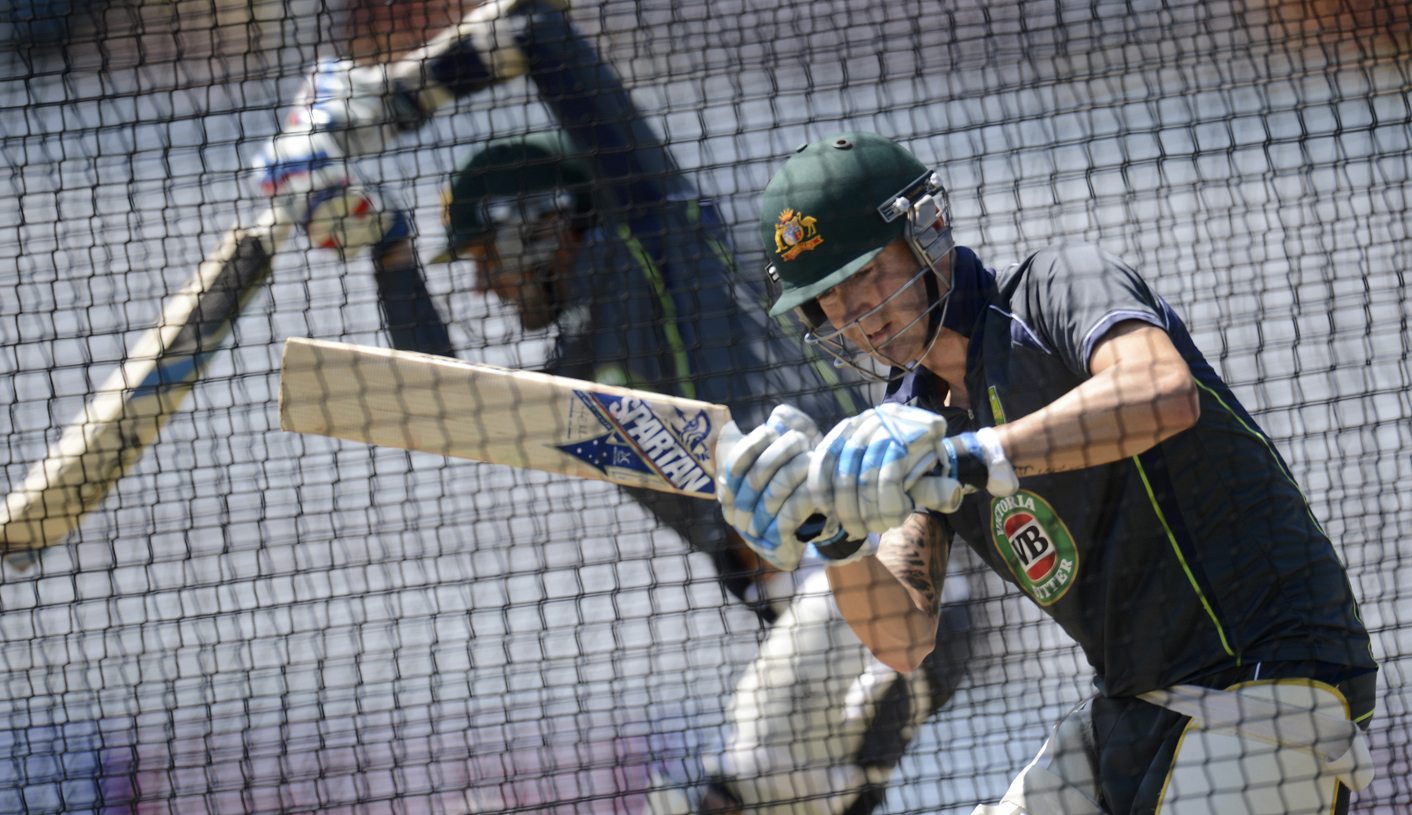 By the time you read this, the first Ashes Test at Trent Bridge will be just hours away. The hype has been endless, the buildup couldn’t have been better if it had been written by the Coen Brothers, and six weeks of action is about to begin. ANTOINETTE MULLER picks out five duels which will matter in the first Test.

Both sides have two new opening pairs walking out for them. The one pair includes a man who has scored two centuries opening the batting, the other has a youngster who hasn’t opened the batting at international level at all. Unless Australia was playing mind games, Shane Watson and Chris Rogers will be the two men at the top of the order when they bat. Watson last batted in the top against India earlier this year and managed just 17 runs. He’s been in and out of that position since the start of his career, but it’s where he has scored the bulk of his runs.

In the 25 Tests out of 41 which he has opened, he’s scored 1,895 runs out of his 2,580 Test runs. Both of his hundreds were scored there. He’s opened in eight Tests against England, scoring 675 runs at an average of 48.21. He’s scored more runs opening against England than against any other side he’s played in that position. If Tests were won on paper and statistics, Watson would come out game, set and match over Joe Root. An astute opener domestically, Root has looked shaky against the second new ball whenever he’s come up against it. Of course, his approach will be completely different when it comes to walking out to the middle with Alastair Cook, but it makes for an interesting match-up nonetheless.

An injury always seems to be around the corner for Australia’s bowlers, and with five Tests to play, how they come through the first one will be a big challenge. Darren Lehmann has said that his charges are certainly much fitter now than they were before, but that theory still needs to be tested. Peter Siddle will be a key player for the Aussies, if he makes the starting line-up. He can bowl long spells on flat tracks and in the heat. He will give everything for his country. Once described as the man who looks like he would run through a brick wall for his country – or one who already did – Siddle is a key player for the tourists.

He’s picked up 34 wickets in 10 Tests against England and will be the man Michael Clarke calls on when things get a bit subdued. The rest of the attack will have their bodies stretched and pushed to levels none of them have been pushed to before. If there ever were some sort of magic potion to prevent injury, now would be a great time to sell it to the Aussies.

Graeme Swann is head and shoulders above Nathan Lyon as a spinner. The Trent Bridge wicket looked decidedly dry on Tuesday and with the sun expected to bake it for the next few days, there will be some rough for the spinners to exploit.

Lyon doesn’t get as much credit as he should, but he will have to play out of his skin. Tests in the Ashes will be won during moments when players with a perceived weakness can overcome that. Lyon has a chance to prove that while he might not be the next Shane Warne, he certainly has a bit of gas in his tank to give England a run for its money.

England are overwhelming favourites heading into the first Test. On paper, they are a superior side. Their record over the last few months is superior to Australia’s. They are the home team with the home advantage. This adds an extra layer of pressure for the hosts.

They have previously succumbed to that pressure. They were marginal favourites when South Africa came around last year and they lost that series. They were overwhelming favourites when they toured New Zealand last year and they so very nearly stumbled. If people didn’t know any better, one might say that they choke when the screws are turned just a little too tight. How they handle the pressure of being favourites will be the key.

The two captains are both leading their sides in an Ashes Test series for the first time. The two, much like the two team’s coaches, are completely different. Clarke can be aggressive and unconventional while Cook prefers the more old-school approach of getting a foot on somebody’s neck and throttling them.

Both captains are equally matched in their Test careers. They have both played 92 Tests, both have scored over 7,000 Test runs and both have more than 20 centuries. Both men were groomed for the captaincy role early in their careers, and while Clarke has been at the gig a bit longer, Cook has perhaps had the more fruitful returns. Cook’s lost just one Test out of the 11 he’s been in charge of, while Clarke has lost seven of the 24 Tests he’s captained the Aussies in. Cook averages close to 70 as skipper, with seven tons in 11 matches. Clarke averages 66.10 and has scored nine tons in his 24 games.

The two skippers, not just as players but as tacticians, make for a tantalising aspect of the series. How they get off the mark at Trent Bridge will no doubt set the tone for the remainder of the tour. DM