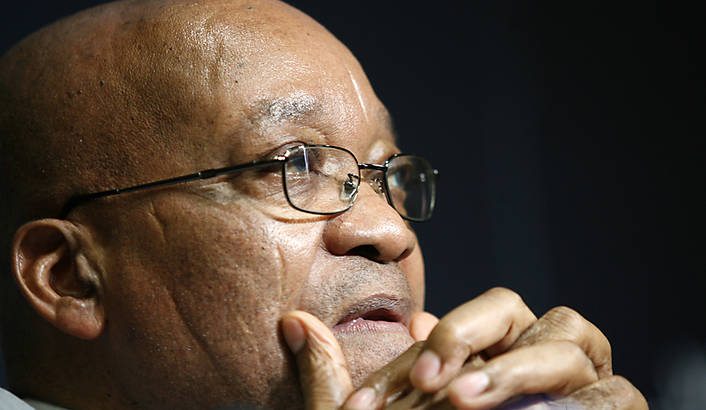 Workers at Anglo American Platinum (Amplats) have launched an unprotected strike, demanding the reinstatement of 19 Association of Mineworkers and Construction Union (Amcu) shop stewards suspended in earlier industrial action. Amplats corporate communications manager Bongeka Lwana told BDlive 5,600 workers had closed the Thembelani and Khuseleka mines. The workers are also protesting against the proposed layoff of 6,000 workers, the closing of the Khuseleka 1 shaft and the merging of three others as part of a cost cutting drive announced by Amplats earlier this year. The workers want a guarantee that the National Union of Mineworkers, previously the most powerful union at the mine, won’t be allowed to resume operations at Amplats.

Controversial AbaThembu leader King Buyelekhaya Dalindyebo has once more attacked President Jacob Zuma, this time calling him a “parasite”. Dalindyebo was reacting to a letter sent to him by traditional affairs minister Richard Baloyi on “matters of interest in the affairs of AbaThembu royal establishment”. He accused government of interfering in the internal affairs of his kingdom, The Times reported. The king said Zuma had no respect for the royal house of the AbaThembu, and that he was a “tribal leader pursuing tribalism”. Dalindyebo also announced that he had joined the Democratic Alliance, as he had earlier threatened to do. He said the ANC under Zuma were “corrupt hooligans”. He said he would stop smoking dagga the day Zuma stopped being corrupt.

Eskom’s Medupi coal fired power station in Limpopo won’t deliver first power to the grid by the end of this year as expected. The state-owned power utility said “technical problems” were to blame and a “more realistic target” was the second half of 2014. Medupi, one of the two large coal-fired stations being built by Eskom, also faces challenges from labour unrest and under-performance by key contractors. Democratic Alliance public enterprises spokeswoman, Natasha Michaels, said, “heads must roll”.  “The latest delay forecasts a shortfall of power supply in 2014 of 700MW and comes at an expected 15% price increase, pushing the cost of the project from R91 billion to R105 billion. An additional R10 billion to taxpayers,” she said.  She said the public protector should investigate the maladministration of the project.

Government is not doing enough to stop violence against women and children, says DA parliamentary leader, Lindiwe Mazibuko. Mazibuko, and other Democratic Alliance leaders were taking part in a commemorative walk of remembrance to pay respects to the family of Duduzile Zozo, who was murdered in what is believed to be a hate crime. “Duduzile died in circumstances of unimaginable horror. We understand that she was raped and murdered in a hate crime because she was a lesbian,” Mazibuko said. She said a task team set up to investigate the culture of ‘corrective rape’ has been “mostly silent” while the National Council Against Gender-Based Violence has “done very little to undertake its mandate, despite a R20 million budget”. Mazibuko said while “a mother has lost her daughter – and there is no greater pain than that” South Africa shouldn’t let Duduzile’s death be in vain.

A magistrate who denied bail to the seven men charged with dumping faeces at Cape Town International airport was called a “racist” by one of the accused. Magistrate Jannie Kotze ruled that it was not in the interests of justice to release the men, as it was likely that they would commit similar offences again. Loyiso Nkohla, Andile Lili, Yanga Njingwana, Ben Dyani, Jaji Diniso, Bongile Zanazo, and Thembela Mabanjwa are charged under the Civil Aviation Act, and could face up to 30 years in prison if found guilty. Lili said the magistrate was “lambasting us because we are black” and that they were “ready to spend 30 years in jail”. Lili, as he was taken to the court cells, shouted that Kotze was a racist. Nkohla is an ANC councillor and Lili is a former councillor.

The National Prosecuting Authority says the murder of Johannesburg cluster commander Major General Thirani Maswanganyi was premeditated. Spokesman Medupe Simasiku said the four men arrested in connection with the murder had been charged with “murder schedule six”, which is a “pre-planned murder”. Simasiku told reporters the police were doing a “sterling job” in investigating the circumstances of Maswanganyi’s killing to “make sure this matter goes to court as we planned”. He said more arrests could be made. The four accused – Tshepo Mosai, Roger Godfrey Moseki, Ndaedzo Isaac Vele and Nditsheni Daniel Nefolovhodwe – have asked to be examined by doctors, saying police had assaulted them after their arrests.

The City of Cape Town wants to replace private security guards with its own staff, and cut the number in half, in a move that could save R168 million a year. The Cape Times reported the city currently employs 4,000 security guards to protect council facilities at the cost of R265 million. Safety and security member Neil Arendse said the city paid “astronomical fees” for private security guards, many of whom had been found sleeping on the job. Strike action was also a factor plus the fact that once guards leave the companies they work for, the leave with knowledge of the facilities they check. The department said in a report that the city should install more alarms connected to law enforcement response teams.

Cities and towns in South African affected by construction companies overcharging on roads and stadia contracts want to be reimbursed by the companies accused of collusion by the Competition Commission. The South African Local Government Association (Salga) told Bloomberg its members wanted to be reimbursed to the tune of R3.9 billion. COO Lance Joel said the organisation was meeting with the 15 companies involved, which are already being fined R1.46 billion for collusion. The new claims relate to R13-billion worth of contracts awarded to build six stadiums, roads and related infrastructure for the 2010 World Cup. “Overcharge on these contracts range from 10% to 30%,” Joel said. DM