Western Sahara: Will Obama and Zuma agree to disagree?

Western Sahara: Will Obama and Zuma agree to disagree? 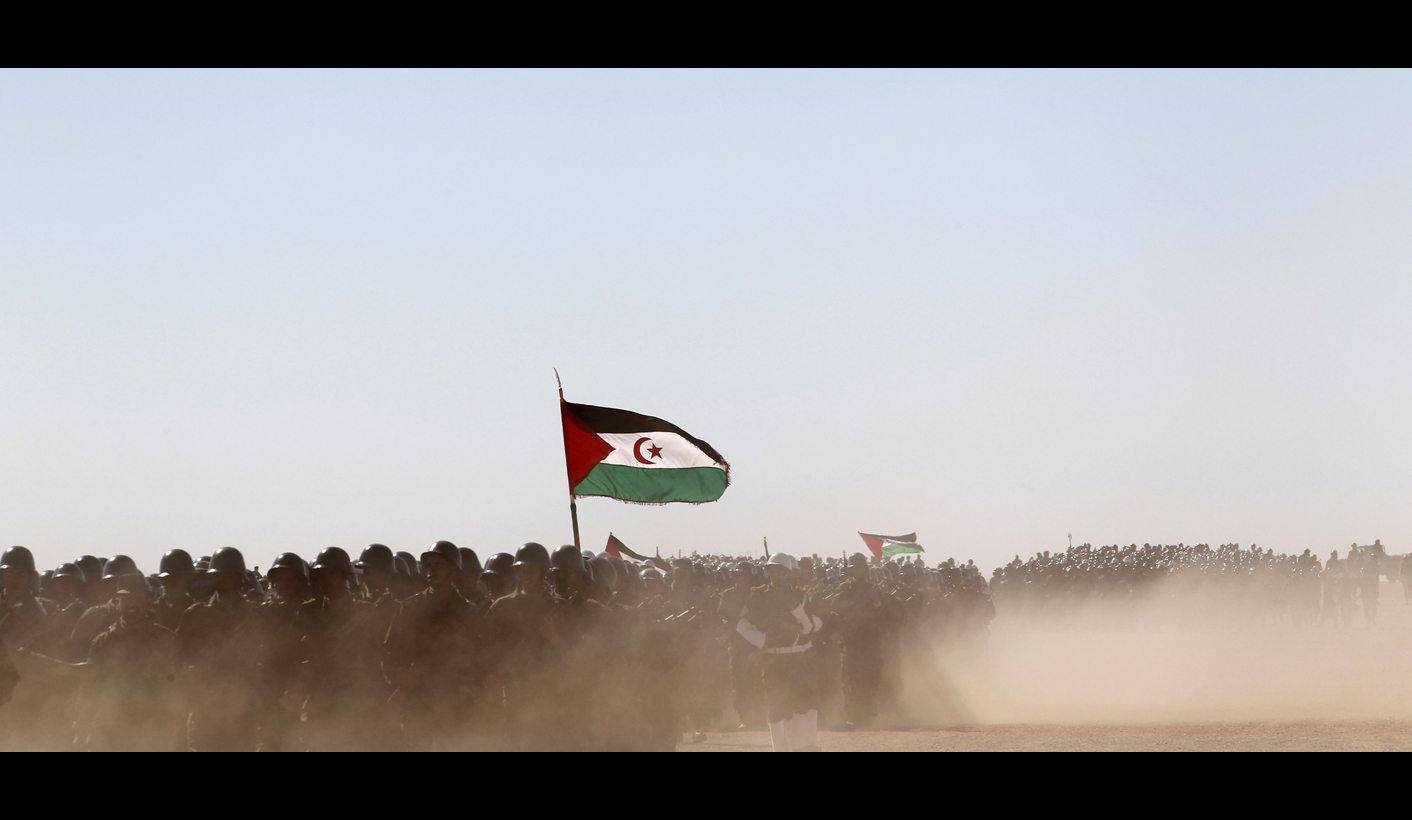 When Presidents Zuma and Obama sit down to chat at the Union Buildings on Saturday morning, they will discuss trade, aid - and some key differences on international issues, notably the ongoing struggle for independence in the Western Sahara. By KHADIJA PATEL.

While much of South Africa held its breath in anxious anticipation of news from the Pretoria Heart Hospital on Thursday morning, the Department of International Relations and Co-Operation (Dirco) was a hive of activity as diplomats, police and other important-looking people feverishly prepared for the visit of US President Barack Obama this weekend. At Dirco, at least, it seemed to be business as usual.

And when the presidency released a statement on Thursday afternoon conveying news of an improvement in Madiba’s health, President Zuma urged South Africans to continue with life as usual too.

“We must also continue with our work and daily activities while Madiba remains hospitalised,’’ he said.

Later in the afternoon, the presidency announced it was preparing for the visit of Barack Obama.

“This is a significant visit which will take political, economic and people-to-people relations between the two countries to a higher level, while also enhancing cooperation between US and the African continent at large,” the presidency said.

It is, however, in business as usual at Dirco on Thursday that the differences between South Africa and the United States on key international issues became plain.

Minister of International Relations and Co-Operation Maite Nkoana-Mashabane was hosting her counterpart from the Sahrawi Arab Democratic Republic, or the Western Sahara, as it’s also known. The struggle for independence of the Sahrawi people of the former Spanish colony nestled between Morocco and Mauritania is interpreted by many as the last colonial struggle in Africa. The liberation movement, the Polisario Front, recognised by the United Nations as the legitimate representatives of the Sahrawi, are particular friends of the ANC. Nkoana-Mashabane referred to the Sahrawi delegation as “comrades, friends and those who shared trenches with us”.

The Sahrawi Minister of Foreign Affairs of the Saharawi Arab Democratic Republic, Mohamed Ould Salek, emphasised the right of the Sahrawi people to self-determination.

“I am making an appeal from Pretoria to the international community to end the illegal occupation of our territory,” he said.

“Every other visitor to our shores will get your message,” Nkoana-Mashabane assured Salek, alluding to the upcoming visit of the US president.

In April this year the Algerian media reportedly quoted President Zuma saying on a trip to Algiers that South Africa and Algeria shared the same views on the issue of Western Sahara – championing self-rule for the Sahrawis.

The US position on Western Sahara, like that of the French, takes a different view. Both France and the US support a plan for a semi-autonomous state and not complete independence in the Western Sahara.

In November 2009, on a visit to Morocco, former US Secretary of State Hillary Clinton assured Moroccans that the US policy on Western Sahara – supporting partial autonomy for the Sahrawi – remained consistent through various administrations in the White House.

According to Clinton, partial autonomy for the Sahrawi under Moroccan sovereignty is the only realistic solution to ending the stalemate between the Polisario and the Moroccans.

More recently, in April this year, the United Nations Security Council began debating a renewed mandate for the UN peacekeepers in the disputed region, MINURSO, to include the protection of human rights. Significantly, that resolution was drafted by the US. Morocco, however, was said to be furious about the UN proposal and the added human rights was withdrawn shortly before the vote.

“We noted with concern the deteriorating human rights situation in the Western Sahara occupied territories where gross atrocities have been committed against the Saharawi human rights activists and prisoners of conscience by the Moroccan occupying security forces,” South Africa’s foreign minister said on Thursday.

She reiterated South Africa’s support for the mandate of the United Nations Mission for for the Referendum in Western Sahara (the MINURSO) to be expanded to incorporate a human rights monitoring mechanism. So on this score, at least, Presidents Zuma and Obama may be able to discuss how exactly to expand the mandate of the UN troops while assuaging Moroccan sensibilities.

Morocco has linked the threat posed by the ongoing Western Sahara issue to the threat of terrorist groups like the al-Qaeda presence in North Africa that so spectacularly prised away northern Mali recently.

If anything, the Western Saharan dispute is one of the least “sexy” of international conflicts. There has been no clamour among world powers for influence in affecting the outcome here. But as South Africa continues to build an image of the leading nation on the African continent, the Sahrawi issue may actually be the ideal issue for South Africa to further advance its foreign policy ambitions.

But South Africa will certainly not be able to prevail on both sides of the conflict alone. It is with the assistance and co-operation of the likes of Obama that South Africa could exert its influence to persuade the Moroccans to re-engage in negotiations and perhaps finally see a United Nations-monitored referendum held in the Western Sahara.

“As far as Polisario and Western Sahara [are concerned], we are prepared to go to the table again,” Salek said.

He said the Polisario accept autonomy as one option on the referendum, with the other being fully-fledged independence from Morocco.

He accused the Moroccans – and without mentioning them by name, the US and France – of shying away from committing to the referendum.

“The Moroccans are not moving,” he said.

But is South Africa’s policy on Western Sahara moveable at all?

“We have never blinked, never looked the other way,” Nkoana-Mashabane said of South Africa’s position on Western Sahara. “We consider the struggle of Western Sahara as our own.”

“We shall leave no stone unturned [in advancing the plight of the Sahrawi on the world stage],” she said.

“We fight fiercely for the independence of our foreign policy.” DM

Photo: Polisario Front soldiers take part in a parade for the 35th anniversary celebrations of their independence movement for Western Sahara from Morocco, in Tifariti, southwestern Algeria February 27, 2011. REUTERS/Juan Medina