Dissent within the ranks: Where does the opposition to Obama’s SA visit come from? 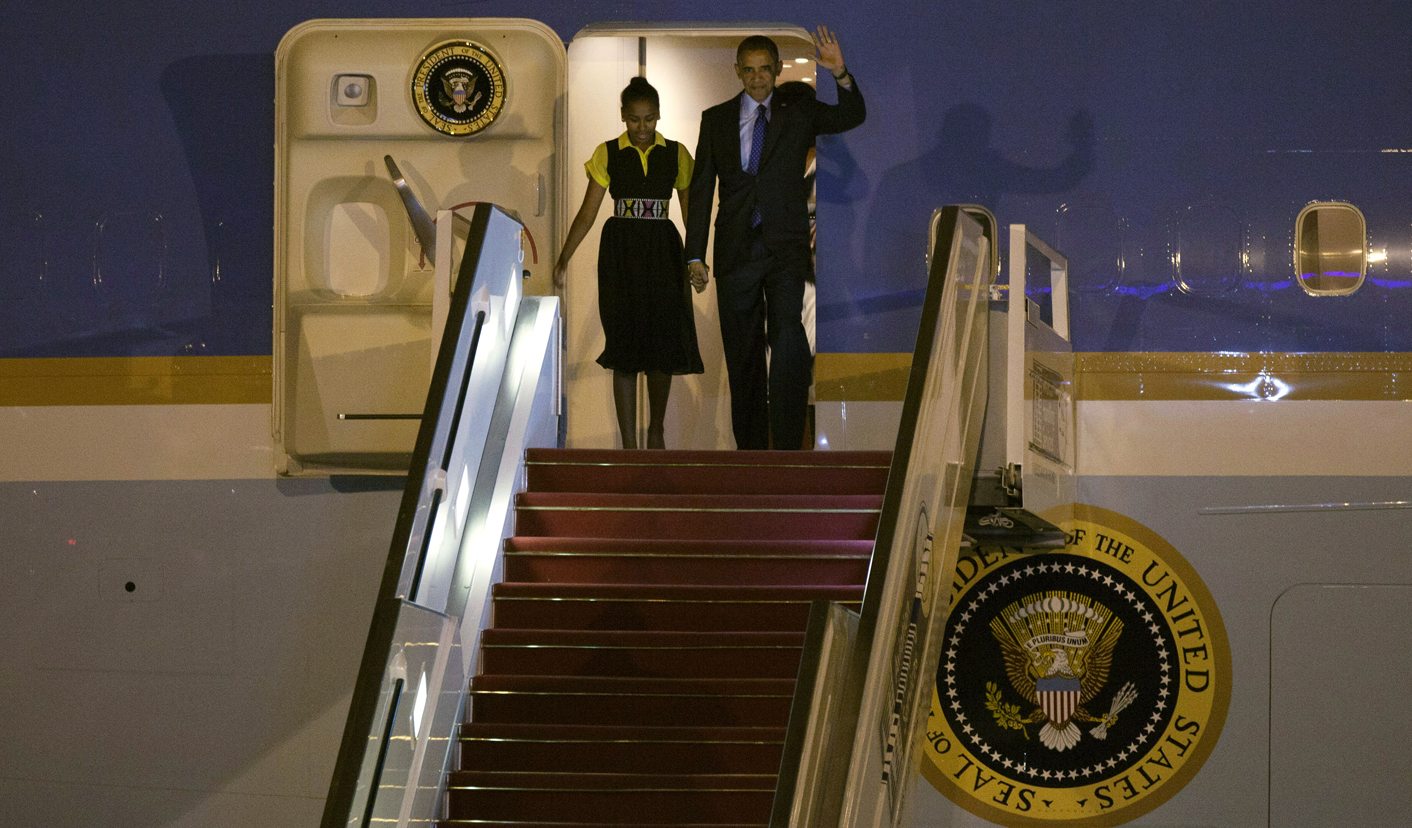 While the South African government has – officially, anyway – expressed its elation at the impending visit of US President Barack Obama, there are those who hold rather opposing sentiments. Most notably, two out of three members of the ruling tripartite alliance will be joining protests against Obama. By KHADIJA PATEL.

Barack Hussein Obama won the 2009 Nobel Peace Prize, less than nine months after his inauguration. The prize was said to be in recognition of “extraordinary efforts to strengthen international diplomacy and cooperation between peoples” while fostering “a new climate” in international relations, especially in reaching out to the Muslim world.

At the time, Obama’s Peace Prize was highly controversial. The Nobel committee said it hoped the award would “contribute a little bit for what he is trying to do,” adding that it hoped to assist Obama’s foreign policy efforts. Others felt that Obama was being awarded for simply being an American president who was not George W. Bush.

Forty months on, Obama’s Nobel peace prize was described by one American commentator, RootsAction co-founder Norman Solomon, as the “most appalling Orwellian award of this century”.

Earlier this year, an online petition was urging the Norwegian Nobel Committee to revoke Obama’s Peace Prize. And while the goal of 25,000 was easily reached, the petition (much like all online petitions) was an exercise in futility.

According to statute 10 of the Nobel Foundation: “No appeals may be made against the decision of a prize-awarding body with regard to the award of a prize.” Still, the fervour with which the petition was signed showed that some of the allure of Obama had worn off.

When Cape Town mayor Patricia de Lille announced plans to award the freedom of the city to the Obamas last year, she certainly had not detracted from Obama’s politics of hope.

“In a cynical age, there is a desperate need for universal hope,” she said. “Hope that acts as a reminder that, no matter what the odds, even the supposedly unattainable is within our grasp.”

She compared Obama and First Lady Michelle to guiding stars along a journey that entailed overcoming prejudice and racial exclusion. The Obamas, to her, are symbolic of the hope that a future of equality is indeed possible.

And yet the announcement of the award sowed disunity in the Mother City. Cape-based Muslim organisations were particularly vociferous in their opposition to the freedom of the city being awarded to Obama. This, after all, was an award that had been bestowed on the likes of Nelson Mandela. And Obama’s wont for extrajudicial killings using unmanned drones in Pakistan and Yemen has severely undermined his “extraordinary efforts to strengthen international diplomacy and cooperation between peoples”.

There is also the little matter of Obama’s brokering in the Israeli-Palestinian conflict. He has continued the rich tradition of American diplomacy in the Middle East that promotes American interests over justice and human rights.

It is particularly Obama’s own human rights record that has spurred opposition to a decision by the University of Johannesburg (UJ) Senate to award an honorary doctorate to Obama.

There is even the oddly-named “UJ, no you can’t honour Obama!” coalition, which includes the UJ Student Representative Council, the ANC Youth League, the South African Students Congress and the Palestinian Solidarity Forum. It has said, “[Obama’s] presidency now supersedes that of his predecessors in terms of human rights violations.”

According to the Coalition, bestowing such an honour on Obama brings the university into disrepute.

Ebrahim Bham, Secretary General of the Johannesburg-based Council of Muslim Theologians, has also echoed much of the criticism made by the Coalition, and sought to stress that human rights organisations like Amnesty International and Human Rights Watch have also called into question Obama’s use of drone warfare to combat terrorism. “It is not only South African trade unions or some ‘fringe peace activists on the left’ who have condemned Obama’s policies and his human rights record,” Bham said in a statement on Wednesday.

As Osiame Molefe pointed out in a post on “Africa is a Country” on Wednesday, the ANC itself is not exactly a cheerleader of US foreign policy under Obama. The ANC refused a request by Lindiwe Mazibuko, the parliamentary leader of the opposition, the Democratic Alliance, to call Parliament from its mid-year recess to allow Obama to address the National Assembly.

“The rebuff reflects in part the strong opposition to American foreign policy from within the ANC’s ranks and those of its alliance partners, particularly the influential Congress of South African Trade Unions,” Molefe wrote.

Trade union federation Cosatu will participate in a protest against Obama’s visit on Friday in Pretoria. “Cosatu joins the millions of people and workers the world over, particularly on the African continent and in South Africa, who are outraged at the horrifying record of US foreign policy in the world,” the trade union federation said, as it called on its members to join the protests against Obama’s foreign policy during his visit.

The South African Communist Party, another of the ANC’s alliance partners, will join the march to the US Embassy on Friday to present a memorandum of demands “calling for the urgent release of the Cuban Five revolutionaries currently detained in USA prison and for the lifting of the inhuman economic blockade against Cuba”.

So while the tripartite alliance voices its opposition to Obama’s foreign policy on the streets, its comrades in government will be welcoming him warmly in the Union Buildings. It lends credence to a theory of a schizophrenia that characterises the ANC, talking one way on the streets while walking another way in government. DM

Photo: U.S. President Barack Obama waves as he arrives with his daughter Sasha in Dakar airport, June 26, 2013. Obama and his wife Michelle will visit Senegal from June 26 to June 28 before traveling to South Africa and Tanzania. REUTERS/Joe Penney