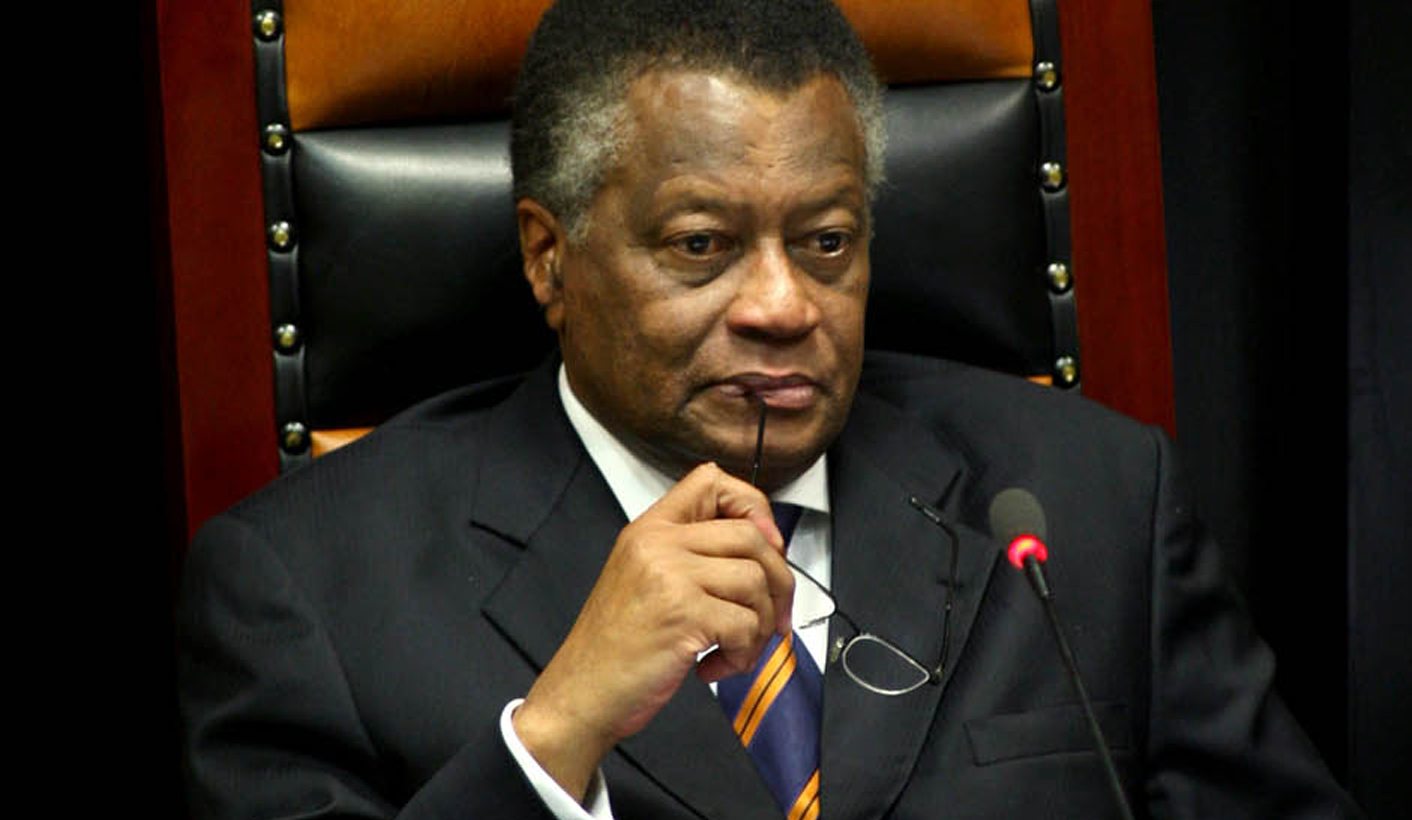 Max Sisulu has slated members of parliament for using foul language to make political points. The National Assembly speaker said remarks of a “racist, sexist, personal or hurtful nature” were out of order. He appealed to MPs to “refrain from resorting to uncouth or unbecoming language”. Last week’s parliamentary sittings were characterised by robust name-calling on the part of MPs, who called each other “clowns”, “mascots”, “acceptable darkies” and “bad dressers”. ANC MP John Jeffrey was ordered to apologise to DA parliamentary leader, Lindiwe Mazibuko, for a comment on her weight. “I would like to take the opportunity to apologise,” he said as “the statement was not intended to be sexist”.

Two South Africans, working for state-owned weapons company Denel, have been killed in an attack on a United Nations compound in Mogadishu, Somalia. Denel spokeswoman Vuyelwa Qinga said the identity of the victims was not yet known. “We have sent someone to Somalia to inform us from the ground,” Qinga told Reuters. Interior minister Abdikarim Hussein Guled told reporters they had confirmed “four UNDP foreign staff who were responsible for security, four Somali guards and seven militants” had died in the attack. A car bomb exploded outside the gate of the United Nations Development Programme (UNDP) base and attackers then ran inside and opened fire on security guards, UN sources said. The al Qaeda-linked Islamist group al Shabaab claimed responsibility.

MURDERED COP WAS DUE TO TESTIFY IN HIGH PROFILE MURDER TRIAL

The senior Gauteng police officer murdered outside Pretoria was due to testify in a high-profile murder case in the Johannesburg High Court, The Times reported. Johannesburg Central Cluster commander, Major General Tirhani Maswanganyi, was found dead in a field, with his hands and feet bound. The newspaper said it was believed Maswanganyi was involved in a police corruption case, which police refused to confirm. Police are offering a reward of up to R100,000 to anyone with information leading to a successful arrest of the person responsible. Brigadier Neville Malila said detectives from the Organised Crime and Provincial Investigation unit were working on the case.

Al Qaeda is not responsible for kidnapping a South Africa couple in Yemen, says the founder of Gift of the Givers, a humanitarian organisation helping efforts to rescue Pierre and Yolandé Korkie. Dr Imtiaz Sooliman told Die Burger the Korkies were abducted by a criminal gang of nine armed men, in the city of Taiz. Sooliman said Gift of the Givers’ project manager in Yemen, Anas al-Hamati, was working with the government and Yemeni authorities to make contact with the kidnappers. Sooliman said Al-Hamati became involved because he was worried, angry and embarrassed that South Africans had been kidnapped as South Africans were regularly giving assistance to people in Yemen.

ANC COUNCILLORS IN FREE STATE IN COURT OVER MUTHI MURDERS

The Democratic Alliance in the Free State says it is “shocked” at the arrest of three ANC councillors and three prominent business people in connection with a series of muthi killings in Ficksburg. Patricia Kopane said in a statement the allegations of the involvement of ANC councillors was of “great concern as innocent people are alleged to have been victimised and subjected to gruesome killings by their leaders who were supposed to protect them”. She said the ANC should take “stern action” against its members and suspend them until they have been proven innocent or found guilty in a court of law. A Bloemfontein court heard that victims allegedly had their organs removed and sold by the accused.

Demands by the South African Democratic Teachers’ Union (Sadtu) are holding back discussions on teachers’ pay. Public service minister Lindiwe Sisulu said the Presidential Remuneration Commission was to review pay and working conditions of teachers, but could not begin the process until Sadtu dropped certain demands it was making. Sisulu said she was meeting union representatives with the aim of “striking an agreement” with the union. Some teachers who’d been in service for 20 years were earning less than receptionists, Sisulu said, adding that her department had never used a scientific instrument to understand how jobs are graded and what monetary value jobs in government had. The commission, chaired by former chief justice Sandile Ngcobo, would look into such issues.

Seventeen South African drug mules have been arrested since January with the latest, a security guard from Cape Town, taken into custody in Mauritius. A report in the Daily News said anti-smuggling authorities, acting on a tip-off that he’d swallowed 17 pellets containing heroin, arrested Hendrik Gouws at the Sir Seewoosagur Ramgoolam International Airport. Less than 24 hours earlier, another South Africa, Juric Johannes Botha, was sentenced to 33 years imprisonment in Mauritius for drug trafficking. Two other South Africans were arrested in Argentina last week. Patricia Gerber, director of Locked Up, an organisation that assists South Africans incarcerated abroad, said Gouws had been “profiled” by he Mauritian Anti-Drug and Smuggling Unit (ADSU) when he left Cape Town.

DA WANTS MOTION OF NO CONFIDENCE IN MATHALE

Limpopo premier Cassel Mathale spent thousands of rands of taxpayers’ money chartering helicopters to travel around the province, good enough reason, says the Democratic Alliance, for a vote of no confidence against him. The Star reported that Mathale spent R60,000 travelling 161 kilometres. DA caucus leader in the Limpopo legislature, Desiree van der Walt, said speaker Rudolph Phala – who previously refused to allow a motion of no confidence against Mathale – has “no choice but to allow the no-confidence debate to remove premier Mathale in the light of ongoing abuses”. Five departments are already under administration over corruption and violations of the Public Finance Management Act. Mathale also used a helicopter in January this year.