No romantic end for Dortmund, but German football’s f... 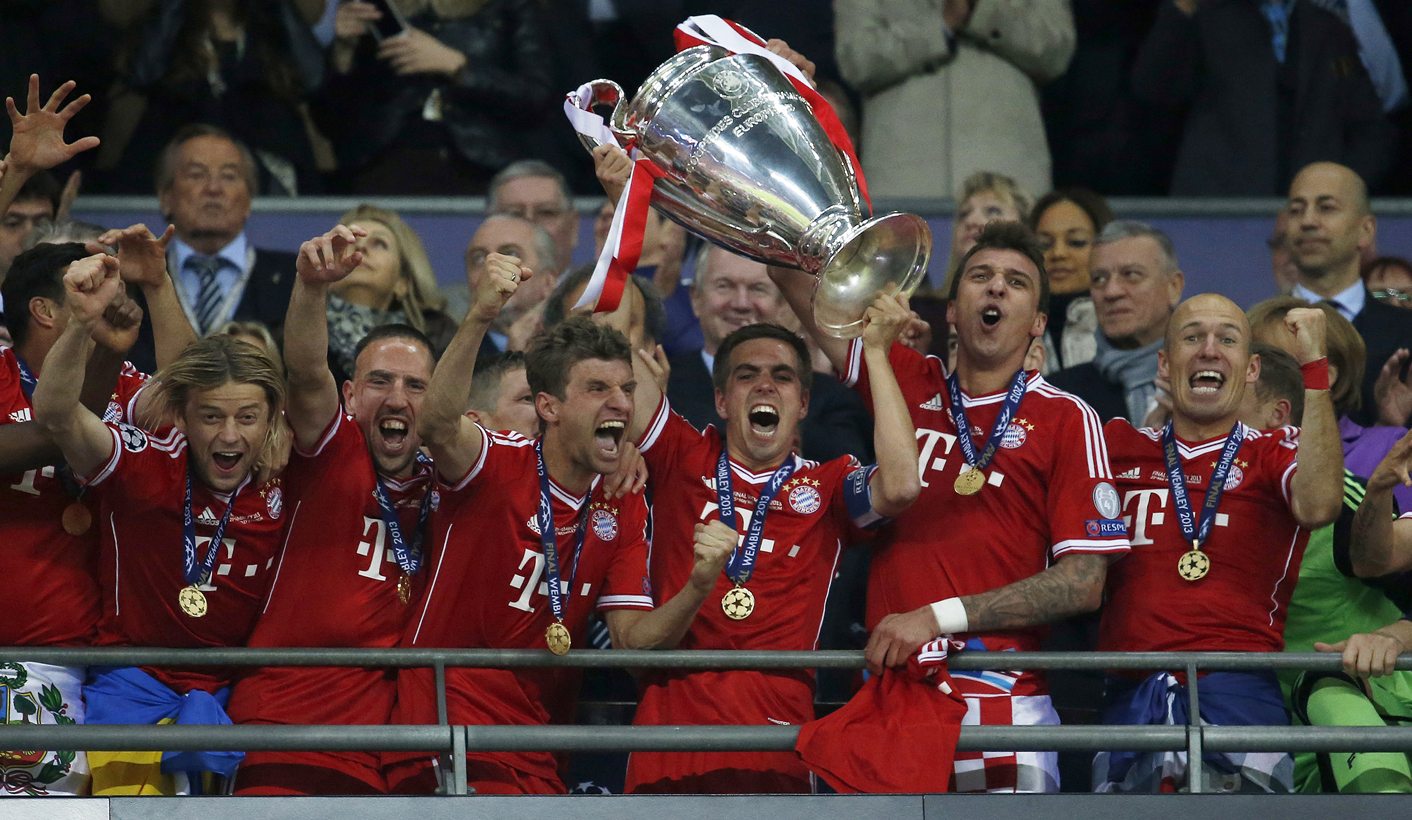 For the football romantics, Bayern Munich’s triumph over Borussia Dortmund in the Champions League final on Saturday night might have been heart-breaking, but there’s solace in a rather sprightly future for German football. By ANT SIMS.

Jurgen Klopp didn’t mince his words after his Dortmund went down 2-1 against Bayern Munich in the Champions League final, thanks to a late goal from Arjen Robben. Robben had been utterly erratic and misfiring through the game, but for all his missed chances, his late strike was sublime. A tumbling trapeze which shattered Dortmund’s hearts and allowed Bayern to get over the line after so much disappointment – and a direct contrast to what happened 12 months ago when he missed a penalty in the final against Chelsea.

It was never going to be an ordinary final. For the top-cup to be kept between two sides from the same country is a rare occasion; it was only the fourth time in the history of the tournament that it had happened, with Manchester United and Chelsea doing it in 2008, Milan and Juventus in 2003 and Madrid and Valencia being the first two sides from the same country to reach the final in 2000.

London had turned German for a day, and anticipation was thick with hundreds of thousands of German supporters descending on the UK capital – with or without tickets, but with their colours on display all day as the atmosphere started to build towards an emphatic crescendo.

In finals, teams often abandon the luxury of constant attack and many try to hold on for that one lucky break. But this wasn’t a usual final and, for the most part, the charismatic Borussia Dortmund looked like they might just have Bayern’s number. Yet Dortmund slowly but surely let their guard down and Bayern tipped the scales of control, only to seal the deal in the dying seconds of regulation time.

Dortmund might yet wonder, ‘What if?’ What if Mario Gotze had been fit? What if Dante was sent off for the challenge, which resulted in Ilkay Gundogan’s opportunity to equalise through a spot kick? And what if Robben failed to find his mojo the whole night?

For Klopp, there was a bright side to it all. The effervescent German was honest in his response.

“I saw it in the game and I was sure you could give a second yellow card, and when I saw it on television, I thought you had to give it,” Klopp told a news conference when asked about Dante’s escape.

“In the history of football there were refereeing decisions worse than this. Eleven against 10; after that, we are the winner? I don’t know.”

For Dortmund, the greatest disappointment perhaps lies in the fact that it will take some time before they reach such tremendous heights. There’s no shame in their result against Bayern; it’s a team that lost just one match in all competitions this season, and Klopp revelled in the character his charges showed throughout the season.

“We will come back; maybe not to Wembley, but we will try to come back to another final,” he joked.

“The team played a great game; they gave everything they had. They really deserved to equalise. I feel pride come up in me and sadness goes away. It was a great season from my team and a really great match, perhaps the best match against Bayern in the Champions League this season,” Klopp added.

Dortmund has rebuilt its side, with Gotze on his way to Bayern and Robert Lewandowski’s future also in doubt. But Klopp is no stranger to having to start over: he’s had to do it before, when Shinji Kagawa and Nuri Sahin left the club. The German boss isn’t too fussed, though, and looks forward to a much-deserved end-of-season break.

“Now we have to go on holiday; buy some players, because others clubs want our players. Next week I have much work to build a new team and then I hope I am on holiday. I think we’ll get a pretty decent team together, I wouldn’t worry about that.”

Dortmund will end the season as nearly men, coming second in both the Bundesliga and the Champions League, but they’re not second with winning over the hearts and adulation of football fans across the world. Adulation might not buy players and triumph, but they’ve reawakened the romance of German football.

Bayern, on the other hand, now has to focus on continuing its legacy. The team has a chance to bag the treble in the German Cup final against VfB Stuttgart next Saturday, as boss Jupp Heynckes bows out to make way for Pep Guardiaola.

The outgoing coach believes the Bavarians have entered a new era, and if bouncing back after the Chelsea defeat last year is anything to go by, it should be one heck of a season coming up.

“Bayern will have to prove that they can continue to achieve these things, but it is quite possible a new era might have begun for Bayern Munich,” Heynckes told a news conference.

“We didn’t resign ourselves to our fate (after the Chelsea defeat),” Heynckes added. “We upped the ante and tried even harder. You have seen the result.”

Photo: Bayern Munich’s players celebrate with the trophy after defeating Borussia Dortmund in their Champions League Final soccer match at Wembley Stadium in London May 25, 2013. Bayern Munich overcame the heartbreak of losing two Champions League finals in three seasons by beating Borussia Dortmund 2-1 in a memorable all-German clash on Saturday to become European champions for the fifth time. REUTERS/Eddie Keogh