Mmusi Maimane on how to turn Johannesburg around 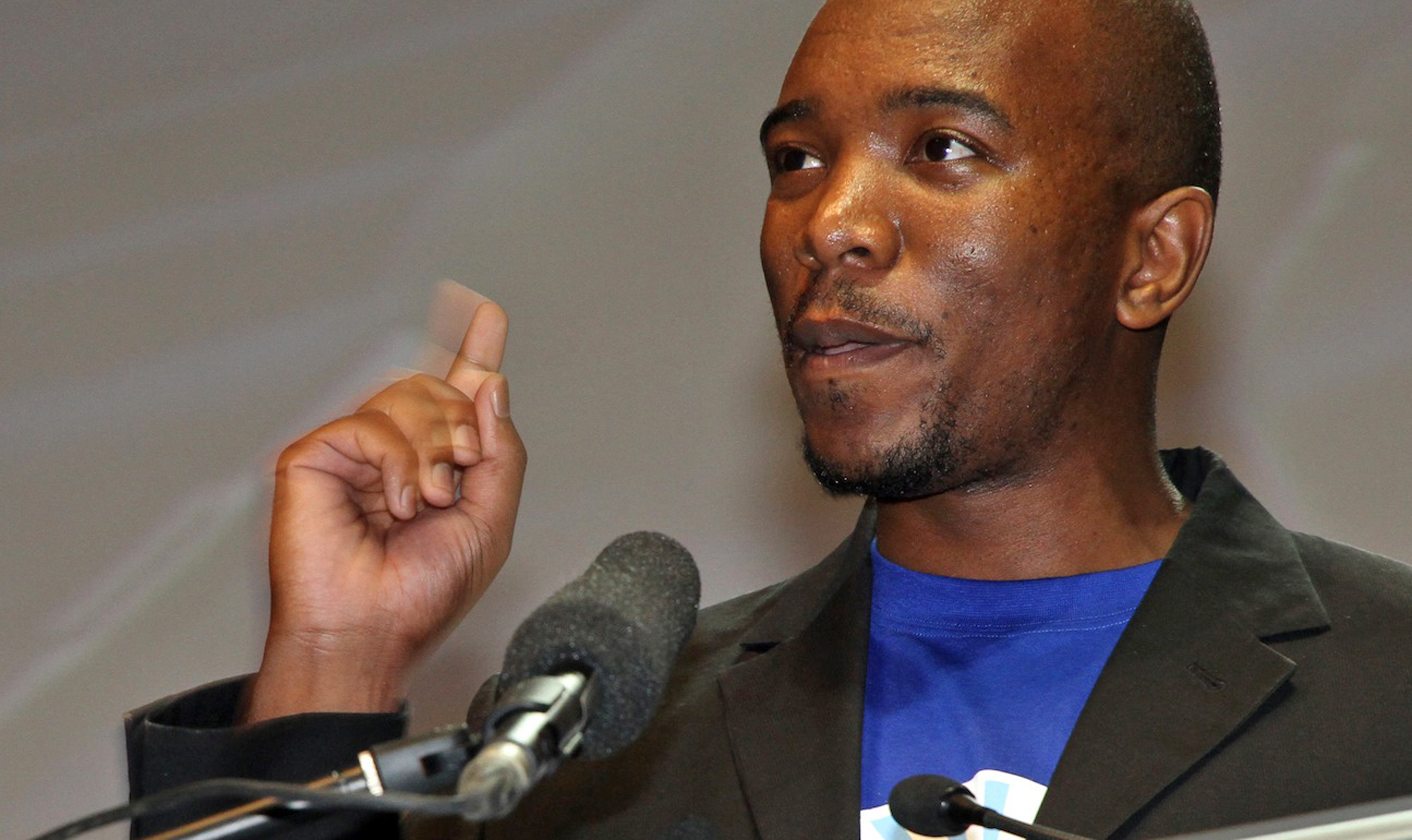 City of Johannesburg mayor Parks Tau is due to deliver the state of the city address for 2013/2014 on Thursday, and as usual the official opposition party the Democratic Alliance presented its notes first. It wants the city to focus on crime, housing delivery, infrastructure spend, the billing crisis, corruption and growing the city economy and its equitable share. By SIPHO HLONGWANE.

The tenure of Johannesburg mayor Parks Tau can be described as disastrous, according to Democratic Alliance caucus leader Mmusi Maimane, for failing to address the most pressing needs of the people, while allowing corruption and underspending. The party delivered its list of things it wants the African National Congress run city to address, which broadly address service delivery, corruption and the collection of revenue.

Maimane said, “Many of the programmes that the Mayor promised last year are not being effectively implemented. This has a significant impact on poor residents, since they are most dependent on these services. It is concerning that the City of Johannesburg is not only failing at delivery, but also at administration. The auditor-general’s investigations indicate that the City is failing to manage its money adequately, and that corruption and fraud continues to weigh the City and its finances down.

“On top of the service delivery backlogs and the financial mismanagement, the City has also been rocked by serious corruption allegations. The public protector is currently investigating the alleged fixing of a R1.2 billion smart meter tender to known ANC benefactor, Vivian Reddy,” Maimane said.

The DA wants Tau to focus on six things in his speech on Thursday: encourage small business growth and spend the expanded public works programme, the implementation of a crime-fighting strategy, effective delivery of housing, full spend on infrastructure, sort out the billing crisis, and fighting corruption.

Maimane called on Tau to take leadership by pronouncing on the Reddy allegations. He also called on the city to stop pretending like the billing crisis was over.

He said: “The latest problem to hit the City is the announcement that all billing queries outstanding for longer than 90 days will be unilaterally closed. This means that billing queries – mostly lodged as a result of the billing crisis, and most unresolved due to the unresponsiveness of the billing assistance system – will be closed down, with moneys paid by the affected residents simply disappearing into the system. This is completely unacceptable and will affect many residents who through no fault of their own have incurred incorrect bills.”

Johannesburg is only investing 3% of its budget on infrastructure – a far shortfall from the 18% required by national treasury guidelines.

“This massive shortfall means that the City’s infrastructure is systematically deteriorating over time. The City now loses more than R2 billion per year in water and electricity distribution losses, partially due to deteriorating infrastructure,” Maimane said.

One of the biggest scandals to hit Johannesburg in recent times has been the billing crisis, where thousands of residents found themselves either not getting a bill, or getting a massively inflated one. This is has caused countless cut-offs, and also a drop in the collection of revenue, as people have not been paying their wrong bills. Frustratingly, the city’s political leaders have always maintained that there is no crisis, despite all the complaints and the obvious danger to the city purse. The problem has its roots years ago when the current mayor served as a Member of the Mayoral Committee for Finance under Amos Masondo, who also declared that there was no billing crisis. In spite of many public campaigns, there is just no energy to get it sorted out.

The DA also wants Tau to fulfil a promise he made in last year’s address, when he said that the city would implement a JMPD 10+ programme, aimed at placing at least 10 police officers in every ward.

“The JMPD 10+ programme, which was supposed to ensure the deployment of at least 10 new JMPD officers to each ward, has at best been only partially implemented. The Mayor must explain why this happened, and what will be done to fix the programme,” Maimane said.

The city’s housing list also needs fixing. Delays to this kind of service delivery are one of the many reasons for frequent protests by citizens. According to the DA, there is a big backlog in the placement list, and this is an administrative fault. He also wants to establish housing estate offices all around the city, like they have done in Cape Town, to allow people to update the information on the ‘shambles’ list themselves.

“A municipal housing demand database support programme also needs to be established in order to ensure that accurate, tamper proof data is used to select beneficiaries for human settlements projects,” he said.

The city exists in a state of almost perpetual war against various groups of citizens – some ratepayers have been struggling for years to have the billing situation sorted out, while poor administration is also causing delays to service delivery in the social welfare area, which often leads to violent service delivery protests. It is causing unnecessary tension throughout the city, according to the DA.

The one thing that no Johannesburg citizen will want to hear Tau say is that there is no crisis in the city, and everything is going swimmingly. It isn’t, and that tune needs to change now. DM