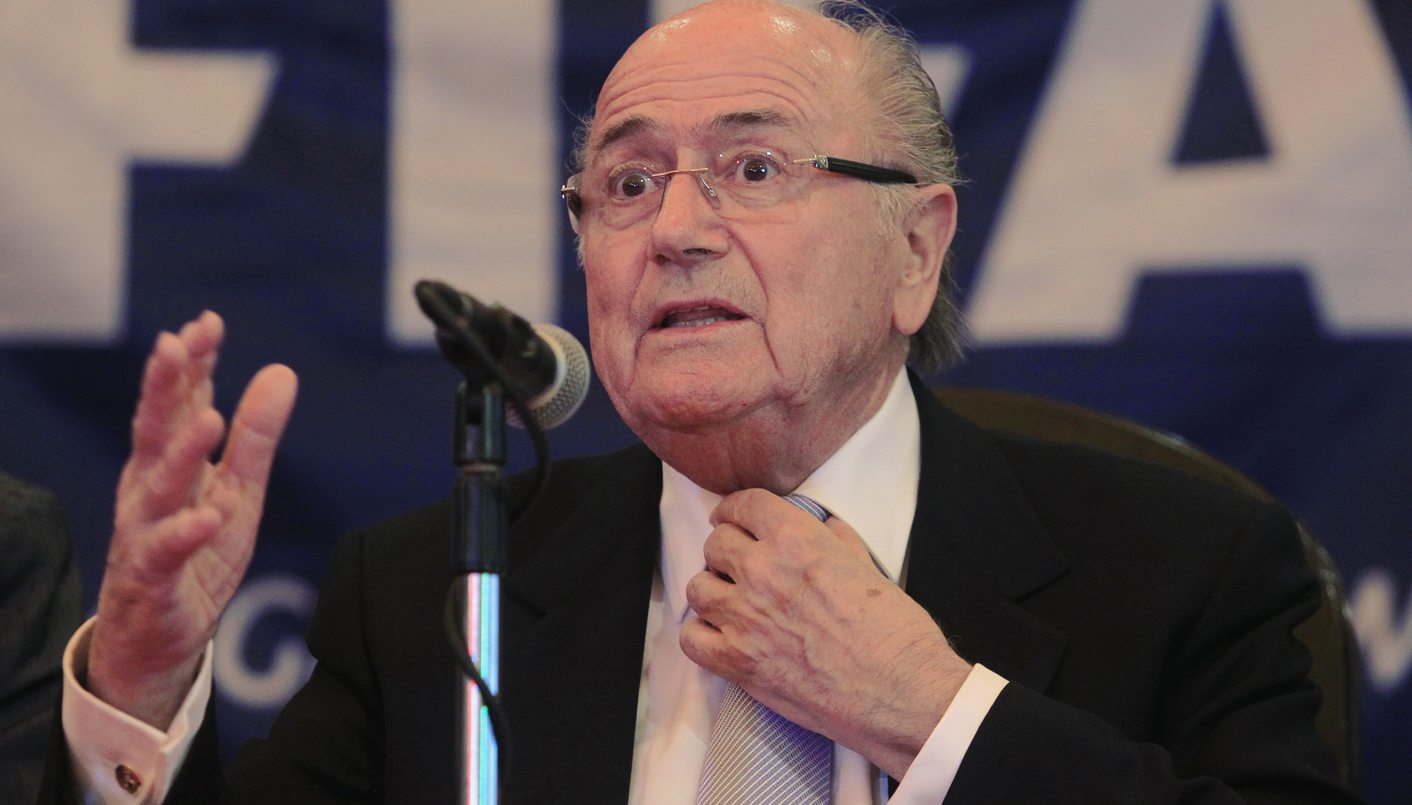 A females-only seat has been created on FIFA’s executive committee after the organisation last year co-opted a woman into its ExCo for the first time in over a century. Whoever is appointed to the role faces one seriously tough task, though. By ANT SIMS.

It’s staggering to think that an organisation which has been in existence for over a century only appointed a female to its executive committee for the first time last year. It’s especially staggering since said organisation often champions women’s sports and everything that goes along with this.

Yet that’s the case with FIFA. A woman was co-opted into the ExCo last year, and next month, four candidates will go head-to-head for a newly created seat, specifically adopted to feature only  women. The idea was first proposed by FIFA president Sepp Blatter in 2011 and adopted a year later.

It’s taken a while, but Australian candidate Moya Dodd is confident that the position will be the first step in eradicating gender inequality from the game, and the former player insists that it is not simply a token position.

Dodd is up against New Zealand’s Paula Kearns, Sonia Bien-Aime of the Turks and Caicos Islands and Lydia Nsekera, the President of the Burundi Football Association, who was the co-opted member of FIFA ExCo last year.

The seat winner will be decided by a vote during a FIFA Congress in Mauritius on 31 May. It’s a small step in the right direction, but the woman who gets elected will almost certainly still face some tough challenges.

“For me personally it would be a very significant step. I hope that whoever takes the seat makes a real, tangible contribution and I suppose exceeds expectation as to what she can contribute,” Dodd said in an interview with Reuters.

“There are some absolutely outstanding women in football globally, some aspiring, very competent women, and it would be great to see that contribution happening in the FIFA ExCo, the top table of world football.”

FIFA has been in hot water for its treatment of women for years. Back in 2004, Blatter suggested one way to increase the popularity of the women’s game would be to “let women play in more feminine clothes like they do in volleyball”, suggesting  tighter shorts to promote “a more female aesthetic”.

In March, anti-corruption expert and member of FIFA’s reform committee Alexandra Wrage accused the world governing body of ‘blatant sexism’ after she said an unnamed FIFA official told her that it was not acceptable for a woman to hold such a role in the organisation. She resigned in April.

While Wrage’s reason for resigning was a perceived lack of progress from the organisation in improving internal transparency, she had previously accused the organisation of sexism. Wrage said she was told at a lunch meeting that the nomination of any female candidates to sit on a key ethics committee to investigate allegations of wrong doing was “entirely unacceptable”.

Dodd believes that football is still against women, but that a small change can help the organisation progress in the right direction.

“Is it a token position? I wouldn’t treat it as that. If you are given an opportunity to contribute to the top table then you have got to make the most of that opportunity. I do think the football world is tilted against women from the time they begin to play or don’t, as the case may be, right through to the opportunities for coaching, refereeing and other non playing on-field activities through to the governance structures, committee rooms and boardrooms.

“That is the world we live in and that’s why it’s so important that these positions are being created for female members around the world.

“I have sat in boardrooms and it is easy for women’s football to slip off the agenda or become a low priority. If we have women in the boardroom advocating for it, then it is going to be much be much better represented and I hope I can do it.”

One seat in a committee with 14 members is seemingly insignificant, but it could pave the way for women to go head-to-head with men for roles within the organisation. The problem is that FIFA governs everything and nobody governs FIFA. Nobody wants to see token positions created in order to keep the peace, and while Blatter has been very vocal and full of praise for the female seat on the executive committee which is up for grabs, there will always be undertones of it simply being something designed to keep a lid on outrage.

Dodd, however, is positive that progress, especially in a seemingly archaic institution like FIFA, will take time to change and next month’s vote is one step towards that change.

“All things happen eventually, but it would be a long time. So creating seats for female members will accelerate something that would otherwise be a very slow process. I’m not sure when you will get to the stage where female members are challenging for the seats that are not reserved for them. But this is a step towards it, so it’s a good thing,” Dodd said.

Progressive it might be, but the issues women’s football faces stretch far beyond funding and suits understanding the game. A big issue in the game, especially in African countries, is the intolerance of homosexuality in teams.

Earlier this year, FIFA had vowed to investigate claims that Dilichukwu Onyedinma, chair of the Nigeria Women Football League, said “any player associated with it (being gay) will be disqualified.” The chair was verbally reprimanded, but no other action was taken.

FIFA has an “anti-discrimination policy” in place, but to eradicate inherent attitudes from different cultures is a task close to impossible.

Whoever wins the women’s seat at the election faces a massive task. The elected candidate will have to be in tune with what is acceptable by different cultures, all while trying to ensure the basic needs of women’s football is taken care of.

It’s a pretty big task for one person, and one can only hope that the men who still hold their seats will listen to the lone female voice and fight in her corner. DM