Soweto: Inside a nyaope dealer’s den 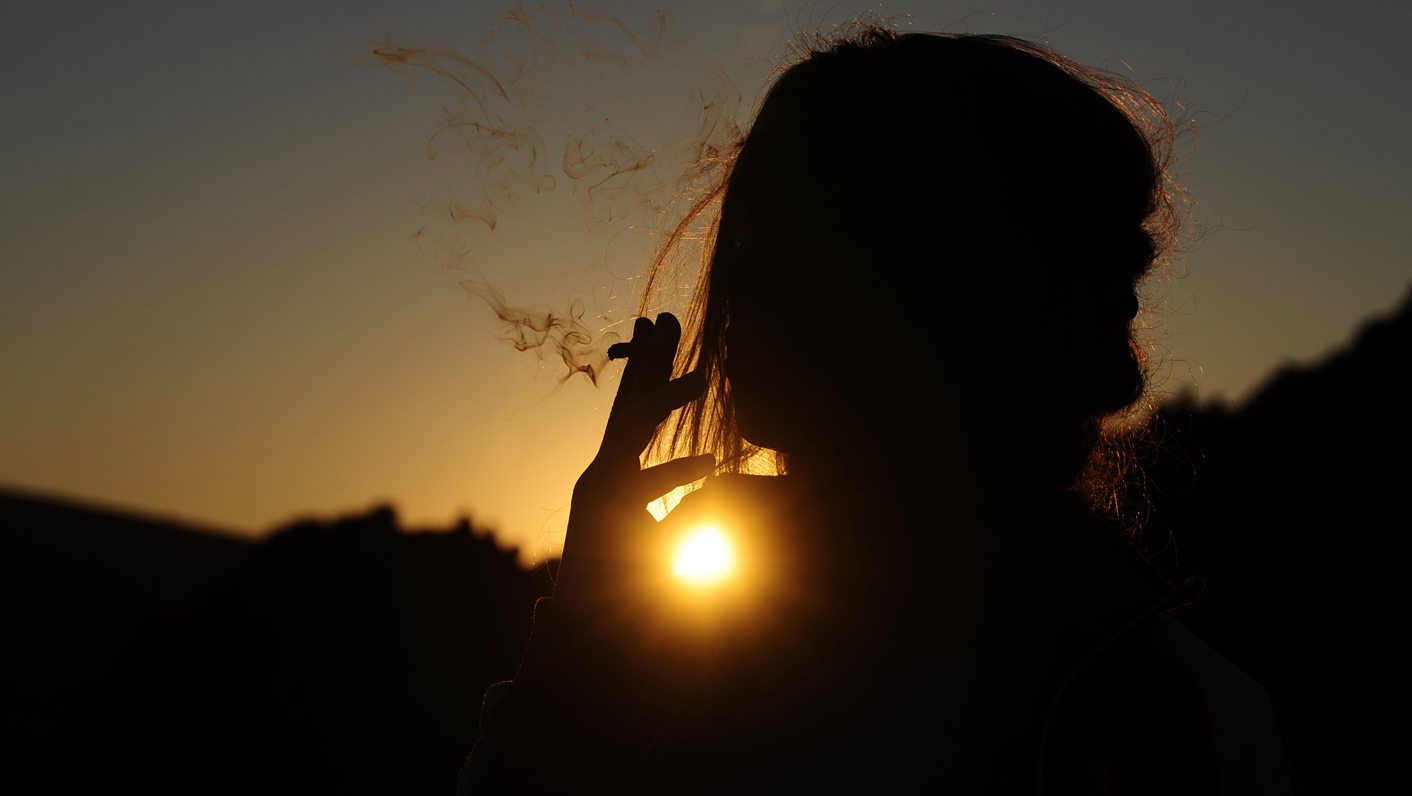 Street drugs like nyaope and tik are destroying the futures of South African youth and ruining the lives of their parents. When they should be in school, addicted children are scavenging for money to finance their habits. Daily Maverick visits a Soweto nyaope dealer and looks at the issue. By BHEKI C SIMELANE and GREG NICOLSON.

A friend leads the way to the home of a nyaope dealer in Protea South, Soweto. While waiting for the dealer, two boys in school uniform walk in through the gate – an old mattress hinged on one side and tied with wire on the other. The boys are relaxed and familiar with the dealer when they meet. They make themselves comfortable on stones in the yard. Their white school shirts are deliberately concealed under the cover of worker’s jackets.

Nyaope (also called whoonga) is made from a cocktail of ingredients such as rat poison, heroin and antiretrovirals and is destroying the futures of youths in the area. Along with tik (methamphetamine) it’s a nightmare for many parents across the country as they pray that their own kids don’t fall to temptation.

Nyaope is a white powder that sometimes takes on a creamy tint. It’s usually sold in small parcels at R30 a portion. Boys in Johannesburg will tell you it all began in Pretoria, with Nigerians responsible for the supply.

Users begin with rolling paper because nyaope is hard to smoke in powder form. They add dagga, roll the combination in the paper, and light it up. The amount of dagga will depend on how strong the user wants the “stuff” to be. You’re not hungry when you smoke, the boys at the dealer’s tell Daily Maverick. You just want snacks.

Around Soweto you can see addicts going to extremes to finance their habit. From sheet metal to electric cables, water taps, gates, copper, aluminum; whatever they can lay their hands on, they steal. These are exchanged for cash in scrap yards. The amount of cash one receives depends on the weight of the goods.

Boys as young as 11 years’ old comb dumpsites in search of scrap metal. They compete with the local homeless, sometimes even their unemployed fathers who want the money for their own reasons. They spend hours at dumpsites, painstakingly separating plastic casing from copper cables. They burn the cables, revealing the copper inside. The charred remains are then removed, a task made easier after the cables have been burnt. Then it’s market time. Some prefer to squash the copper into a ball, believing that it increases the weight.

Another two boys, teenagers, walk into the dealer’s den. They aren’t in uniform but look young enough to be in school. They start teasing the pupils. “It makes you abandon class. You can no longer cope,” they jibe. The dealer hands them the parcels and they leave, watching suspiciously as they pass. It is only 11:00 in the morning; they should be in school.

They leave with their parcel, bouncing their shoulders in satisfaction as they walk. The two pupils are then served and they too leave, arguing over who should carry the parcel. The dispute is resolved and both disappear into the distance with their hands in their pockets.

The dealer – tall, female, about 40-years-old, who doesn’t want to be named – approaches and asks if she can help.

“They come from all over. These boys just love nyaope. Girls too, but girls are reluctant to come and buy for themselves so they prefer to send the boys,” she says. “There are girls, however, who do not mind coming here to buy.

“I do not have much in stock,” she acknowledges.

Most of the users are in trouble with the law, says the dealer. “Nyaope is the in thing,” says the friend who took Daily Maverick to the dealer’s house. “Everyone loves it. It has really made an entry.” It’s better than “bottle kop” – the old fad involving smoking drugs through the neck of a beer bottle like a pipe – because that requires more privacy, he adds.

Nyaope, however, is ripping apart townships and suburbs alike leaving in its wake a trail of destruction. It consumes its users while often destroying their school, work and family life.

Declaring a summit on how to combat the effects of nyaope, Gauteng agriculture, rural and social development MEC Nandi Mayathula-Khoza said in March, nyaope is one of South Africa’s greatest social and health problems, causing injuries like eye-impairment and splitting families apart.

Police statistics show 60% of crimes in South Africa are related to substance abuse and nyaope users form a significant portion of drug users. The drug hasn’t been classified as an illegal substance but the Department of Justice is moving to amend the Drugs and Drug Trafficking Act to ensure charges can be laid for possession and dealing of the drug. Charges will rely on the dagga and heroin commonly found in nyaope.

Shadow minister of social development Mike Waters said earlier this year that it must be classified as an illegal substance as soon as possible. At the Gauteng summit on nyaope Mayathula-Khoza committed to establishing a task team to have nyaope classified as illegal and assess the drug’s effects on communities. Her department is confident it will soon be made illegal.

The issue of drugs in society made headline news this week as  “Desperate moms and sisters” of drug addicts in Soweto published a letter describing their pain and begging President Jacob Zuma to take action.

They described a harrowing situation. Children go to work for drug dealers to get a free hit while young girls are working as prostitutes in the drug dens across the area, they said. Addicted sons and daughters have their parents and siblings in fear while they steal and threaten violence.

“We don’t trust anyone anymore. Everyone is corrupt. Help us lock up these murderers, drug dealers for good. Set up a special court for all drug related crime. Close down all the Lolli Lounges. Dismiss all corrupt cops that’s on a payroll. Call in the K9 unit. We need a rehab centre that will assist with detoxing our kids and give them a second chance at life. We need recreation centres to keep our kids busy, fix our parks and pools,” the family members begged.

The emotional plea has garnered much attention but it’s unclear whether it will do any good. Trade is booming at the Protea South dealer’s residence. After a brief moment of business, the dealer says she has run out completely. Another customer walks in only to be disappointed. “Oh, sorry, my brother, there is nothing left,” the dealer tells him. His face slides, the way water leaves a sink, and without saying a word he leaves. DM

● Letter to Zuma from ‘desperate moms, sisters’ on IOL