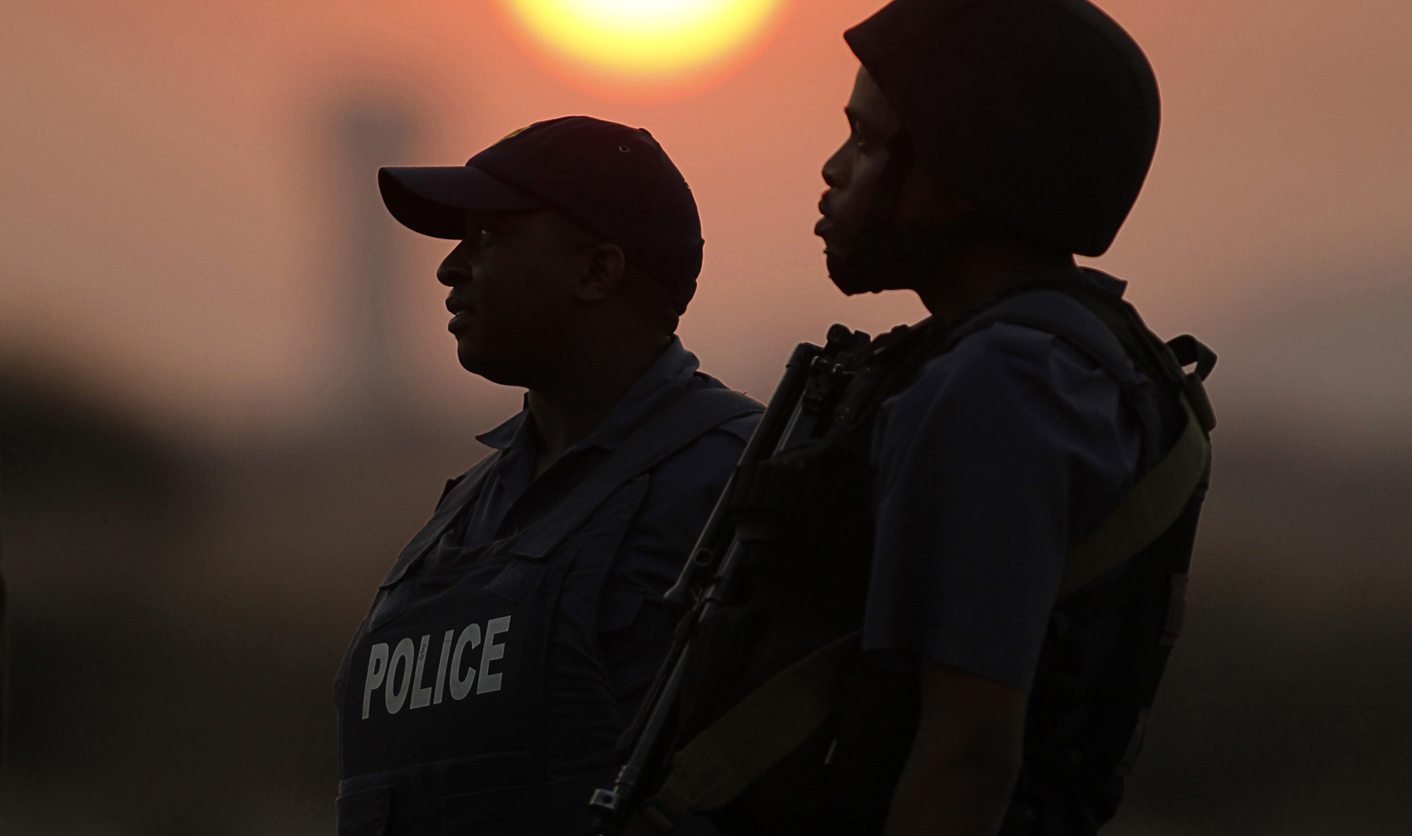 Major-General Charl Annandale of the special tactical operations division has been on the stand at the Marikana Commission of Inquiry, and has not found the going any easier than those who came before him. In his time, we have learned of communications trouble for the police on the day of the operation that killed 34 protesters last year, and also of possible breaches in command and control. The contradictions in police evidence have continued. By SIPHO HLONGWANE.

After the national police commissioner Mangwashi Phiyega gave evidence at the Marikana inquiry, Major-General Charl Annandale was called to the stand. He is the head of the specialised operations units of the SAPS, and was part of the chain of command on the day.

On Thursday, human rights lawyer George Bizos continued his cross-examination. He asked Annandale to read from the statement of a crowd control expert who said that the police’s approach to disarming, dispersing and arresting the Marikana protesters was problematic. This was based on the assumption that the operation mounted by the police was meant to disarm, disperse or arrest the entire crowd of about 3,000 men.

“I would not engage a perceived armed crowd of 3,000 protesters with these objectives (of dispersing, disarming and arresting) when there were other options available,” the testimony of crowd control expert Eddie Hendrickx said. “The purpose of an operation and the size of the gathering determined the number of police required. The accepted international ratio for a defensive operation is three protesters to every police officer, while for an offensive operation (including arrest) the ratio is one protester to every three police officer… Even if the protesters had laid down their arms and surrendered, there were probably insufficient personnel and resources in place to process them.”

Annandale said that he could not agree with Hendrickx. According to him, the police plan was never to disarm, disperse or arrest the entire crowd, but only a small group of about 300-400 protesters.

“I have mentioned we have 4,000 members of public order policing countrywide and an informal study we conducted found that at any given moment, about 34% of them would not be available for different reasons such as vacation leave, attending of courses, for many other reasons. That is not the ratio that we use in our deployment,” he said.

“The number of police officials that were deployed on this day in relation to 300 or so protesters who we had placed our focus on for dispersal and arrest, were more than one policeman for three protesters.”

Bizos and other lawyers spent time questioning Annandale on the reason for the police operation escalation. According to documentation handed in to the commission, the police would go into tactical mode once there was an escalation in violence. But records of a conversation between the North West police commissioner Zukiswa Mbombo and the national police commissioner Mangwashi Phiyega indicate that the plan changed, and the operation would be upped if the protesters refused to surrender their weapons. Annandale expressed his surprise at the news that the operation was changed before it even started.

Bizos also took issue with Annandale’s contention that the police wanted to treat the protesters as two groups. He read a statement by the North West operational response service head, Brigadier Adriaan Calitz, which said that the protesters were “acting as one group, and all of them associated themselves with the actions of each other with the same intention and goal”.

Bizos then put it to Annandale that his statements were being made to protect his fellow police officers. He said: “We will submit that [Annandale] is following the example that policemen do not contradict each other, they support each other irrespective of what the facts are.”

Annandale replied to say that only the commission could make a judgement on his statement.

On previous days, Annandale testified that on 14 and 15 August, the workers were starting to cooperate with the police. “Police made a proper plan and this group started seeing police as the new mediators to help them achieve their purpose of obtaining higher wages,” he said.

Then their attitude suddenly changed as police were seen as an obstacle on the 16th.

The commission also heard that the operation went ahead despite of a radio signal mix-up, meaning that the helicopters in the air and the units on the ground could only communicate in the most laborious fashion. The glitch also resulted in spotty audio recordings that omitted key moments.

It seems that lawyers will argue that there was a break in the command chain, not just the communication chain, meaning that the units at the small koppie area did not know what had happened at the big koppie just 13 minutes earlier, and may have acted differently if they knew that a dozen men had died already.