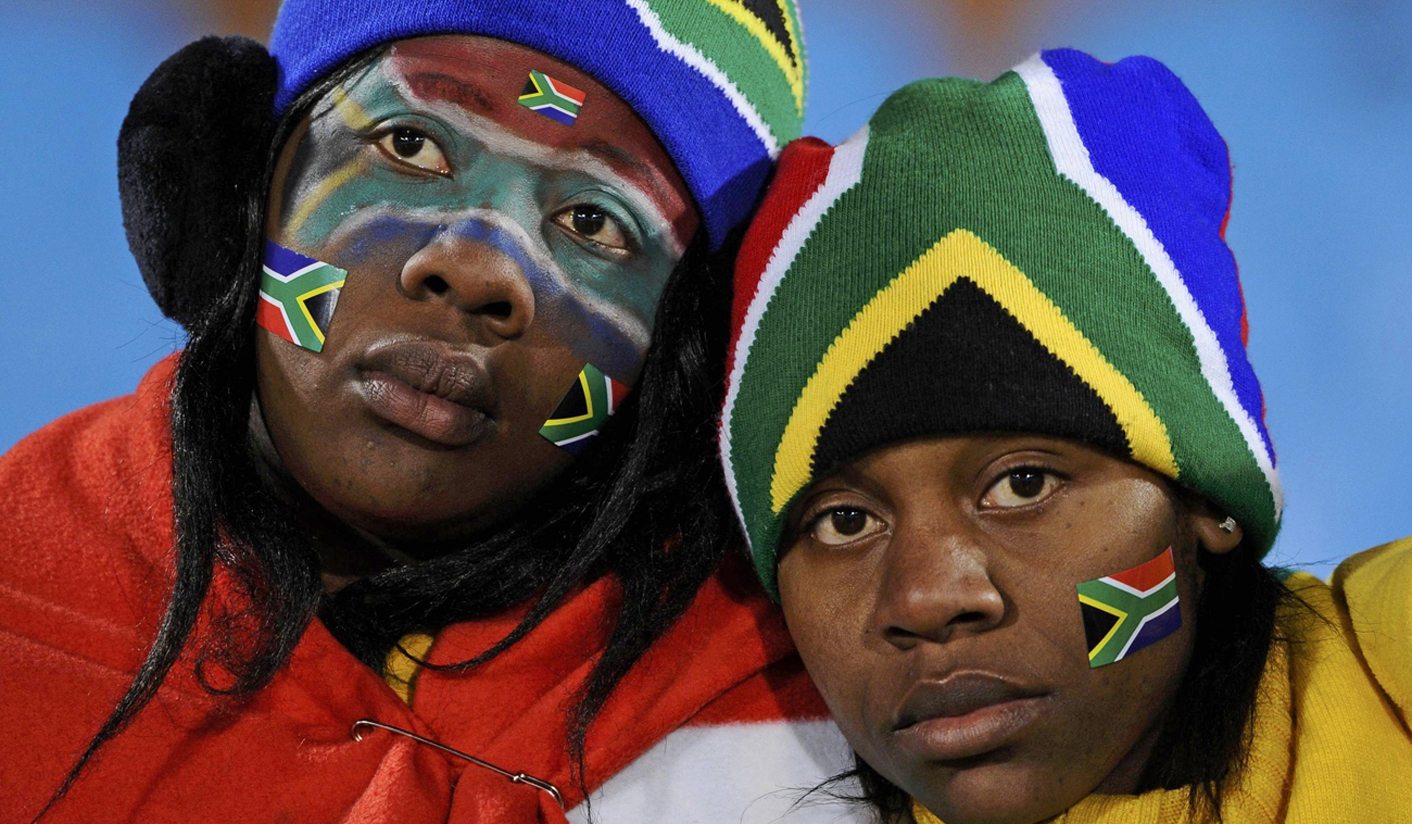 “Afrikaans and English no longer ‘white languages’,” read a press release from the SA Institute of Race Relations this week. The analysis of data from the 2011 census indicates that only 40% of South Africans who speak Afrikaans at home are white, while less than 34% of those who speak English at home are white. While isiZulu remains the most commonly-spoken language by quite a wide margin, it is English which is leading the way as the most preferred teaching language. By REBECCA DAVIS.

The idea that Afrikaans and English are no longer the sole province of white South Africans may makes for a sexy sound bite, but the truth is that this doesn’t represent a major shift in South African language use over the last decade, particularly when it comes to Afrikaans. The results of Census 2001 found that 13,3% of South Africans spoke Afrikaans at home, and by the time Census 2011 rolled around, this figure had risen only fractionally, to 13,5%.

The popularity of English as a home language has grown slightly more significantly, from 8,2% in 2001 to 9,6% in 2011, and this spurt has allowed English to move up a rung in the popularity chart. In 2001, English was tied for the fifth most spoken home language with Setswana, after isiZulu, isiXhosa, Afrikaans and Sepedi. By 2011, English was beating out both Sepedi and Setswana as the fourth most popular home language.

Possibly the more interesting finding, however, is the degree to which English is dominating the South African education system. Of the 12,2 million South African school pupils, just 850,000 (7%) speak English at home. But the SAIRR’s 2012 South Africa Survey, drawing on figures from the Department of Basic Education, found that 7,6 million of them (around 64%) wish to be taught in English. When it comes to Afrikaans, similarly, more pupils want to be taught in the language (11%) than speak it at home (9%), though it lags far behind English as a desired medium of instruction.

SAIRR researcher Thuthukani Ndebele said that the overwhelming dominance of English in the South African public school system is unsurprising, “reflecting a global trend for the preference of the language”. Ndebele notes that at least one in four people in the world speak English to some level of competence.

But language has always been a thorny issue in a South African context, and pragmatism of this kind has often not been considered sufficient to swing the debate. For illustration of just how heated these issues can become, South Africans have never had to look further than 16 June 1976, when the spark that lit the tinder box that was the Soweto Riots was the decision taken by the National Party government that Afrikaans should be a compulsory medium of instruction in secondary schools within the Department of Basic Education. That day is a powerful reminder of the significance and centrality of language to national identity.

In South Africa today, English is not just dominant in the education system, but also as the language of power. IsiZulu may be spoken in the greatest number of South African homes, but it is English that is heard in the corridors of power. Parliamentary proceedings are carried out overwhelmingly in English; Hansard, the record of what is said in Parliament, is published in English; and all addresses of national importance – like the state of the nation address, or the annual budget speech – are given in English. This echoes the situation all over post-colonial Africa, where the official language of communication has generally been the language of the former colonial power (mainly English, French of Portuguese), even though knowledge of these languages may be minimal.

There are, of course, consequences to this if the majority of the population is not sufficiently fluent in the language of power. In Language in South Africa: The Role of Language in National Transformation (2002), University of Pretoria linguist Victor Webb makes the point that such languages can become substantial barriers to much of the population accessing their national rights and privileges, and also to accessing the country’s formal economy.

In South Africa, it hasn’t always been either English or Afrikaans that presented a ticket into the formal economy. For the first one-and-a-half centuries of the Dutch occupation of the Cape, it was Dutch. “Anyone who wanted to do business with the Dutch authority had to display knowledge of Dutch,” writes Nkonko Kamwangamalu in “When 2 + 9 +1: English and the Politics of Language Planning in a Multilingual Society”. The situation was flipped when English replaced Dutch as the language of rule in the Cape Colony from 1806 onwards.

With the establishment of the Union of South Africa in 1910, English and Dutch were technically bestowed equal status, with Afrikaans added as a part of Dutch in 1925, but in practice English retained top billing until Afrikaners took power in 1948. At that point, knowledge of Afrikaans became a requirement of entry into the civil service. The major reason why many black people spoke out strongly against being educated solely in African languages during Apartheid was because they spied in this policy the intention of the Nats to block them from entry into high-prestige jobs that required knowledge of English and Afrikaans. The late Neville Alexander wrote that education in indigenous languages “came to be equated in the minds of most black people with inferiority and racial ghettoization”.

Today access to the top rungs of South Africa’s formal economy still generally requires a fluency in English or Afrikaans, and linguistic proficiency becomes another proxy for race or class in contexts like job interviews. “In all post-colonial societies,” wrote Alexander, “knowledge of the conquerors’ language [becomes] a vital component of the ‘cultural capital’ of the neo-colonial elite. It was and remains their knowledge of English and/or French that sets them apart from the vast majority of their African compatriots and which keeps them and their offspring in the privileged middle and upper classes.”

English is often presented as a kind of equaliser – a neutral global lingua franca which just happens to be the most practical way for people to communicate. Of course, there is little neutral about it: English is the language of global corporatism, which is exactly why there are strong practical reasons for South Africans to learn the language well – however much you might decry its use as the vehicle of imperialism, globalisation and a host of other ills.

“English is not a solution to the unravelling of ‘unequal power’ relations in the world but an integral part of the problem,” writes linguist Richard Alexander; but he notes, too, that when people want to hold a protest banner up to an international TV camera, the writing in that banner will often be in English. As is evident in the history of South Africa, English can be used both to oppress and liberate.

When Sibusiso Bengu, then the minister of education, announced South Africa’s new language policy in education in 1997 he declared that it was aimed at, among other things, “creating an environment in which respect for languages other than one’s own would be encouraged”. The learning of two or more languages should be general practice, he stated, to “counter any particularistic ethnic chauvinism”. He saw the end result as both important and simple: “Being multilingual should be a defining characteristic of being South African.”

What the dominance of English in the education system today suggests is more that a functional division of languages is likely to be increasingly entrenched. In other words, future South Africans are likely to see English as the language of business, science, technology, politics and so on, whereas indigenous African languages may be increasingly relegated to the domestic sphere. This will presumably allow the English-learning pupils of today to take their place as the “global citizens” of tomorrow, but not everyone will be convinced it’s a great idea.

In 1995 the Ghanaian sociologist Kwesi Prah wrote: “One cannot underemphasise the fact that unless the generation of knowledge, discourse and knowledge transfer is effected in the language of the masses, the conditions of the masses cannot be transformed.” DM