NUMSA on the NDP: It’s not over till it’s over 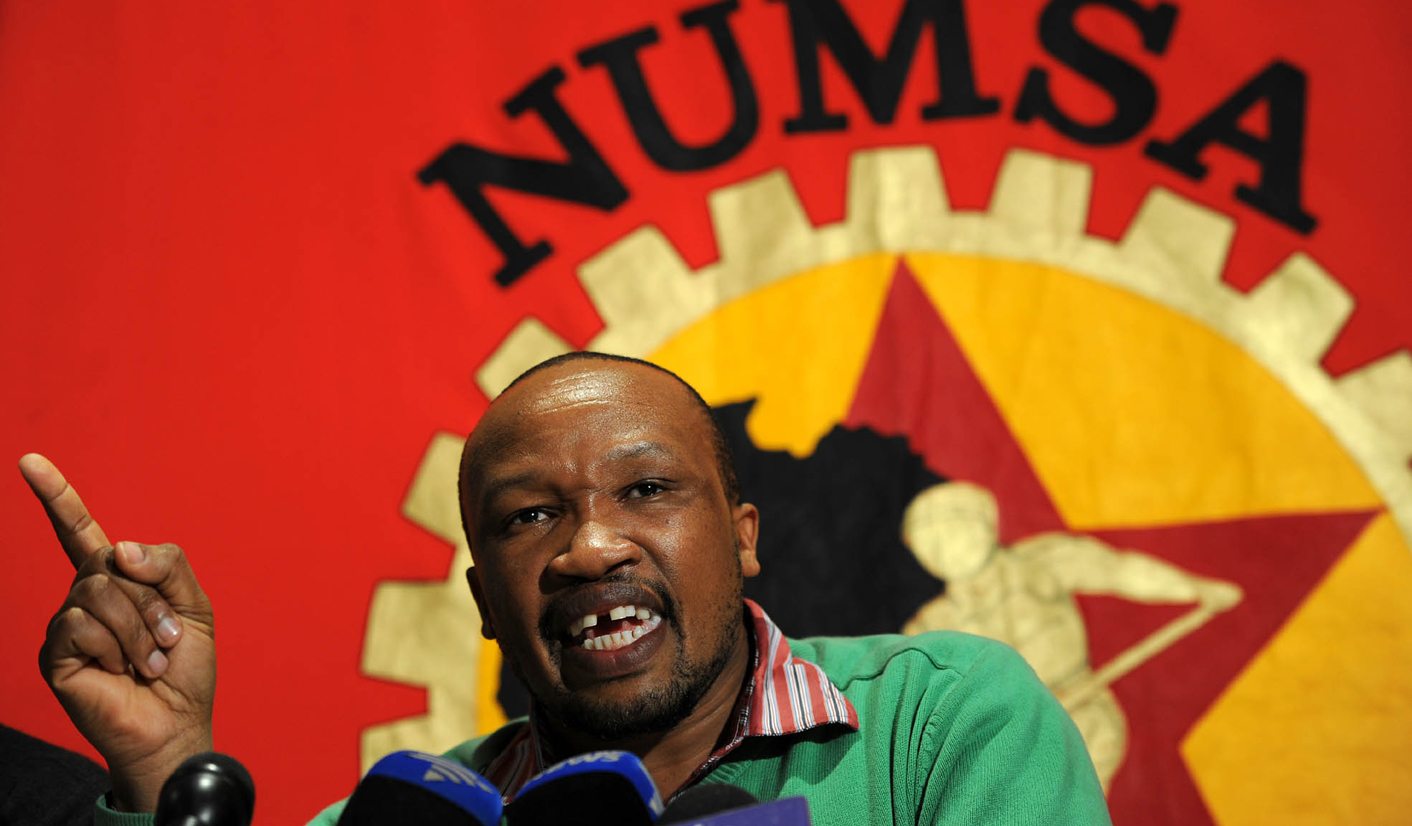 You would think that the metalworkers’ union had grown tired of banging its head against an unmoving wall. But you would be wrong. Its leaders announced on Tuesday that the just-concluded national bargaining council resolved to fight the National Development Plan that has taken front stage in economic policy. Things will likely come to a head at an upcoming conference of the tripartite alliance, but for now the union is content with being a serious thorn in the side of the ANC. By SIPHO HLONGWANE.

The objections of the National Union of Metalworkers of South Africa (NUMSA) to the National Development Plan (NDP) are well documented. The union has not missed an opportunity to voice its concerns about what it sees as a betrayal of the socialist ideology of the Freedom Charter in favour of a more liberal economic plan.

In March, the union’s general secretary Irvin Jim released a statement which dealt exclusively with the NDP. He said, “At NUMSA we have consistently maintained that the white racist and colonial capitalist economic foundation of South Africa needs to be destroyed if the most immediate needs of all the people of South Africa are to be met: the establishment of a truly non-racial and democratic South Africa. To do this requires fundamental change to take place in the South African economy and society.”

On Tuesday, Jim covered the same ground at a press conference to announce the outcomes of a bargaining conference that the union held last week. The thirteen-page statement laid out – one feels that this is about as clear as NUMSA can get on the subject – its reasons for wanting to scrap the NDP in favour of the Freedom Charter.

“The structure of South African capitalism is still the structure of colonialism of a special type,” Jim said. “The white colonialists who cohabited with the colonised majority joined forces with imperial capital to super-exploit black and particularly African workers in order to extract and export the country’s mineral wealth.”

The union rejects the NDP for favouring growth over an interventionist policy, for advocating for a smaller ‘developmental’ state instead of a socialist one, and for favouring incremental reforms over radical transformation.

We also know that the African National Congress (ANC) adopted the plan at its elective conference in December, and is now encouraging its members to actively promote it to the public, despite the objections of Cosatu and its second biggest affiliate, NUMSA. Trevor Manuel wrote a response to Jim, asking how he could “arrogate to himself, as a custodian of ANC policies, power much greater than the 4,500 delegates who gathered at the ANC 53rd National Conference in Mangaung”.

In a few months the ANC, Cosatu and the SACP will hold a tripartite alliance conference. This would be the perfect platform for NUMSA to raise its objections to the plan, considering how unhappy many alliance leaders are when their dirty laundry is aired in public. Despite warnings from people like ANC secretary-general Gwede Mantashe, the metalworkers’ union is determined to keep this debate in the public eye, hence the rapid fire of objections to the NDP.

Interestingly, NUMSA has found a way around Manuel’s riposte. At the same conference, NUMSA president Cedric Gina said that the ANC should not be asking its members to champion a document that they did not write. The subtle charge once more is that the ANC delegates were misled by the ANC leaders who pushed the plan through. The union is unlikely to be less irritating to the ruling party for its persistence.

Yet with the ANC seemingly unwilling to even entertain a debate on the matter, why is NUMSA so confident that they will not get hurt eventually?

Because the NUMSA leaders are convinced that they have the masses on their side. Jim and the other leaders made a point of saying that their stance was a mandate from ordinary members. It was no mistake that a bargaining conference ended up dealing with the NDP – it allows the bosses to rightfully claim the backing of numbers.

Also, tellingly, there are clues that Cosatu’s members have an appetite for less ANC and more socialism. In December, the federation had to hurriedly shift the publishing date of a survey report of its shop stewards after the company that did it revealed that the results did not exactly line up with stated policy.

The report said: “The survey has found that Cosatu shop stewards want nationalisation, they have no confidence in the South African Communist Party, and they want Cosatu to form a labour party. On leadership – the study found that the majority of Cosatu shop stewards [did] not support Jacob Zuma’s re-election for the position of president of the ANC. Cosatu shop stewards are divided between Jacob Zuma and Kgalema Motlanthe. This is despite Cosatu’s central executive committee’s decision to support Zuma’s bid for a second term.”

So in spite of NUMSA apparently banging their heads against the wall to no effect, they feel like the masses will vindicate them one day. The pressing concern now is whether or not claiming mass support will save them from the wrath of the ANC. The tripartite conference should be illuminating. DM