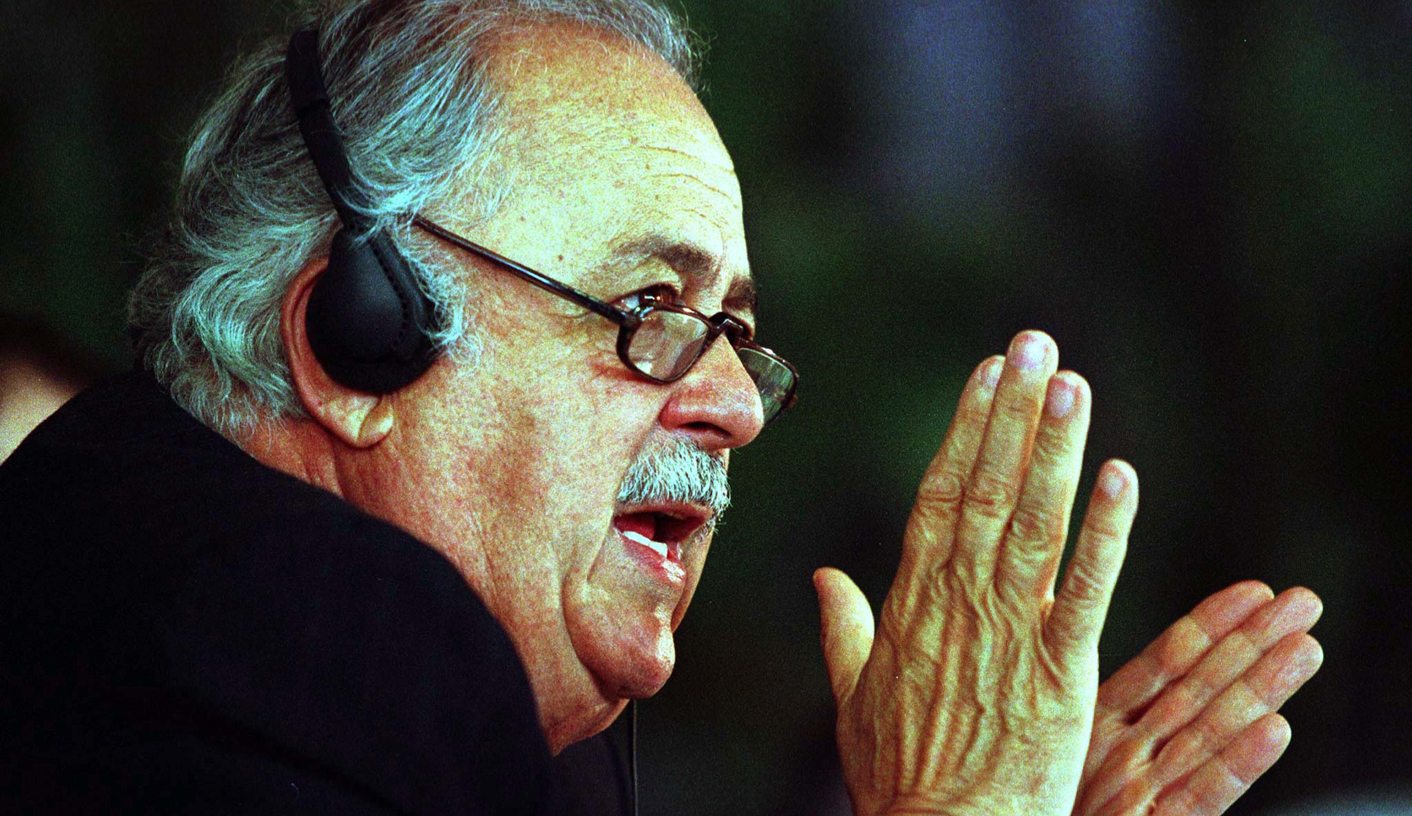 Petra Diamonds has recovered a high-quality 25.5-carat blue diamond at its Cullinan mine in South Africa, sending its shares up as much as 5%. Blue diamonds are extremely rare and Petra’s Cullinan mine has produced some that have fetched hefty prices, including a 26.6-carat rough stone that yielded an internally flawless seven-carat polished stone and sold for $9.49 million in May 2009. “If this is anything to go by, a similar number may be expected to go straight to the bottom line,” Numis Securities’ Cailey Barker told Reuters. Last November, a flawless deep-blue diamond from Cullinan, which weighed 10.48 carats and was about the size of an almond, was auctioned for $10.8 million and set a world record for a blue diamond per carat.

One of Nelson Mandela’s granddaughters, Tukwini Mandela, has accused one of the former president’s oldest friends, George Bizos, of “blatant lies and innuendo”. “Please have the decency to behave as an elder if you care for my grandfather and his name, which catapulted you into undeserved stardom,” Tukwini Mandela wrote in an open letter that was emailed to The Associated Press. A row has divided the Mandela family after Makaziwe Mandela, Tukwini’s mother, and her sister Zenani instituted a court case against Bizos and two other associates of Mandela, saying they should not remain directors of two of his investment companies. Bizos told The Star newspaper Makaziwe Mandela’s goal was to take some company money, without providing details of how it would be used. “That is contrary to the provisions of the trust. Therefore we refused to give her the money.”

TIME FOR PRESIDENCY TO COME CLEAN ON ‘PRESIDENTIAL HANDBOOK’

The Democratic Alliance has asked the chairperson of the Standing Committee on Public Accounts, Themba Godi, to request that the Presidency be summoned to brief MPs on the ‘Presidential Handbook’ and that it hands over all related documents to Parliament. DA parliamentary leader, Lindiwe Mazibuko, said in terms of Rule 138 of the National Assembly rules, “committees have the power to summon any person to appear before it and to give evidence on oath or affirmation, or to produce documents”. The DA said the Presidency had developed an unacceptable “culture of secrecy”. “It is time to put an end to the growing culture of secrecy in the Presidency. Parliament must assert its oversight role to gain access to all of this information and the DA will do everything possible to ensure that this happens,” Mazibuko said.

Police Minister Nathi Mthethwa has echoed the outrage of South Africans and the government over the beating by security guards of a woman accused of shoplifting. Mthethwa welcomed the arrest of the five in Jane Furse, Limpopo. “We condemn this horrible incident of assaulting a helpless, elderly woman and further commend our police officers for the arrest of the suspects.  We are confident that in the end, justice shall prevail in determining who did what and why,” Mthethwa said. A video clip showing the incident was posted to YouTube by the Daily Sun newspaper. Acting cabinet spokeswoman, Phumla Williams, urged the public to stop spreading the video clip as it was “disrespectful and infringes on the rights of the victim, her family and the community at large”. “These acts perpetuate immorality and work against building a society where there is respect for human life and dignity,” she said.

ANC chief whip Mathole Motshekga has distanced the party from what his office calls “the malicious political views” expressed in a research document produced by the parliamentary research department for the portfolio committee on agriculture, forestry and fisheries. Motshekga said the report attacks minister Tina Joemat-Pettersson’s integrity and “casts aspersions on her professional competence”. The report criticises the minister’s handling of the fishing portfolio. It lists mismanaged ships, a lack of research planning, and targets and a strategic plan out of step with the National Development Plan (NDP) as challenges that must be addressed. Joemat-Pettersson is to appear before the committee today.

The Centre for Justice and Crime Prevention Security says securing schools with fences and metal detectors won’t stop violence in schools. The CJCP’s Patrick Burton said classrooms were the “primary site” where most attacks occur, and that classmates were usually the perpetrators. Burton was speaking at the launch of a study into school violence. Burton said, “Somebody has to take responsibility for what is happening in schools” and that government should find a solution for crime prevention. He said a national framework was needed to give pupils a voice to say where at school they felt unsafe and to provide a reporting mechanism.

EHRENRECH HAS ‘HYPOCRITICAL AND SCHIZOPHRENIC’ ATTITUDE TO TOLLS

The leader of the Democratic Alliance in the Western Cape has accused Cosatu’s provincial secretary, Tony Ehrenreich, of hypocrisy over the controversial proposal to build tolls on the N1 and N2 highways. Ivan Meyer said Ehrenreich led the ANC in the City Council to a unanimous vote against a decision to fight the South African National Roads Agency Limited’s Winelands toll plaza plans. Ehrenreich says he can’t remember voting against the decision to fight the tolls. Meyer has produced minutes of a series of meetings on the issue that show Ehrenreich’s stance. “Mr Ehrenreich toes the ANC line of supporting tolls in council, but schizophrenically tells the public Cosatu is opposing the tolls,” Meyer said.

A man from Cape Town, on a surfing trip in Southeast Asia, has gone missing after being swept overboard. Sapa reported that Brett Archibald was on board the Naga Laut en route to the Mentawaii Islands off Sumatra. Other passengers noticed he was missing at breakfast. A passenger said Archibald had suffered from seasickness during a storm and may have fallen overboard. The boat turned around to retrace its journey while Indonesian maritime authorities have launched a search and rescue mission. Archibald is said to be a good swimmer who has been surfing for more than 40 years. The Australian Maritime Rescue Co-ordination Centre is also involved in the operation, and private charter boats have joined the search. DM