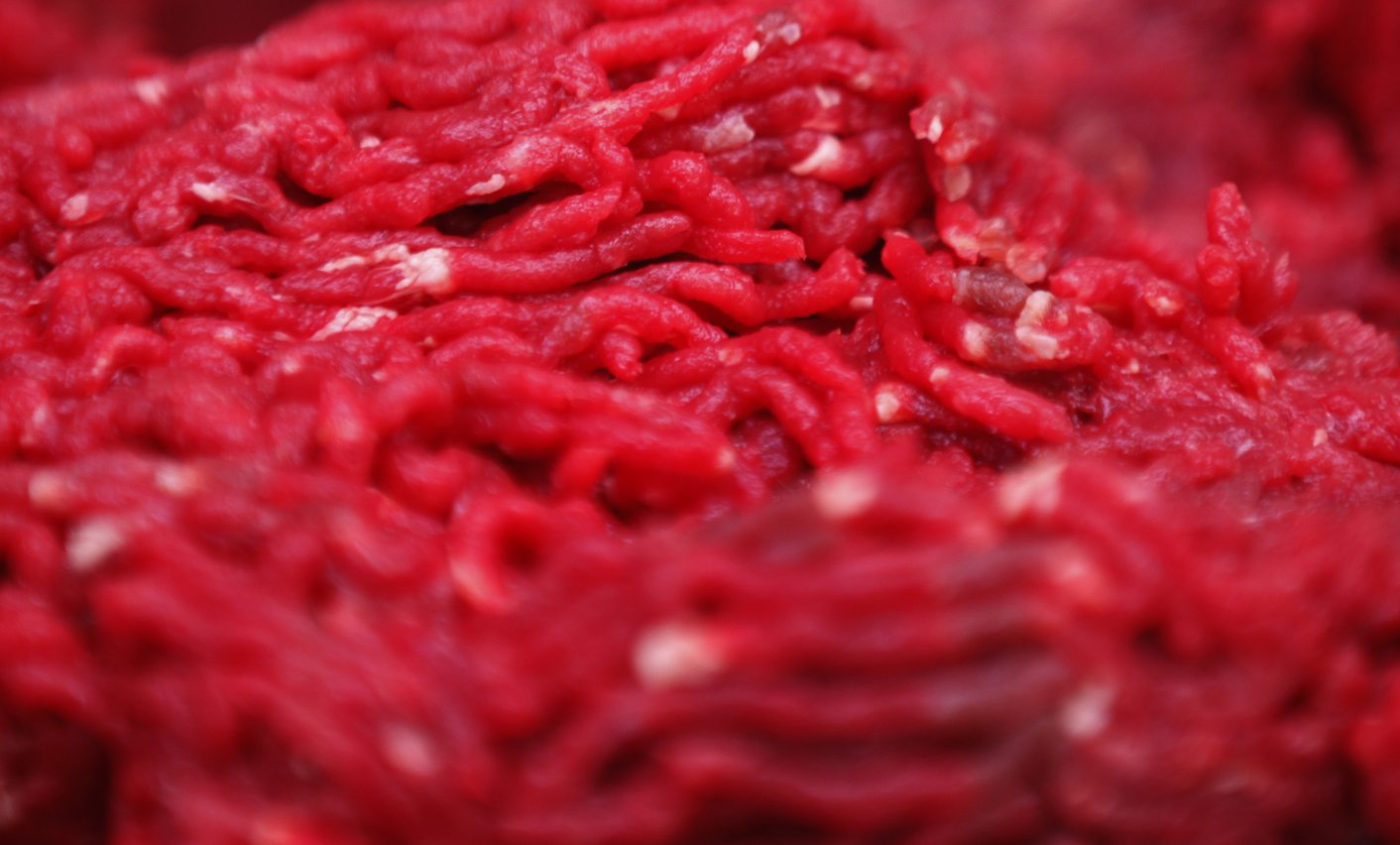 The Sunday papers served up a bleak meal for the Fruit & Veg City group when they named and shamed retailers involved in SA’s meat scandal. For Food Lover’s Market (owned by Fruit & Veg City) the news was particularly damning – seven out of 11 products sampled from their stores contained undeclared meats or were incorrectly labelled. By MANDY DE WAAL.

Sunny weather returned to much of Gauteng as well as Cape Town on Sunday, and must have had many reaching for their kettle braais or throwing some sausage on hot coals. Hopefully red meat lovers read the Sunday papers before consuming their favourite flesh, though, because South Africa’s ongoing meat scandal took a revealing turn as Media24’s investigative unit named and shamed the supermarkets and meat brands previously not mentioned in a Stellenbosch University scientific study that alerted consumers to the exotic meat shock.

The university, in conjunction with an independent food testing unit, surveyed some 139 meat products from stores in four provinces and discovered undeclared buffalo, donkey, pig or goat meat in local products; together with chicken products that contained undeclared pork. Despite a national outcry, the research team refused to reveal the brand names or supermarkets implicated in their work, and so Media24 investigations used the Promotion of Access to Information Act to get the information.

The supermarket most hurt in the revelation was Food Lover’s Market – the fast-growing brand that is part the Fruit & Veg City group, a family operation run by brothers Mike and Brian Coppin. City Press and Rapport broke the news: the university research found that cheese beef burgers from Food Lover’s Market in Westville, KwaZulu-Natal “contained the DNA of water buffalo, sheep and chicken – none of which were declared on the label”; while mutton mince, “pure” from the same Food Lover’s Market, included beef, pork and chicken.

Other supermarkets exposed in the report include Pick ‘n Pay, Spar and Checkers. Wors from a Pick ‘n Pay store at East Rand Mall contained pork and sheep; while Checkers in Stellenbosch had its own brand wors, said to be beef, that contained pork. The worst transgressors were independents who were selling sausage that contained goat and donkey. The full list of brands and outlets named and shamed is available at Scribd.

It is likely that the scandal will hurt Food Lover’s Market the most, because of the highly competitive market sector it operates in. The gourmet or luxury retail sector is booming locally and is now being hotly contested by Woolworths, Pick ‘n Pay, and to a lesser degree, Spar. Independents like Thrupps in Illovo are older stalwarts in this sector.

In a sector where margins are tight, luxury stores provide the opportunity to get more profit because premium and prosperous customers don’t mind paying more for a gourmet-type experience. However, the watchword in this sector is trust – consumers believe the price premium they’re paying means they’re getting the best quality, thanks to the hard brand work by the likes of Woolworths in this market.

Food Lover’s Market was born out of Fruit & Veg City, as a place where “food aficionados could indulge in a range of gourmet foods”, as the brand self-describes, calling itself “a theatre of food”, run “specifically with connoisseurs in mind”. Gourmet appreciators are a diverse group, but they’re united by their demand for food integrity, and customers from Food Lover’s Market were justifiably angry, and felt betrayed, after reading the meat story this Sunday.

“Explain your meat?? I know that the MINCE at your store is disgusting. So (are) we eating don(k)ey? Or is it water buffalo? Or which meat is it?” wrote Erin Winter on Fruit & Veg City’s Facebook page.

She wasn’t the only one. “I am honestly to(o) scared to buy food there any further. I am definit(e)ly advising family members to skip your stores,” wrote Nicolene Pavier.

The hate was also flowing on Twitter, but was more generally directed. “Disgusted! Where will I buy my meat now?” tweeted Izalia Ockhuis.

What compounds the meat scandal damage for Food Lover’s Market is that a year ago they were named and shamed during a very public raid in which it was alleged that the retailer’s Sandton outlet was selling undersized lobsters. These charges were eventually dropped, but not before a very public spectacle played itself out in the media.

Journalists, members of the Department of Agriculture, Forestry and Fisheries and management from Food Lover’s Market almost got into a fist fight, and government officials and media workers were locked in a meat cold storage unit. The store management told journalists that they would remain locked in the fridge until they’d deleted visual evidence of the lobsters that were later seized.

On social media, after being named in the meat scandal, people remembered that Food Lover’s Market was involved in a fish scandal too, but couldn’t remember the details or that charges had been dropped. What remained was the association, that the brand had been involved in another scandal.

Food Lover’s Market tried to recover on Sunday by issuing a statement. “Fruit and Veg City today announced that it has implemented a process of ongoing random DNA testing on all meat and meat-related products as of March 2013 in all its stores,” the statement read. The  group said it had “implemented proactive measures to ensure that all meat sold in its butcheries is legally procured from approved abattoirs and that foreign or unlabel(l)ed species are not present in any of the meat products sold by it”. T

he supermarket said it had warned suppliers and communicated its policy on meat to stores, franchisees and partner butcheries. “Fruit and Veg City and Food Lover’s Market will continue to be an ethical retailer of fresh butchery products, maintaining the highest standards of quality and disclosure on all meat products,” the statement read.

The group ensured customers that it would track down the suppliers implicated and wouldn’t be purchasing from them again. “We lastly repeat our commitment to ensuring that there is full disclosure of ingredients and proper lawful label(l)ing of all goods sold in our stores,” the statement concluded.

Like other retailers, Fruit & Veg City said the contamination of meat was likely because of “cross-contamination” – suppliers were likely not being careful enough with equipment and were sharing saws and utensils. Fruit & Veg City has seen excellent growth during the past two decades. It started with one store in Cape Town and last year Brian Coppin told FM that the group expected to achieve turnover of some R5bn. They did a little short of this – a presentation by Fruit & Veg Holdings at an agricultural congress indicates the group did sales of 4,577 billion in 2012, 15% up from its sales of R3,989 billion in 2011. By comparison, turnover at other big local retailers grew between 7% and some 13% during the same period.

A major contributor to this growth has been the conversion of old Fruit & Veg City stores to upmarket Food Lover’s Markets, where the group has been able to increase margins. The figures presented by the group at the AgriBusiness conference in 2012 show just how beneficial these conversions have been for the retail operation founded by the Coppin brothers.

Customers have been good to Food Lover’s Market, and the company needs to think carefully about how they deal with this meat scandal. Their instinct has been spin-doctored statements and sending their legal guy, Nigel Meintjies, out to deal with the problem in the media. In contrast, Shoprite Checkers’ Whitey Basson dealt directly with the media, while Pick ‘n Pay’s food director, Peter Arnold, did the same.

What the Coppin brothers will have to learn, and fast, that when the wors hits the frying pan in a bad way, you’ve got to get out into the stores and to meet with journalists. When it comes to damage control, you’ve got to do the hard work and take the heat. Or the heat will take you. DM