Cricket: Six players to watch in 2013

Cricket: Six players to watch in 2013 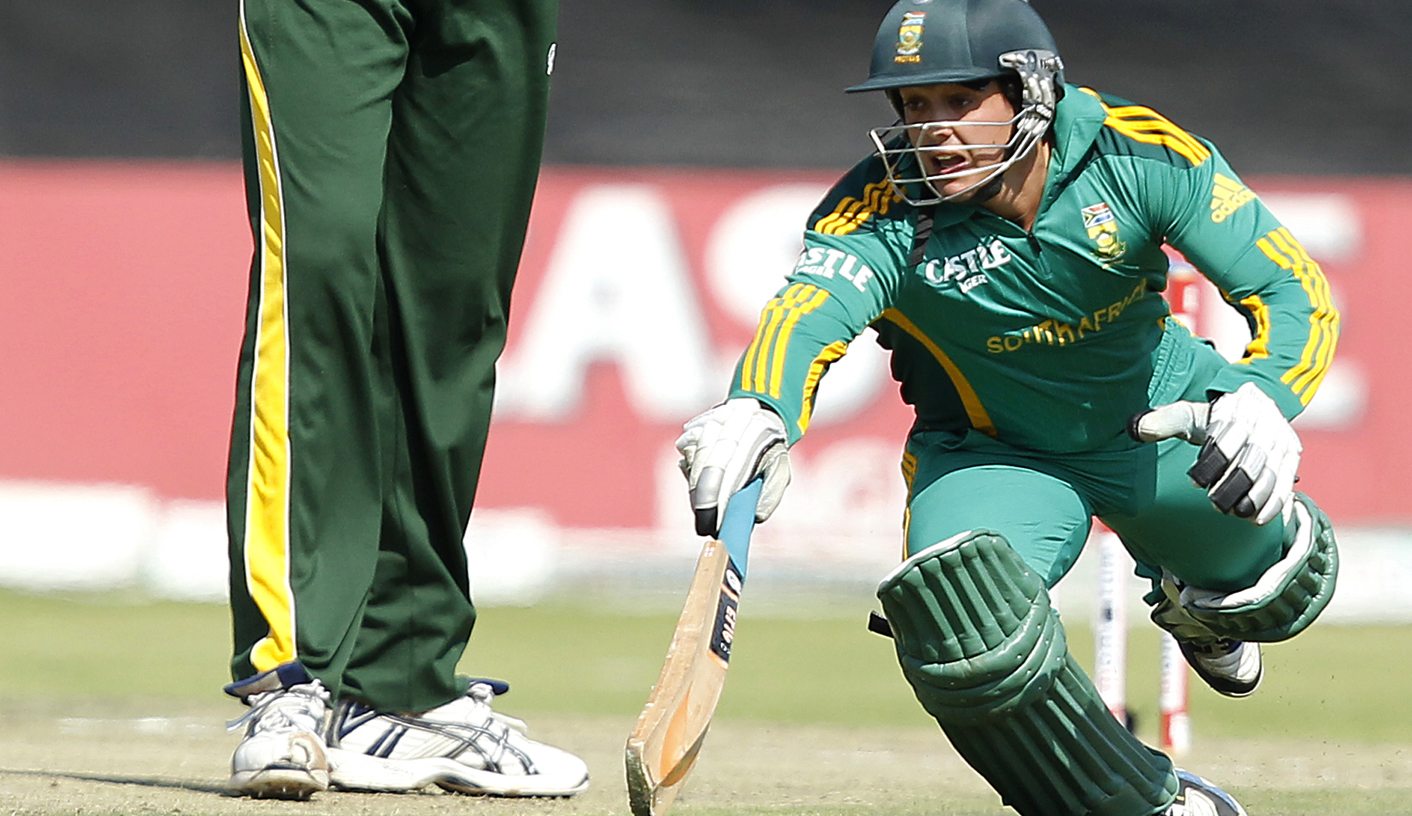 With South African cricket’s players now dispersing for a whole host of different duties as the off-season swings around, ANT SIMS picks six players worth watching over the next few months. Some of them have already appeared in SA colours and the rest are lurking on the fringes, just waiting to pounce.

A lot has been said about the current crop of South African cricketers: how spectacular they are, how they could be the most talented ever. One cannot deny the strength of the current domestic set-up, and with the off-season swinging in and loads of A-team and emerging team players about to embark on extra adventures, it’s worth keeping an eye out for a few guys who are bound to step up.

The baby-faced so-called prodigy has been in the headlines for some time now, and foreigners who are seemingly besotted with his surname can’t stop talking about him. And they shouldn’t. De Kock is a talented youngster, of that there is no doubt. He is an apt gloveman and can be brutally destructive when he has his day. With 524 runs under his belt in the domestic T20 season, and a high score of an unbeaten 126 in tow, De Kock has a bright future ahead of him if he can only learn how to craft an innings. From time to time he does so at domestic level, but he still seems to be lacking that maturity at international level. The only thing that will fix that is first-class cricket, and bucket loads of it. He’s been shipped off to the Indian Premier League for now, though, and doubtless he’ll learn a lot in the glitzy competition. It’s just uncertain whether it’ll be good or bad.

Jean Symes has carved a niche for himself as a pinch-hitter, and even though the Lions far too often persisted with Sohail Tanvir in that role, Symes is the ideal player to fire from the word go and rescue teams when all seems to be falling apart. For his exploits, he has been named captain of the South African Emerging Players squad, to travel to Namibia later this month to take part in a hit and giggle tournament, and while it’s only a tiny pat on the back, it’s proof that at least Cricket South Africa is trying to reward players who are paying their dues.

Chris Morris doesn’t strike anyone as a bowler. He might be lanky, but he just comes across as so overtly timid. He is, however, on point, and has the ability to that skill into something exceptional. Morris is currently doing duty in the IPL, and while that might not be the best practice for him to refine what he’s got, at least he got a pay day of over $600,000 out of it.

When Wayne Parnell is being detained in India, being cleared of drug charges, or when he’s not partying up a storm wherever he goes, he likes to play a bit of cricket. While he has fallen by the wayside recently, Parnell still has plenty to offer, especially in the shorter formats of the game. He ended the season with 12 wickets in 10 games and, as all left-handers do, he offers variation up front if paired with an opposite number. Parnell will have to work hard and keep his confidence up, but he’s only 23 years old, and with a load of mentors in the South African set-up to mentor him, Parnell’s future is looking bright.

When it comes to interesting hairstyles in South African cricket, Rilee Rossouw takes at least one of the prizes. Luckily for him, talent isn’t determined by ridiculous hair, and the 23-year-old Knights player had a solid season with his franchise, notching up 307 runs in nine games. Rossouw was part of the South African Under-19 World Cup squad. He performed well there and followed it up with becoming the youngest South African to score 1,000 first-class runs. His form was somewhat up and down in the T20 tournament, but he certainly has the grit and talent to become a future stalwart.

Despite his franchise having a horrible run in the T20 competition, Beuran Hendricks has earned himself a reputation as a partnership breaker. He took ten wickets in the competition, and while his consistency does need some tweaking, Hendricks is a diamond in the rough. He’ll also be on duty with the Emerging Players squad, where he will be under the guidance of two of the brightest minds in South African cricket: Lions coach Geoffrey Toyana and former South African bowling coach Vincent Barnes. Hendricks ticks all the boxes for being a potential future Test player, and while he might have to wait sometime before that honour is bestowed upon him, it’s good to know that South Africa’s fast bowling stocks are bursting at the seams. DM