Analysis: Time to clear the air in the platinum mining belt 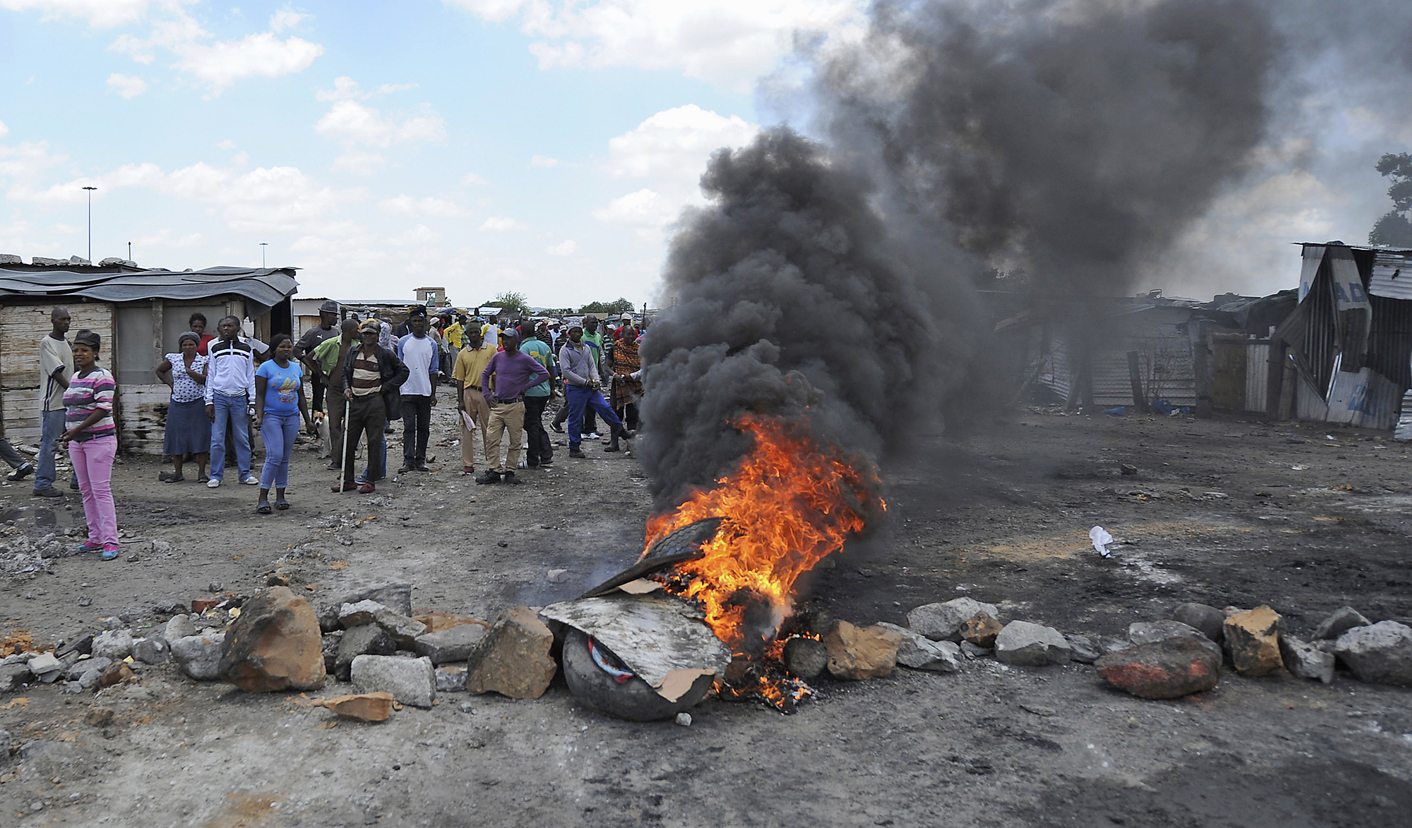 The situation in the North West province is normalising following last year's labour crisis, and talks are underway to establish a forum of negotiation that includes minor players amongst organised labour. However, without trust between bitter rivals, the government and the employers, no peace will be permanent. By SIPHO HLONGWANE.

There have been attempts in previous years to establish centralised bargaining systems in the mining industry. None were successful and the reasons for the failure were as varied as disagreement between union federations and employer organisations on timelines, and the absence of central councils in sectors like diamond and platinum. There are renewed efforts underway under the auspices of the chamber of mines, initiated by the department of labour following the labour unrest last year.

The project is already doomed, as it does not enjoy the full support of all stakeholders. The ambitious and newly powerful Association of Mineworkers and Construction Union (AMCU) did not like what it saw and pulled out of the negotiations. The dethroned National Union of Mineworkers (NUM) and its allies continue to cast aspersions on it, souring the mood further.

AMCU is determined to plough on in its quest to seize the platinum sector from NUM one operation at a time, and then defend its turf in a bargaining council.

Both unions are in danger of falling out with their constituencies if they do not find a workable solution to their low-key war soon. A report by the Human Sciences Research Council found that mistrust in unions has grown in general amongst South Africans, including those who traditionally support them.

“The results of our analysis clearly show that trust in trade unions has declined overall, also among those groups historically most supportive of the nation’s organised labour movement – full-time workers, the working and lower classes, and black and coloured South Africans,” wrote Steven Gordon, a PhD intern at the HSRC.

“Given that building a working class consciousness was one of the central themes of the South African trade union movement, the growth of active distrust among these groups should be a cause of deep concern for the labour movement.”

At the moment, AMCU and NUM are both happy to solidify distrust amongst their diehard support. They also try to sow doubt about the other amongst the majority that is moving in droves to the new union. (A few months back the rival presidents Joseph Mathunjwa and Senzeni Zokwana agreed to begin dialogues during a joint interview on Radio 702, but nothing appears to have come from it, as the sides have taken opposing and hard stances on the matter of the temporary central bargaining forum at the chamber of mines.)

A baffling example of the propaganda battle was a comment made by ANC secretary-general Gwede Mantashe on Sunday at a rally in Rustenburg. He accused AMCU president Mathunjwa of using magic potion to get people to join his union.

“Negotiations cannot be done with intelezi. I can tell you from experience that you will have a lot of victims,” said Mantashe.

“You can’t lead mine workers based on emotion and populism.”

For their part, AMCU have indirectly presented NUM as not being for the interest of workers by announcing that one of the reasons the union pulled out of the negotiations was because there was no representative chosen from amongst the workers.

Previously, Cosatu president S’dumo Dlamini called AMCU a conniver with the employer, while other federation leaders like Cosatu general secretary Zwelinzima Vavi has warned that joining the rivals of his federation’s biggest affiliate would weaken worker power.

A former union negotiator told Daily Maverick that Cosatu and NUM were not unaware that they were crippling chances of peace with AMCU. “They certainly still seem believe that they can still win the workers back through strong revolutionary rhetoric,” he said.

The strategy seemed to be that by branding AMCU as collaborators with the employer, they would fall when the stagnant economy resulted in further job losses and unhappiness with companies.

“It would probably be more profitable in the end for the NUM to find a way to live alongside AMCU,” he said. “The simple matter is that workers are not going to wait forever for them to settle their differences.”

He suggested that the bargaining forum be put on hold till clear rules of engagement and a timeline were agreed upon. This could include an unwritten agreement to tone the language down. A final measure would be a comprehensive audit on number to reduce uncertainty about who had a majority at which operation, and also stop fights seen when AMCU workers threaten violence if the local NUM offices are not closed. This took place pending an audit of membership at Anglo American Platinum earlier this year.

While Cosatu leaders like pointing out that their unions only represent a section of the total available workforce, union influence is felt right into the corridors of power, through the tripartite alliance. Unions form a powerful nexus of economic and political power, and should they fail to manage the expectations of the people they boast to represent, it could result in upheaval to both. DM

Photo: Strikers burn tyres and block roads at an informal settlement outside the Anglo American Platinum (Amplats) mines near Rustenburg, South African police fired rubber bullets and teargas on Tuesday at striking Amplats miners who were protesting against a union-brokered deal to end a six-week wildcat walkout at the top platinum producer. REUTERS/Stringer