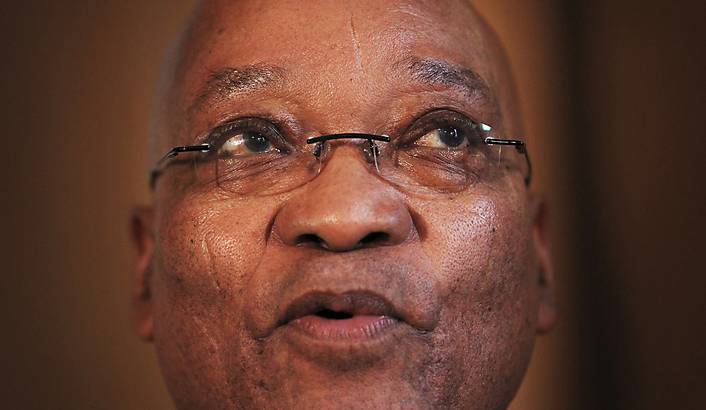 President Jacob Zuma has sent a message of condolence to the family of former British prime minister, Baroness Thatcher, who died from a stroke on Monday. He said the thoughts and prayers of South Africans were with the people of the United Kingdom. The ANC said Margaret Thatcher’s death signalled “the end of a generation of leaders that ruled during a very difficult period characterised by the dynamics of the cold war”. It said despite her well-known anti-ANC stance, “she was one of the strong leaders in Britain and Europe” and that “her impact will still be felt and her views a subject of discussion”. IFP leader

Mangosuthu Buthelezi said he was “devastated” by her death. “She is an iconic figure in world history,” he said.

The Judicial Service Commission (JSC) is debating whether white men should be appointed to the bench. A discussion document leaked to the media questioned a “real perception in certain quarters that the JSC is, in general, set against the appointment of white male candidates except in exceptional circumstances”. JSC spokesman Dumisa Ntsebeza told Sapa the organisation was still discussing the issue “on its merits”. The paper, prepared by senior counsel Izak Smuts, titled Transformation and the Judicial Service Commission’ has caused a stir as it called for an “honest debate” over the appointment of white men. He said if the majority view was that white men only be considered in exceptional circumstance, a view he does not hold, the JSC  “should at the very least come clean and say so.”

The Human Rights Commission of South Africa says a Bloemfontein arts academy is guilty of human rights violations. Spokesman Isaac Mangena said the Creare Training Centre violated the rights to “equality, dignity, religion, freedom of association, freedom and security of the person, and education as enshrined in the Constitution”. Deputy justice and constitutional development minister Andries Nel asked the HRCSA to investigate as the Centre’s Relationship Etiquette prospectus opposed same sex relationships and called for discipline or barring gays and lesbians from attending classes. Earlier, the Sunday Times reported the academy had said it could “cure” homosexuals through its rehabilitation programme.

TEACHERS TO EMBARK ON A GO-SLOW

Teachers belonging to the Democratic Teachers’ Union (Sadtu) have made good on their threat to take part in a go-slow, starting on Tuesday when inland schools re-open. General secretary, Mugwena Maluleke, said teachers would not work outside teaching hours nor would they mark matric supplementary exams written in February. The union has listed a number of grievances against education minister Angie Motshekga, and have called for her resignation and that of her director general, Bobby Soobrayan. They said the education department had failed to honour its agreement to give exam markers a 6.8% increase. Sadtu is also opposed to Motshekga’s plan to introduce a fingerprint-based clocking-in system intended to monitor when teachers arrive for work and government’s intention to make teaching an essential service.

A patriotic, effective and efficient cadre of public servants is vital in today’s global and competitive world, President Jacob Zuma says. In a message to South Africa’s public servants, Zuma said they had to “work harder to improve people’s experience of government services”. He said while many “meaningful achievements” could be attributed public servants there was “still much room for improvement in departments, particularly in areas such as payment of suppliers within 30 days and the setting and monitoring of service delivery standards”. Zuma’s message comes in the wake of a controversial call by minister in the presidency, Trevor Manuel, for government to stop blaming apartheid for “mediocre” service delivery, saying it could no longer plead “ignorance or inexperience”.

Democratic Alliance defence spokesman David Maynier wants a copy of South Africa’s second Memorandum of Understanding (MoU) for defence co-operation with the Central African Republic. He said it was “extremely concerning” that five months after it was signed, the treaty and public document “is nowhere to be found”. Maynier said defence minister Nosiviwe Mapisa-Nqakula told the Joint Standing Committee on Defence meeting that the second MoU differs from the previous one signed in 2007 in that South Africa was mandated to participate in disarmament, demobilisation and reintegration in the CAR. “This raises the question as to whether the Department of Defence is trying to hide the real reasons for the deployment of the SANDF in the CAR or whether it was pure administrative incompetence,” Maynier said.

The four men charged with murdering rugby fan Brett Williams in Durban have been given bail of R5,000 each, Sapa reports. Magistrate Vanitha Armu said although there had been a public outcry over the attack, it was clear the men were not flight risks. Brothers Blayne and Kyle Shepard, Andries van der Merwe, and Dustin van Wyk were also banned from Kings Park stadium until the completion of their trial. They were also forbidden from contacting a fifth accused, Grant Cramer, who was released on R2000 bail on Thursday. Prosecutor Krishen Shah said Williams had an altercation with Cramer outside Kings Park stadium on the night of 23 March. Shah said Cramer “had a choke hold” on Williams and he lost consciousness. Although paramedics revived him, the other four accused “kicked and punched” him in a second altercation later on. Williams was declared dead at the scene.

ZUMA AND TOP SIX LAY DOWN THE LAW IN MBIZANA

Top leaders of the ANC have told the officials in the Eastern Cape’s Mbizana municipality to resign. President Jacob Zuma and his top six visited the area on Friday and told the mayor, speaker, and chief whip to tender their resignations. They also want the municipal manager’s contract reviewed. ANC Eastern Cape spokesman Mlibo Qoboshiyane said the municipality had been placed under provincial administration last year, but that there was “total defiance of both the province and national guidance”. Qoboshiyane said the ANC was intolerant of municipal administrative chaos where service delivery takes a back seat to infighting, lack of accountability and improper appointments. “Corrupt practices continues unabated,” he said, adding that the top six were honouring their commitment to cleaning up municipal problems. DM