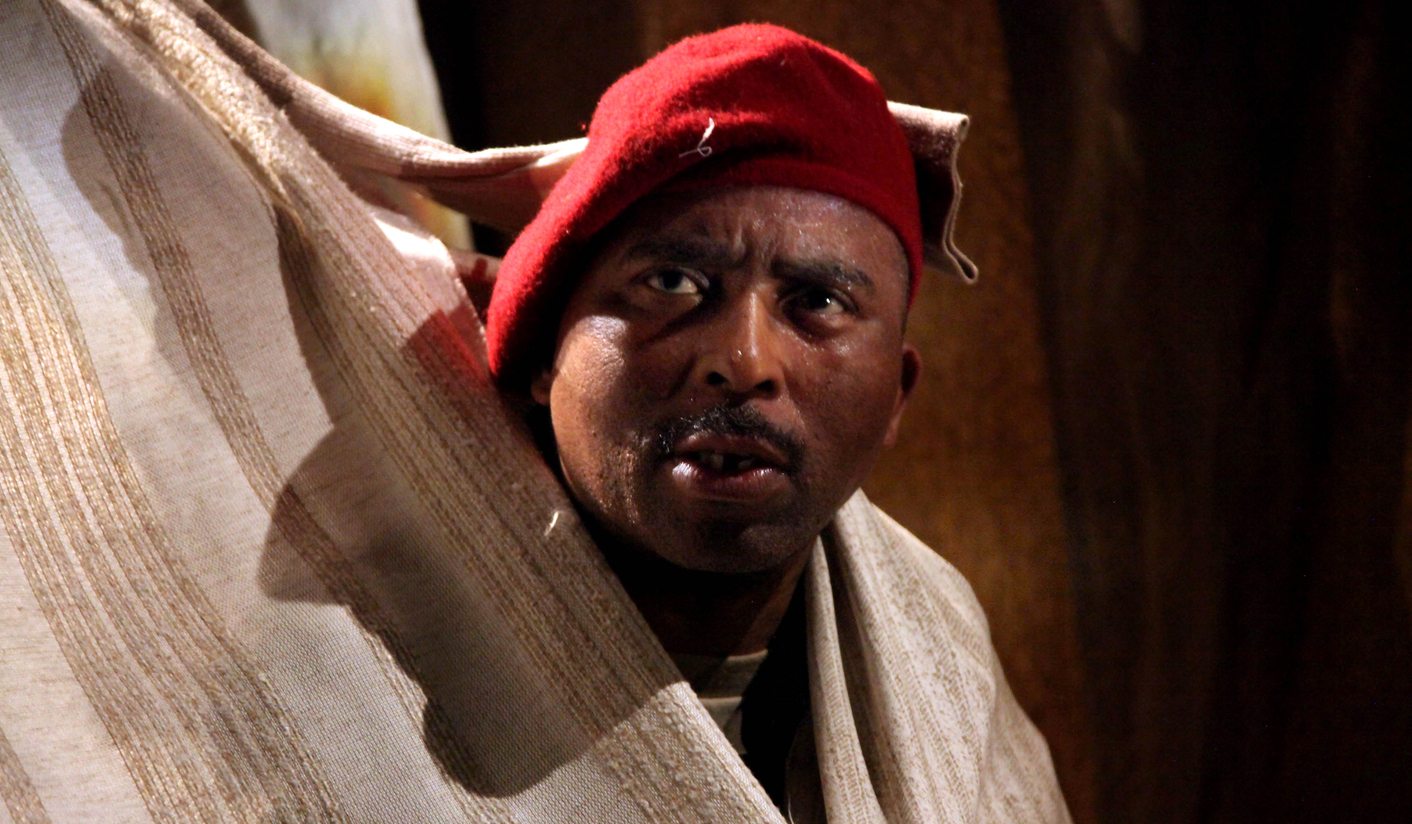 Cadre tells the story of a young man’s years in the anti-Apartheid struggle, and asks the dangerous questions about when it’s okay to abandon human decency for the greater good. By LESLEY STONES.

The action begins with a man running, frantically, determinedly yet almost hopelessly.

As far and as fast as he runs, he can never run away from himself.

Cadre, now being staged at the Market Theatre, is another play set during the struggle to end Apartheid that shows how the people who led or were caught up in that fight still bear the scars years later.

It was written by Omphile Molusi, who also acts the role of Gregory, with the story based on the life of his uncle. His co-stars are the versatile Sello Motloung and Lillian Tshabalala, playing a variety of characters that help to shape the young man’s life. The play vividly recreates life in the townships disrupted by raids and guns, with father pitched against son, mother turned against father as people formed allegiances with different factions or tried to remain neutral and ignore the turmoil around them.

A simple backdrop of tent-like material forms separate rooms in a house, and lets the action easily switch to a shebeen or a police station as the story unfolds.

Dates held up against the light tell us which period the action is staged in, flashing back to 1965 when 13-year-old Gregory is a schoolboy and his older brother is a fighter with the PAC.

Cadre tells a compelling story as Gregory’s playful innocence ends when bullets rattle out and kill his brother. He defies his father to stand in his place, and loses his girlfriend when Zulus are forced out of the neighbourhood.

The action springs forward to see him working undercover in a police station to ensure no cadre members are detained.

There are tough choices to be made to keep his identity secret by feigning allegiance to the Boers, raising questions of how far you would go to protect yourself or the greater good if it means defying human decency.

The script sometimes spells out the facts a little too obviously for those familiar with the history, but Cadre was first picked up and produced by the Chicago Shakespeare Theater (CST) as part of the World’s Stage Series, where the intricacies of Apartheid couldn’t be staged without words to explain the lunacy of it all. At times it gets a little hectic too, as characters flail around the stage to mournful tunes made by the others.

Molusi is excellent as Gregory, almost convincing as a schoolboy and brilliant as a revenge-fuelled young man wanting to strike at the system that killed his brother. There are powerful scenes when he confronts the commander, with Motloung now playing the vicious racist Boer.

Revenge knows no boundaries, and that’s a weapon used by all sides in this war. Yet revenge also has no way of making actions committed in its name easy to live with in the aftermath, and when Gregory no longer needs to run from his enemies, he still can’t run from himself.

“It was a situation that could only be changed by the direct intervention of the people. We did what had to be done,” Molusi tells us, and tells himself.

It’s a stirring and moving piece of theatre inspired by desperate and tragic times. DM

* Cadre runs at the Market Theatre until April 14.