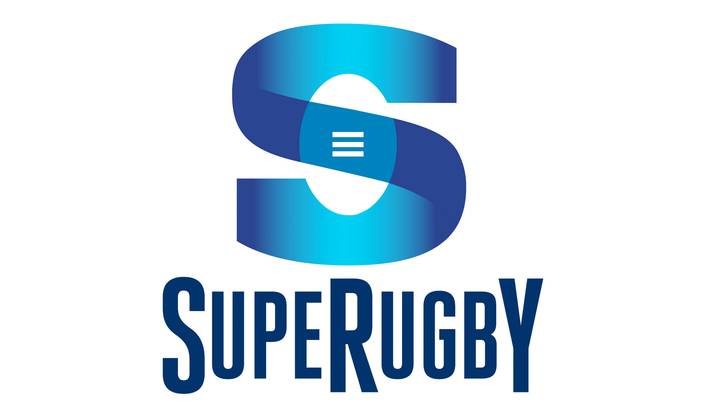 Thanks to defensive effort that brought new meaning to the word “resolute”, the Cheetahs chalked up their second overseas win on the trot. The Kings’ scintillating loss against the Chiefs also qualifies as good news, sort of. However, the bad news is that the Bulls and Sharks were simply outclassed. By KEN BORLAND.

A surprisingly comprehensive 29-10 victory over the Sharks in Durban has confirmed the Brumbies as a top-class side and a certain contender for SuperRugby honours.

It was a win achieved in a brutally efficient fashion, with the Sharks having no response to the sheer physicality, direct approach and excellent ball retention and support play of the Brumbies.

The visitors ran in four tries in a stunning first-half display, with the Sharks managing just a Pat Lambie penalty in reply as they struggled beneath the burden of having just one-third of the possession and territory.

The Sharks lifted their intensity in the second half, but by then they were far too far behind against an uncompromising Brumbies defence and the weather was only getting worse, with heavy rain making it extremely difficult for them to score the host of tries they needed to stage an unlikely comeback.

The Sharks have not often been so outmuscled and dominated in the collisions as they were on Saturday night and coach John Plumtree admitted the players did not really know how to respond.

“Our defence clearly wasn’t up to the mark in the first half, particularly. But I don’t really want to take anything away from the Brumbies attack. The way they kept the ball and built pressure was a real lesson for us and probably a lot of teams.

“Defensively we haven’t had to sustain that type of attack before, so they just ate us up. They sapped our energy levels. It was just a tough night for us and we clearly weren’t good enough,” Plumtree said.

The Sharks loose trio of Marcell Coetzee, Keegan Daniel and Ryan Kankowski, with Jacques Botes coming off the bench, is a potentially damaging one, but it’s lacking the physicality a Willem Alberts or a Jean Deysel brings and it was Ben Mowen, Stephen Moore, Peter Kimlin, Sam Carter and, in particular, eighthman Fotu Auelua who were hitting the ball up, getting over the advantage line and also shoving the Sharks back on defence.

It’s also been a long time since the Sharks scrum was so outplayed, even suffering the ignominy of a tighthead that led directly to wing Henry Speight’s try shortly before half-time that left the home side with an insurmountable deficit to overcome.

The Cheetahs were the only South African side to win on the weekend, with both the Bulls and the Southern Kings suffering at the hands of top-class displays from their New Zealand opposition.

The Bulls were the victims of a predictable backlash by the Crusaders, a quality outfit that was in a desperate mood after losing their first two games, in Christchurch.

The Crusaders’ 41-19 victory was a fair reflection of their dominance and, had their handling and passing been better in the opening quarter, a bigger hiding would have been on the cards.

Centre Robbie Fruean is built like a house but has the pace of the guard dog outside and, after shaking off an awful start in which he dropped practically every ball that came his way, he tore through the inexperienced Bulls backline.

Apart from Wynand Olivier – and he went off injured – and Zane Kirchner, the Bulls backline doesn’t contain the strongest defenders and the Crusaders were able to constantly get over the advantage line.

And, to make matter worse, the Bulls lost another veteran back in Akona Ndungane, leaving a shuffled backline to try and cope with the constant threat. And all this time Francois Hougaard remained on the bench, unused, and it has now been revealed he will be flying home due to an ankle injury. Presumably he suffered it while sitting down, or was an injured player chosen as a substitute?

The young Bulls props – Frik Kirsten and Morne Mellett – also had a torrid time in the scrums and the Bulls were on the back foot throughout the match.

But thanks to the wastefulness of the Crusaders backs, the Bulls were only trailing 9-15 as the halftime hooter went and still in the contest. But the Cantabrians scored a crucial try through the final movement, left wing Johnny McNicholl going over, although there was the suggestion that he had lost the ball forward during the multi-phase build-up.

But the Crusaders added another try, through the impressive right wing Tom Marshall, five minutes after the break and then another, by front-row demolition man Wyatt Crockett, on the hour mark, before the Bulls scored their one and only try with 13 minutes remaining. Therefore there can be no complaints about the outcome.

The Southern Kings went down 35-24 to the Chiefs in Port Elizabeth, but anyone who deems the SuperRugby newcomers to be uncompetitive must have an agenda of some sort after the defending champions were pushed hard at the Nelson Mandela Bay Stadium.

A quick supply of ruck ball, the brilliant orchestration of halfbacks Tawera Kerr-Barlow and Aaron Cruden, and the backline’s almost telepathic use of space ensured that the Chiefs won with a bonus point, but it was the incredible tenacity and sheer gumption of the Kings that will remain the lasting memory.

It was sad that such a festive occasion, featuring splendid rugby, was marred by a couple of dreadful TMO decisions by Johan Meuwesen that cost the Kings eight points.

He firstly ruled that Demetri Catrakilis had tackled Tim Nanai-Williams late and dangerously, which was an appalling decision because the Kings flyhalf was already committed to what was a perfectly legal but crunching tackle, when the Chiefs outside centre dropped the ball.

Meuwesen then missed two forward passes in the build-up to Lelia Masaga’s second try, which rather detracted from the magical interplay between Cruden and Nanai-Williams in the build-up.

The Kings were trailing 13-18 at halftime, buoyed by Sergeal Petersen’s scintillating 85m try, but had had no luck, especially considering they also lost captain Darron Nell, in the warm-up, and fullback SP Marais to injury.

The Chiefs quickly extended their lead to 32-13 after the break and at many other venues in South Africa a pall would have descended over the stadium. But, with the large crowd giving boisterous support, the Kings mashed together some phases, playing enterprising rugby and were rewarded with a try by eighthman Jacques Engelbrecht. They spent much of the final quarter hard on attack and, with two Catrakilis penalties cutting their lead to just eight points, the Chiefs were forced to kick at goal to keep themselves safe.

The Kings could have pushed the Chiefs harder by committing more players at the breakdowns just to slow down their ball, and also to clean out the many Kiwis hampering their own recycling, but up till now the Eastern Cape rookies have done themselves proud in the toughest of competitions.

While the mood was buoyant in Port Elizabeth, there were bound to be several nights on the tiles in Bloemfontein as the Cheetahs pulled off a second consecutive victory overseas as they edged the Waratahs 27-26 in Sydney.

The smoke from the fireworks had still not cleared from the air as the Cheetahs scored a breathtaking opening try, Willie le Roux regathering his own deft chip and sending Robert Ebersohn dashing down the right wing.

Le Roux was at it again with 10 minutes remaining when he again chipped over the defence and then palmed the ball on to Raymond Rhule in an astonishing moment of skill. Rhule was brought down inside the Waratahs 22, but was unstoppable a couple of phases later as he weaved his way through to the line for a wonderful try.

The try was also the match-winning one as it gave the Cheetahs a 27-23 lead, but their fantastic defence in the closing minutes was probably the premier reason for a victory that seemed unlikely for lengthy periods when they were being dominated by the home side. DM