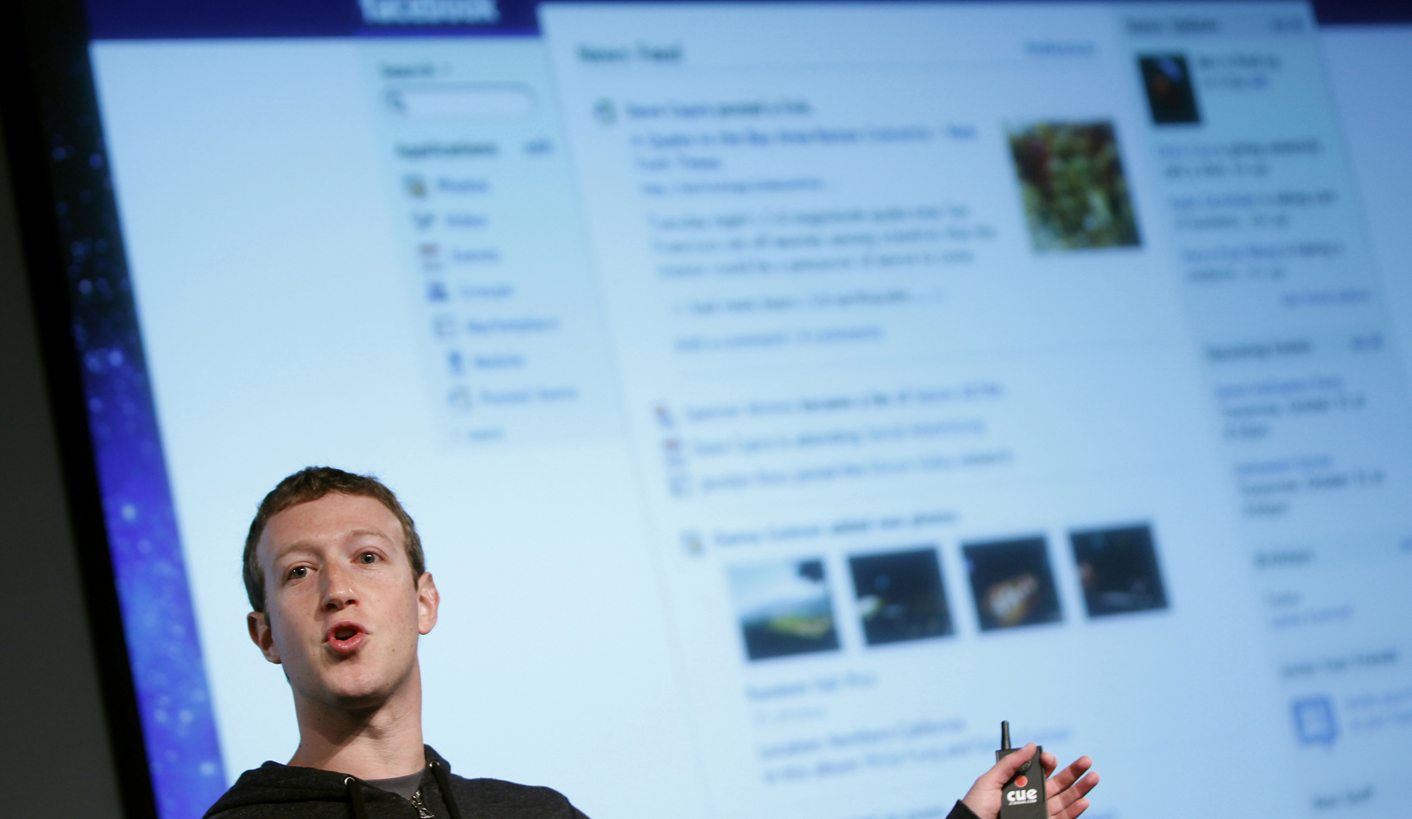 Facebook Inc introduced the biggest change in years for its popular newsfeed on Thursday, a face-lift that renders the social network more ad-friendly while potentially prompting its more than one billion users to spend more time on its website. By Alexei Oreskovic.

The changes to the newsfeed, whose look and feel has remained largely unchanged since its inception, include a division into several sections, with separate areas for photographs and music.

And it comes with a revamped interface that gives more prominence to visual media, such as photos and videos.

Facebook Chief Executive Mark Zuckerberg the makeover was part of an effort to position the social network as a “personalized newspaper,” complete with different sections for users to explore.

The makeover comes roughly a month after Facebook introduced a new social search feature it dubbed “graph “search” that makes it easier for users to discover more content on the social network.

The much-needed changes unveiled on Thursday, which standardize the network’s look across different types of desktop and mobile devices, served mainly to bring Facebook up-to-date as Google+, the much younger competing social network started by Google Inc, begins to incorporate more video and images.

“This is just going to provide more opportunity for people to click around and stick around,” said Brian Blau, an analyst with industry research firm Gartner, about the revamped newsfeed.

“The newsfeed was kind of outdated. This sort of brings it up to maybe what’s comparable to sort of their competition, and partner sites that are focusing on media and richness.”

Facebook’s newsfeed, an ever-changing stream of photos, videos and comments uploaded from friends, is the first page most users see upon logging in. It is one of three “pillars” of the service, along with search and user profiles.

The updated newsfeed provides more space for the photos and videos that users share on the network, and provides a more consistent look and feel between the version for PCs and for mobile devices such as smartphones and tablets. The changes will begin rolling out in limited fashion from Thursday, Facebook said.

The last major update to the feature occurred in September 2011. Since then, the company has incorporated ads directly into the feed and has shifted its focus to creating “mobile-first experiences,” because more people now access the social network from smartphones and desktops than from desktop computers.

Marketers will be able to fashion more compelling ads thanks to the increased real estate for photos, said Hussein Fazal, the CEO of AdParlor, a firm that helps companies advertise on Facebook. “Larger images will result in higher click through-rates, a higher level of engagement and better performance,” Fazal wrote in an email.

Analysts say however the company needs to tread carefully to avoid inundating users’ various feeds with advertising, as Facebook tries to sustain a rapid pace of growth that helped it debut on public markets at the highest-ever valuation for a technology company.

The world’s largest social network is moving to regain Wall Street’s confidence after its botched IPO last year, addressing concerns about its long-term prospects – many of which center on an industry-wide shift toward the use of mobile devices.

Facebook shares, which are still more than a quarter off their IPO price of $38, were up 4 percent at $28.56 on Thursday afternoon on the Nasdaq.

Facebook and Google, which both got their start on desktop computers, are now managing a transition of their products onto smartphones and tablets, which typically yield less revenue than on PCs.

The two Internet mainstays are also waging a war for revenue in mobile advertising – a market that is still small compared with the traditional desktop but that is growing exponentially.

In terms of overall mobile advertising, Google commanded a 53.5 percent share in 2012, aided by its dominance in search-based ads. Facebook had just 8.4 percent, a distant runner-up, according to estimates from research house eMarketer.

But in terms of mobile display ad sales, Facebook narrowly edges out its rival with 18.4 percent of the market versus Google’s 17 percent, the research outfit estimated. DM