From our vault: The Gettysburg address, and why SA poli...

From our vault: The Gettysburg address, and why SA politicians should read it every day 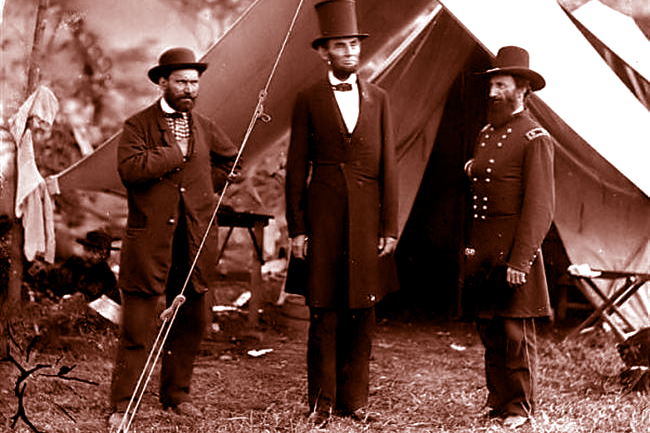 Charles Darwin, Felix Mendelssohn and Edgar Allan Poe were all born in 1809. But it was also a year that saw the birth of a Kentucky boy who went on to save the United States of America and forever define the essence of the just government. His name was Lincoln, Abraham Lincoln. By J BROOKS SPECTOR.

Of all the SA folk who watched Steven Spielberg’s masterpiece Lincoln, probably not one failed to compare the leadership the US had in those days to the leadership this country currently endures. We all want, need, wish for a wise leader to steer our country out of rough waters and into the space of hope and prosperity. We all dream about the leader whose single-minded dream is to work for the country and the Constitution (s)he took an oath to protect. And for all you who find that South Africa these days has none of that, here’s a brilliant story from our very own treasure trove. Hope you enjoy it.

Lincoln was America’s 16th president and the first one elected from what was then the distant west – the state of Illinois, although he was born years earlier on the earlier frontier line in Kentucky. It seems no coincidence – and something America’s 44th president has made sure we are aware of as well – that Obama and Lincoln came from the same state, and that Obama has frequently invited comparisons with Lincoln’s consummate rhetorical gifts. Obama’s campaign speeches, most especially his meditation on race and his victory speeches at the Democratic convention and when he claimed victory, did nothing to lessen the comparison – and to give rise to some Herculean expectations.

This year will mark another anniversary – the 150th – of the Gettysburg Address, Lincoln’s most inspiring speech. A speech just 277 words long, a speech that took less than three minutes to deliver, and a speech that managed to encapsulate the essence of the relationship between governors and the governed.  In so doing, he coined the phrase that is shorthand for the entirety of democratic thought, reaching back to one of history’s other great speeches about sacrifice and human loss in service to ideals – Pericles’ “Oration for the Athenian Dead”.

Lincoln was home schooled on the then-frontier; he worked as a farmer and odd job man; and eventually became a nearly-self taught lawyer. Along the way he served briefly in the Illinois state legislature; became well-to-do as an attorney for the new technology of the time, the railroads; ran unsuccessfully for the senate and then became the new Republican party’s first successful candidate for the presidency. His principled stand opposing the expansion of slavery made the American civil war inevitable as the slave holding states felt his election threatened their economic system and even their way of life.  As president he led the northern half of the country to ultimate victory, along the way reshaping (and being reshaped himself) the fight beyond simply the preservation of the United States as a single nation and into a struggle for the soul of the country – a country that could no longer exist half slave and half free.

Four months after the battle at Gettysburg, 1st to 3rd July 1863 (the monumental southern defeat that became the high water mark for the south’s fortunes and the starting point for its eventual defeat), Lincoln boarded the train in Washington, DC to travel north to the battlefield at Gettysburg with a solitary detective bodyguard. He was on the schedule as an incidental part of the dedication, on November 19, of the battlefield cemeteries. The main speaker of the event was a distinguished public figure, then 68 years old former Congressman, Edward Everett, who spoke non-stop for some two hours. Everett is now virtually forgotten by everyone except political trivia mavens.

Everett’s speech was the day’s principal speech, at least according to the program. His 13,607-word (!) oration began:

“Standing beneath this serene sky, overlooking these broad fields now reposing from the labours of the waning year, the mighty Alleghenies dimly towering before us, the graves of our brethren beneath our feet, it is with hesitation that I raise my poor voice to break the eloquent silence of God and Nature. But the duty to which you have called me must be performed….”

“…that wheresoever throughout the civilized world the accounts of this great warfare are read, and down to the latest period of recorded time, in the glorious annals of our common country, there will be no brighter page than that which relates the Battles of Gettysburg.”

No poetry there. None. Nada.

By contrast, Lincoln, within the time it takes to watch three television commercials, and a man who had taught himself rhetoric from The Bible, Shakespeare’s tragedies, Bracton’s “Commentaries on the Law” and a collection of Roman and Greek histories, encapsulated the ultimate purposes of government with his final phrase, “that government: of the people, by the people, for the people, shall not perish from the earth.”

Historian Garry Wills draws our attention to the striking parallels in the structure of the arguments, between Lincoln’s speech and Pericles’s funeral oration during the Peloponnesian War. Both begin with the ancestors. Pericles starts his speech with “I shall begin with our ancestors: it is both just and proper that they should have the honour of the first mention on an occasion like the present” goes on to praise democracy, honour the sacrifice of the fallen and — finally — to exhort the living to value their deaths through the actions of the living.

And Adam Gopnik, writing in The New Yorker, adds that “Lincoln had mastered the sound of the King James Bible so completely that he could recast abstract issues of constitutional law in Biblical terms, making the proposition that Texas and New Hampshire should be forever bound by a single post office sound like something right out of Genesis.”

In fact, Lincoln’s Gettysburg speech has such a rhythmic quality to it that it has been memorably set to music (together with excerpts from some of his other writings) by American composer Aaron Copland in “Lincoln Portrait”. This composition, introduced in the dark days just after Pearl Harbour and the entry of the US into World War II, would be performed hundreds of times during the war to encourage the country. With time, it has passed into the permanent repertoire of orchestras around the country.

Photo: Part of The Gettysburg Address, in Lincoln’s hand

Back in the days when students still gave memorized oral presentations in class, Lincoln’s speech was the gold standard. It still is a standard of the highest quality, and it may well be one of the few presidential addresses that have been memorized by generations of Americans. Maybe it is a curiosity, but Word’s spell-check doesn’t accept one of Lincoln’s sentences as written. On the whole, we think we’ll go with Lincoln.

“Four score and seven years ago our fathers brought forth on this continent a new nation, conceived in Liberty, and dedicated to the proposition that all men are created equal.

“Now we are engaged in a great civil war, testing whether that nation, or any nation, so conceived and so dedicated, can long endure. We are met on a great battlefield of that war. We have come to dedicate a portion of that field, as a final resting place for those who here gave their lives that that nation might live. It is altogether fitting and proper that we should do this.

“But, in a larger sense, we can not dedicate…we can not consecrate…we can not hallow this ground. The brave men, living and dead, who struggled here, have consecrated it, far above our poor power to add or detract. The world will little note, nor long remember what we say here, but it can never forget what they did here. It is for us the living, rather, to be dedicated here to the unfinished work which they who fought here have thus far so nobly advanced.

“It is rather for us to be here dedicated to the great task remaining before us—that from these honoured dead we take increased devotion to that cause for which they gave the last full measure of devotion—that we here highly resolve that these dead shall not have died in vain—that this nation, under God, shall have a new birth of freedom—and that government: of the people, by the people, for the people, shall not perish from the earth.”

So we’ve made you read how Abraham Lincoln grasped both the moment and eternity, simultaneously, when he spoke of a generation lost in battle. But, if you are really pressed for time, you could have skipped to the last paragraph of his great speech at Gettysburg, because that’s the core, the direct and unambiguous “OF, BY and FOR the people”. Government officials – here just as much as in America – could do a great deal worse than read – every day – Lincoln’s lesson on the ultimate purposes of government, any government. DM