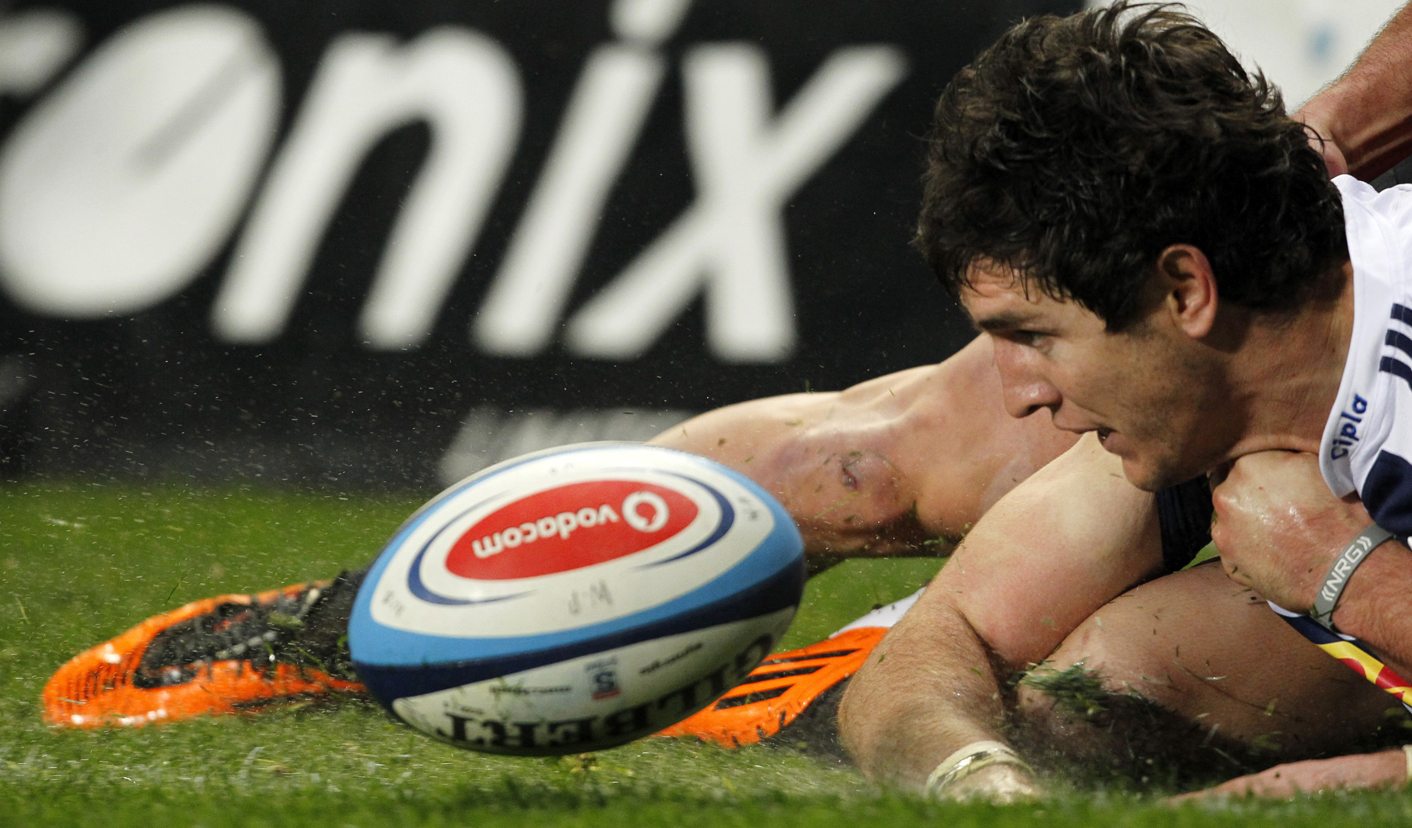 But passionless Stormers blow cold at Loftus and the Sharks are made to work hard by the Cheetahs, writes KEN BORLAND.

It was a result cheered all around the country, except probably in Gauteng, as the Southern Kings surprised everyone by making a winning debut in SuperRugby and dispatching the Western Force 22-10 in Port Elizabeth.

It was a thrilling victory for rugby romantics, with passion and commitment in defence counting as much as any skill or big-name stars.

That the Force enjoyed 63% of possession and made just 83 tackles compared to the Kings’ 165 (with a 94% success rate) are telling statistics epitomising an effort that will go down in Eastern Cape rugby folklore.

And the name Sergeal Petersen is one you are clearly going to hear a lot more of as the 18-year-old SA Schools wing scored two tries.

What’s impressive about Petersen is that he clearly has a nose for an opportunity, his first try coming when he darted between two defenders, juggled and caught the bouncing ball and sped clear to make a try of nothing.

The powerfully built former World Youth Championships athlete scored his second try came when he received the ball close to the touchline, managed to evade a couple of defenders and then muscled his way over.

The Kings’ character was in the firing line in the first half as they trailed 5-10 and then lost inspirational captain Luke Watson after he took a blow to the throat. But they came out in the second half in high spirits, taking the lead through two penalties by flyhalf Demetri Catrakilis.

The key moment came in the 54th minute when Force lock Hugh McMeniman was yellow-carded for a high tackle. The penalty was kicked into the corner and this gave the Kings the territory to launch the attack that led to Petersen’s second, crucial try.

The rookies led 16-11 and Catrakilis added to this advantage with two late penalties to seal one of the most surprising results ever in SuperRugby.

The other surprise of the weekend came in Pretoria where the Stormers played with neither the spark nor passion that took them to the top of the South African Conference and Currie Cup glory last year.

Coach Allister Coetzee called it “the Currie Cup blues” and the overriding impression was that the Stormers just failed to pitch up for the game, which was extraordinary because it was the north/south derby against their arch-rivals, the Bulls.

The Bulls’ game plan of strangling the opposition by dominating territory through their kicking game was clinically executed, with flyhalf Morné Steyn the star of the show for the way he took control of the match and succeeded with all seven of his kicks at goal.

As captain Jean de Villiers pointed out, the Stormers picked up a log point from every game last year, but this time they would depart Loftus Versfeld with nothing after their 25-17 defeat.

“We were flat, in the first half especially, and we gave away stupid penalties and made stupid mistakes. It’s a massive wake-up call, there’s a huge difference between Currie Cup and SuperRugby, you need to step up, and we didn’t,” De Villiers said.

When playing the Bulls at Loftus, it is essential to have a good kicking game to release the pressure, but flyhalf Elton Jantjies sadly had a dreadful first outing for the Stormers, missing their first four kicks at goal and also being schooled by Steyn when it came to tactical kicking.

A creaking scrum and a dysfunctional lineout will be other items Coetzee and De Villiers will be looking to address this week.

The Bulls were in firm control in the first half, enjoying 68% territory, and probably should have converted that pressure into more points than just the three Steyn penalties that put them 9-0 in front.

Judging by how upset Coetzee was after the game, the Stormers were obviously given a blast by the coach in the changeroom in the halftime break and they came out firing for the third quarter.

De Villiers dived over in the corner for a try – which only the man in the TMO box thought was legal after a knock-on and Bryan Habana crawling along the ground with the ball – and a Joe Pietersen penalty closed the gap to 10-12 in the 54th minute.

Stormers scrumhalf Nic Groom then did well to catch Pierre Spies in possession at the back of a scrum, but the visitors then went off their feet, gifting Steyn his fifth penalty.

De Villiers was then caught on the wrong side of a ruck in front of his own poles, giving Steyn another penalty just four minutes later, and hooker Chiliboy Ralepelle’s try, running on to a Francois Hougaard grubber, gave the Bulls a cosy 25-10 lead with just 12 minutes remaining.

The Sharks had to survive some rough seas in Bloemfontein (sorry, but there is Naval Hill nearby!) to see off the Cheetahs 29-22.

Attacking from broken play is the one department in which the Cheetahs consistently excel and, as the game opened up in the second half, they mounted a stirring fight-back from 5-26 down.

But the Sharks always had the edge in the set pieces and this ultimately was the telling factor.

“We always knew it would be tough playing the Cheetahs in Bloemfontein, but the whole pack of forwards dominated on the day. Thanks to guys like Jannie du Plessis and Beast Mtawarira, we got a good platform from the scrums for our attacks,” Sharks captain Francois Steyn said.

It also didn’t help the Cheetahs that their talismanic young flyhalf Johan Goosen had an awful first half.

By contrast, his rival for the Springbok number 10 jersey, Pat Lambie, had a fine afternoon and had a hand in much of the good work the Sharks did, as well as kicking faultlessly at goal.

The Cheetahs were not structured nor sharp enough on attack in the first half, not enjoying the same cohesion they displayed in the second half when Goosen came good.

But when they click, the Cheetahs are not going to be easy-beats in Bloemfontein. DM