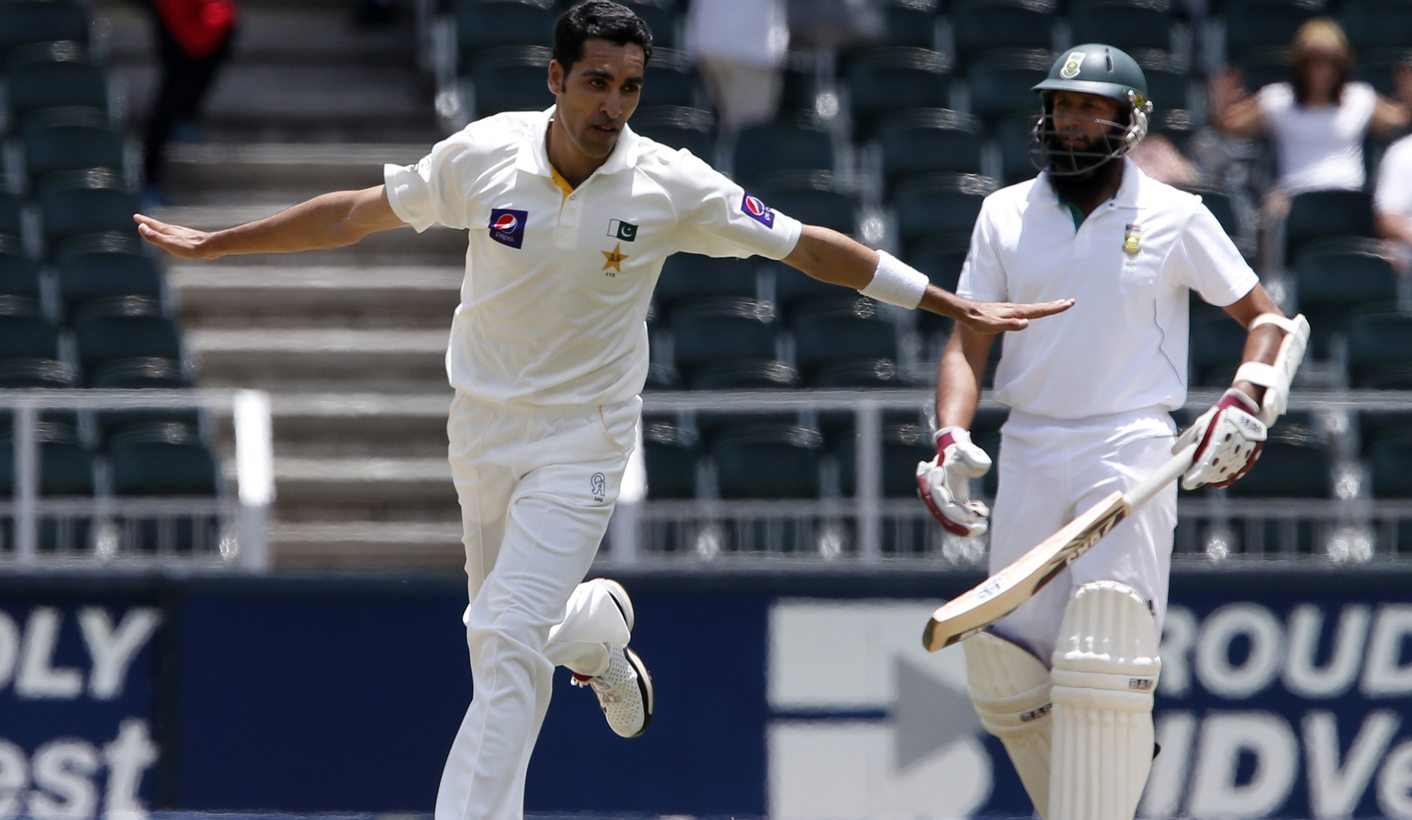 The Decision Review System is under fire following the first Test, during which five review decisions went against tourists. But blame for the apparently inconsistent application of the DRS cannot be dumped at the door of technology; the error was human and controversy could easily have been avoided if HotSpot had been scrapped for the Test the moment concerns were expressed. By KEN BORLAND.

The Pakistan cricket team have asked their board to take up the numerous dubious HotSpot decisions that were made against them in the first Test at the Wanderers with the International Cricket Council, their manager confirmed on Monday.

“We have given a report about it to our board and they will take it further,” Pakistan team manager Naveed Cheema told the Daily Maverick after they had succumbed to a 211-run defeat at the hands of South Africa.

It is believed their unhappiness will also form a large part of their standard report on the umpiring that is sent to the ICC after all Tests.

On the five occasions in the Test that a review was asked for and HotSpot was used, all five decisions went against Pakistan.

Matters came to a head on the second day when Misbah ul-Haq was given out caught behind for 12, having originally been adjudged not out by on-field umpire Billy Bowden. South Africa called for a review and HotSpot showed no conclusive evidence that the ball had hit the bat, but third umpire Steve Davis gave the Pakistan captain out, leading to an animated expression of disbelief from coach Dav Whatmore in the changeroom.

What really upset Pakistan was that on the first day, AB de Villiers (twice) and Faf du Plessis had both enjoyed positive results from reviews because HotSpot displayed a similar lack of evidence.

The inconsistency was obvious and, on the final day, Umar Gul was given out caught behind on review with HotSpot again not showing any mark on the bat.

The inconsistent application and performance of HotSpot – on the third day it clearly showed edges – has sparked new controversy over the Decision Review System (DRS) and the use of technology in cricket.

But if we accept that technology is now part of the furniture in cricket’s living room, should we be blaming the system when some incompetent human uses it incorrectly and falls off the couch?

According to the match referee, Jeff Crowe, Davis was looking at direct-feed, super-enhanced images different to what everyone else saw on TV.

But, even if this was true and the images were so much better than the regular pictures bounced off satellites into our televisions, it would totally defeat the object of the DRS.

The DRS was introduced to put an end to obviously bad decisions that were then replayed on TV so everyone was aware of them; before widespread live coverage of cricket, the system was not necessary because mistakes were less obvious.

For the public to be told, “don’t worry, you’re not seeing the whole picture” is totally unsatisfactory and takes us back to the old days when the first time people became aware of a bad decision was reading about it in the newspaper the next day. People still see the replays and are unlikely to buy this disingenuous justification from the ICC.

Besides, the scoreboard at the Wanderers, which runs on the same direct feed the third umpire gets, was showing images identical to the ones broadcast on TV, albeit a couple of seconds earlier.

There is not much wrong with the DRS system if it is used properly. As soon as concerns were expressed on the first day with HotSpot, it should have been scrapped for this Test.

The system is there to reduce controversy in international cricket, by taking away the howler, but with the players now using DRS tactically and the umpires sometimes not having the nous to use it correctly, the technology is often stealing the limelight unnecessarily. DM