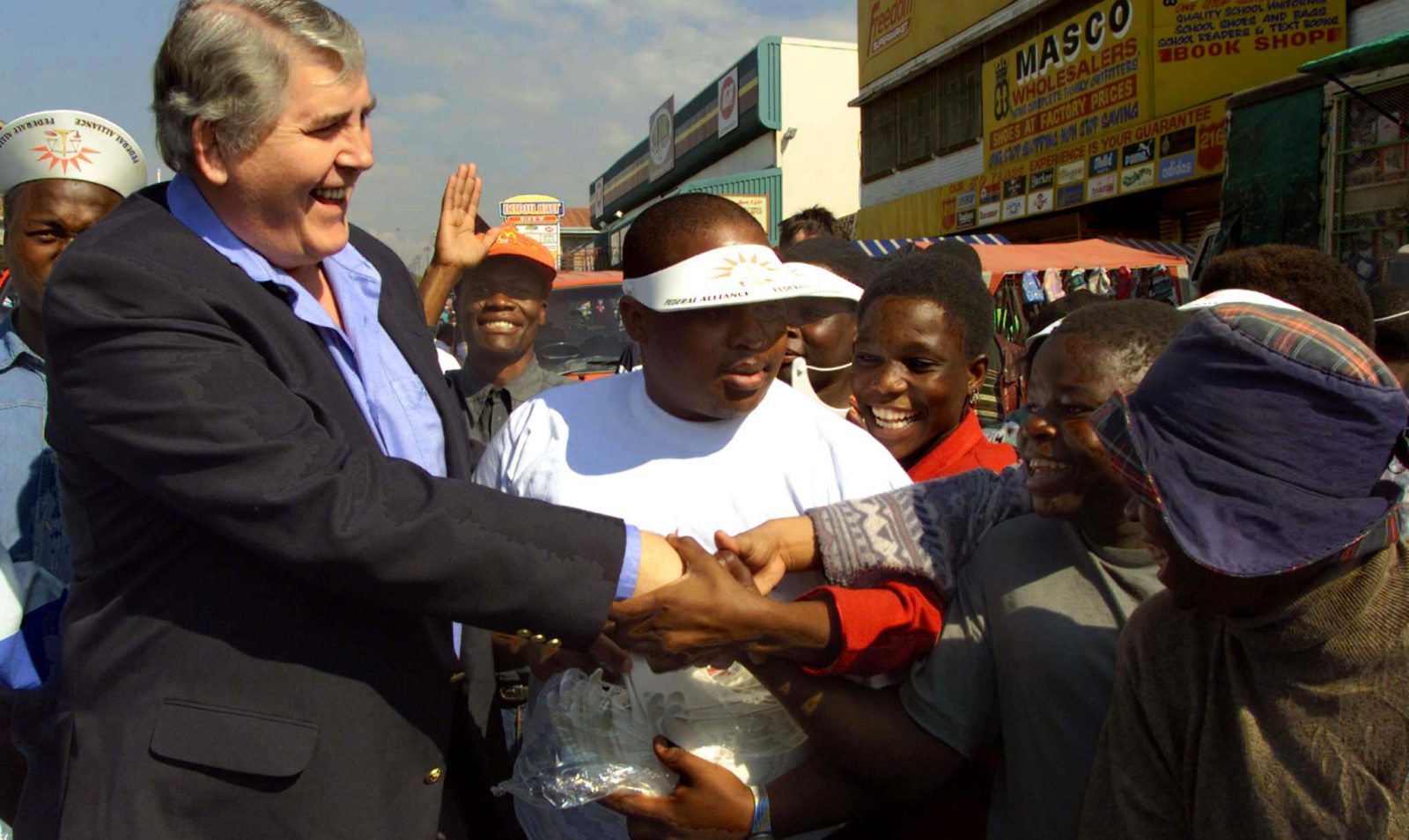 To say Louis Luyt was controversial, controlling and not always popular would be an understatement. He had a giant personality, and attracted giant opinions - good and bad. By KEN BORLAND.

Louis Luyt, the former president of the South African Rugby Football Union, parliamentarian and businessman, did not exactly have what could be described as an inclusive leadership style. But then again, he probably didn’t need to as he came from a section of society known as the “Super-Afrikaners”, had close ties with the ruling National Party and, allegedly, the Broederbond.

Although he was amongst the first to initiate talks with the then-banned ANC, Luyt angered the government and the majority of South Africans in 1998 when he crossed the line and forced President Nelson Mandela to testify as a witness when rugby faced a commission of inquiry into the sport’s slow pace of transformation.

A self-made man, Luyt made his fortune as a fertiliser salesman, then brought a brewery and, infamously,The Citizen as it became embroiled in the Infogate scandal that revealed the National Party were actually funding the newspaper.

To say he did not suffer fools gladly would be an understatement: negotiations or meetings with Luyt were not for the fainthearted and the former Free State lock forward had little time for tact nor pleasantries. He preferred the Bull-In-A-China-Shop approach and bulldozed his way into getting what he wanted.

Where Luyt did provide great joy for the country was in bringing and heading the organisation of the 1995 Rugby World Cup in South Africa, although he rather sullied all his good work after the final with a horribly ungracious speech after the Springboks’ triumph.

The All Blacks left the post-match function when Luyt boasted that the win proved South Africa would have won the previous two World Cups as well, and the referees and many other guests followed suit when he presented semi-final referee Derek Bevan with a gold watch after a tight encounter against France had been edged by the hosts. Ed Morrison, who took charge of the final, received nothing.

Luyt only lasted another three more years as Sarfu president, the outrage over his treatment of Mandela eventually leading to his ousting, after which he moved to the North Coast of KZN, where he died on Friday at the age of 80 after a series of heart problems.

Rugby in South Africa is led by a president of a totally different style these days in the urbane Oregan Hoskins, but he has been criticised for being toothless, with some calling for another Luyt to “sort out rugby”.

But South African rugby is now a multi-million rand business and cannot afford the sort of nepotism and favouritism Luyt showed … The news that he had retired in KZN did not go down well in the province because Sharks fans always felt they were screwed over by the long-time Transvaal Rugby Union strongman.

Hoskins is only constrained because of the structural weakness in South African rugby that sees 14 directors from all the provinces, some of them dinosaurs from the Luyt era, running the game, rather than an executive of professional experts.

Luyt used the system superbly, getting the smaller unions behind him as he made Transvaal the powerhouses, but his modus operandi could never work in this age of corporate PR and labour rights.

The way he fired Ian McIntosh as Springbok coach in 1994 without warning after he had drawn a Test in New Zealand was typical of the way Luyt operated.

Following his departure from rugby administration, Luyt became a member of parliament for the Federal Alliance party he began and, quite remarkably considering his legal tussle with Mandela, was elected on to the Judicial Services Commission.

Capable of infuriating but also getting things done, Luyt was undoubtedly one of the most colourful people in the history of South Africa’s transition to democracy.

Such giant personalities are few and far between, but the disappointment was that Luyt chose to feed his own ego and was not, in the end, the nation-builder and rugby messiah he could have been.

Cosatu general secretary Zwelinzima Vavi, who tweeted that Luyt had “caused some of us to turn backs on sport we love” is not the only one who will lament the negative influence Luyt became. DM