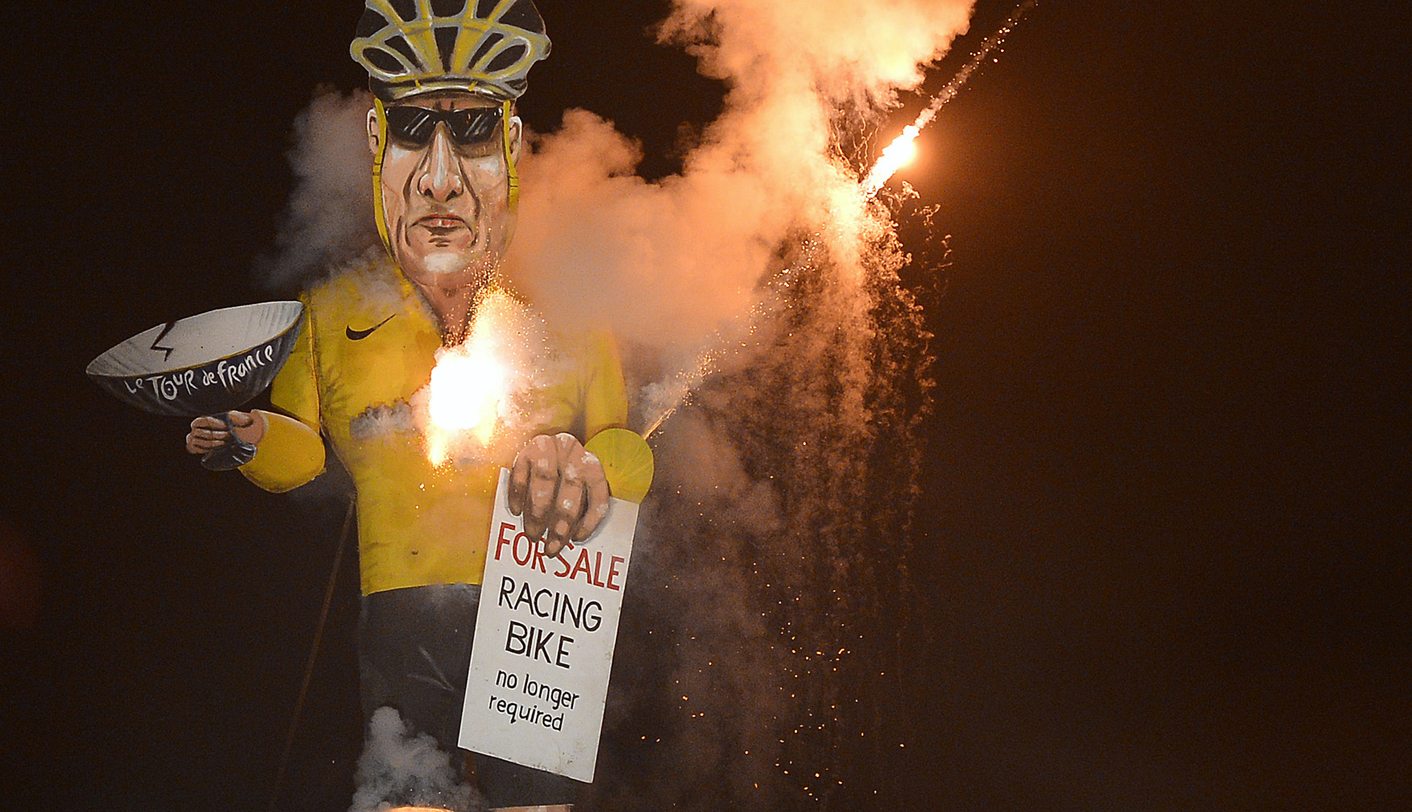 We all knew that Lance Armstrong was going to confess to doping. The question was far more about the nature of his admission; to confirm widespread suspicion that his moment of television redemption was actually part of a greater game. For whatever reason, the seven times former Tour de France champion still wants to cycle – even if he is 50 years old when he is once again allowed to compete in some races. SIPHO HLONGWANE watched Armstrong’s attempt at a confession with disbelief.

Was Armstrong’s interview with Oprah part of a cynical ploy to have the United States Anti-Doping Agency (USADA) mitigate his ban from professional sport?

Oprah Winfrey’s channel broadcast the first part of the interview on Thursday night (Friday morning in South Africa) with the second part to follow later on Friday. The opening volley of questions made for riveting television.

Did he use peptide hormone erythropoietin? Yes, came the answer.

Did he use other banned substances like steroids? Yes.

Did he use performance-enhancing drugs in all seven of the Tour de France races he won? Yes.

Why did he lie so much about doping?

“I don’t know [if] I have a great answer. This is too late, probably for most people, and that’s my fault. I view this situation as one big lie that I repeated a lot of times. It’s not as if I said no and moved off it. While I’ve lived through this process, I know the truth. The truth isn’t what I said and now it’s gone,” Armstrong said.

He gave a specific description of his personal drug cocktail: “I viewed it as very simple. We had things that were oxygen-boosting drugs, for want of a better word, that were incredibly beneficial for endurance sports and that’s all you needed. My cocktail, so to speak, was only EPO, but not a lot, [blood] transfusions and testosterone.”

In its 1,000-page report on the Lance Armstrong doping ring, the USADA buried the former champion’s dismissals and threats to sue under an immovable weight of evidence. The report included testimonies from former teammates Floyd Landis and Tyler Hamilton (who both were separately found guilty of doping) as well as sworn affidavits from former team-mates with no doping stains to taint their characters: Jonathan Vaughters, Christian Vande Velde, George Hincapie, Michael Barry, Levi Leipheimer, Tom Danielson and others. The report makes clear who the ringleader was: Mr Armstrong.

The United States Postal Service team (which Armstrong led in the Tour de France) described the squad (which included a doctor in Italy) as running “the most sophisticated, professionalised and successful doping programme that sport has ever seen” in the USADA report.

In the interview, Armstrong was quick to downplay his role as leader of the pack, even though many testimonies painted him as a man who put extreme pressure on teammates to dope. When the interview turned to his behaviour towards other people, there was sudden distance between the man giving the interview and the one under discussion.

He only admitted to bullying at times, and only as a personal flaw. As the Guardian put it, it was “a bit like biting one’s nails.”

Contrary to what the USADA report says, Armstrong was careful to deny running a doping circle at the Postal Service team.

His quote: “I was the leader of the team. The leader of any team leads by example. There was never a direct order, ‘you have to do this if you want to be on the team’, that never happened. But it was a competitive time. We were all grown men we all made our choices. There were people on the team that chose not to.”

After that, the interview quickly moved on to what Armstrong really wanted the interview for: An opportunity to write the story of how he was under too much pressure from everybody to succeed. We are actually supposed to feel sorry for him.
His reason why he doped at all?

To level the playing field. He didn’t think that he could win without doping, at least not in that generation.

“I looked up the definition of a cheat: to gain an advantage. I didn’t view it that way. I viewed it as a level playing field.”

Sorry, what? You’re the victim here?

He appeared a little nervous at first, but mostly relaxed. His confession was emotionless, and some of it was immediately false to anyone familiar with the report that finally sunk him. The interview was pre-recorded in parts, and afterwards Oprah told CBS, “He did not come clean in the manner I expected, I was surprised.”

She said: “Myself and the whole team were mesmerized and riveted by some of his answers… think he answered my questions satisfactorily. He was thoughtful and serious and had prepared himself for this moment and at the end of it we were both pretty exhausted.  I had a strategy and I went in prepared to have to dig and pull but he was very forthcoming with his answers.”

The second part of the interview is yet to be aired, but it’s clear from the first that nothing the public doesn’t already know will be revealed by this exercise.

Mark Hutchinson, a British former professional cyclist, said to the Guardian after watching the interview, “The amount of power Armstrong believed he had is really quite something. He clearly thought he could face down the law, the anti-doping agencies, and a huge number of witnesses who’d all seen the same thing.

“In some ways, it’s more interesting on the subject of how powerful, ambitious men think they should operate than it is on doping or sport.”
Keep in mind that unlike so many of his cheating comrades, Armstrong did not have to confess before a federal court or a sporting tribunal. This was done before the gentlest prosecutor on earth, Oprah Winfrey, and the most forgiving jury of all: her audience. It’s all well to come (partly) clean, but on television to Oprah?

The confession was for himself, not for “the nation” or indeed anyone he hurt. He admitted to personal failings, but stopped just short of incriminating himself in a way that could get him into trouble with the law later on. While his hands were mostly on his side (sometimes touching his face – Bill Clinton, anyone?) those who chose to could see that in his mind at least, they were covering his exposed bottom. DM

Photo: An effigy of U.S. cyclist Lance Armstrong burns during Bonfire Night celebrations in Edenbridge, south east England November 3, 2012. The 30 foot (10 metre) representation of the now disgraced seven times winner of the Tour de France was burned alongside a traditional representation of British historical figure Guy Fawkes in the annual event that marks a failed attempt to blow up Britain’s Houses of Parliament in 1605. REUTERS/Toby Melville