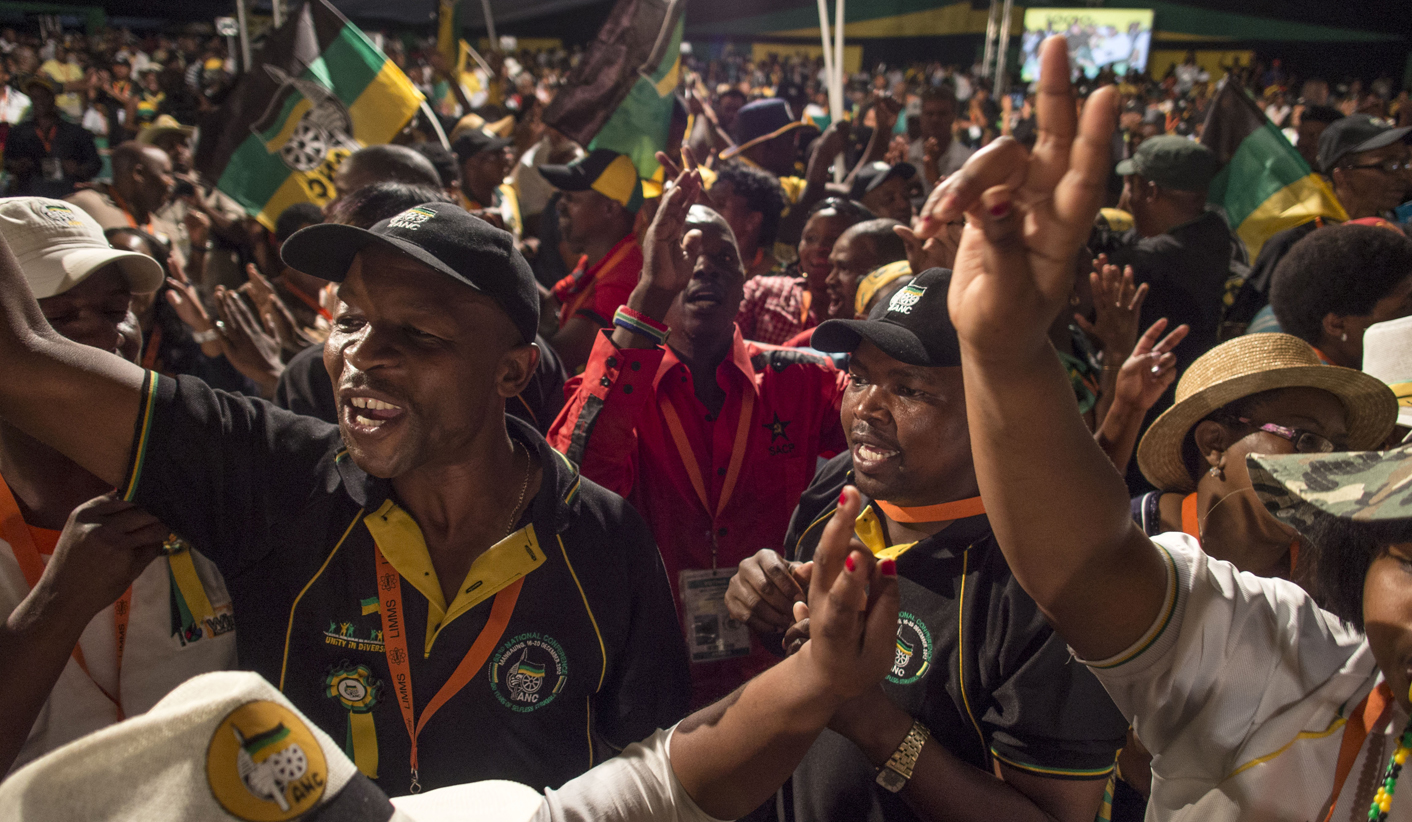 The National Executive Committee (NEC) of the African National Congress declared 2013 to be “The Year of Unity in Action Towards Socio-Economic Freedom”. Under that umbrella theme, the second transition document and the National Development Plan are supposed to live happily together. They will, too, contradictions be damned. By SIPHO HLONGWANE.

Cast your mind back to June 2012. The ANC held its national policy conference at the end of that month, and one of the most hotly-debated topics was the Second Transition document, which posited that the party should divide its decades-old campaign to reshape South Africa (popularly known as the national democratic revolution) into two: the first, the political transition, should be viewed as complete. The second transition is the battle for socio-economic equality – the authors of the document said that this one should be tackled as if it was new.

After President Jacob Zuma publicly endorsed the idea of a second transition, the point of the document was lost as it became a pawn in the low-key struggle that rumbled between two factions, those who wanted to see the incumbent re-elected, and the supporters of Kgalema Motlanthe. Eventually the name of the Second Transition document was changed to Second Phase of the Transition, and it passed otherwise mostly undisturbed.

After the ANC’s elective conference in Mangaung, the basic idea of the second transition document has re-emerged, and is now one of the policy pillars for Zuma’s second term. On Saturday, he read out the NEC’s January 8 statement, which sets out the map for the party in the coming year. The second transition will inform economic and social policies as part of a broader policy thrust, directed by the National Development Plan (NDP).

The 1913 Natives Land Act was one of the first and central laws to what would become known as Apartheid, and condemned blacks to a small portion of the country. A century later, the ANC in government is yoked with the task of undoing all the resultant damage. It is not just the legacy of the Land Act that the country must contend with, but as Zuma put it on Saturday: “We state categorically that the Land Act marked the beginning of all the problems we face today, such as landlessness, poverty and inequality. Land was taken away from the African people in order to turn them into a cheap reservoir of labour.”

A mixed economy where “public, private, cooperative and other forms of social ownership complement each other,” is the best answer to the skewed economy that we have inherited, Zuma said.

“Our economy faces skewed patterns of ownership and production. It is characterised by inequality, dualism and marginalisation. In addition, the monopoly domination of the economy is an obstacle to the goals of economic transformation, growth and development. Decisive action is required to thoroughly and urgently transform the economic patterns of the present in order to realise our vision for the future.”

The ANC has also promised to diversify the economy by opening up more space for blacks and women to participate.

Also as a part of the NDP – this bit of the plan is attributed to the New Growth Path, another policy document which must cohabit with the plan – Zuma said that the government should accelerate the implementation of 18 infrastructure programmes, especially those in the rural areas.

“Mining has historically been the backbone of our economy and should still contribute meaningfully to our development. We call on the ANC government to place the state mining company at the forefront of state intervention in the mining sector,” Zuma said.

“We have also resolved that the state must capture an equitable share of mineral resource rents through the tax system and deploy them in the interests of long-term economic growth, development and transformation. Government must implement this resolution.”

Zuma dwelt at length on the land question, saying that the willing-buyer-willing-seller model wasn’t working quickly enough to achieve the ANC’s goal for land transformation, and would be replaced by a “just and equitable” policy.

Essentially, nothing contained in the second transition document is new, and neither is the ANC’s intention to intensify socio-economic transformation. By regrouping the party’s socio-economic programmes under one name, Zuma is attempting to craft a legacy as the man who finished the national democratic revolution’s aims.

If its treatment in the last six months is any indication of the future it can expect, the second transition document will conveniently claim for itself the projects and successes of the NDP. It feels like the result of getting the party to back a document it didn’t write. (How strange that in this case, the ANC is happy to split hairs about the separation of state and party.) It is with no surprise that Zuma would say that a certain policy arises out of the second transition, and then defer its details to the NDP. This odd symbiosis does not appear to bother the ANC, nor does it seem obvious to scrap the extraneous policy document for the better one. DM