Mangaung, T minus two: Motlanthe is in the race – for everything 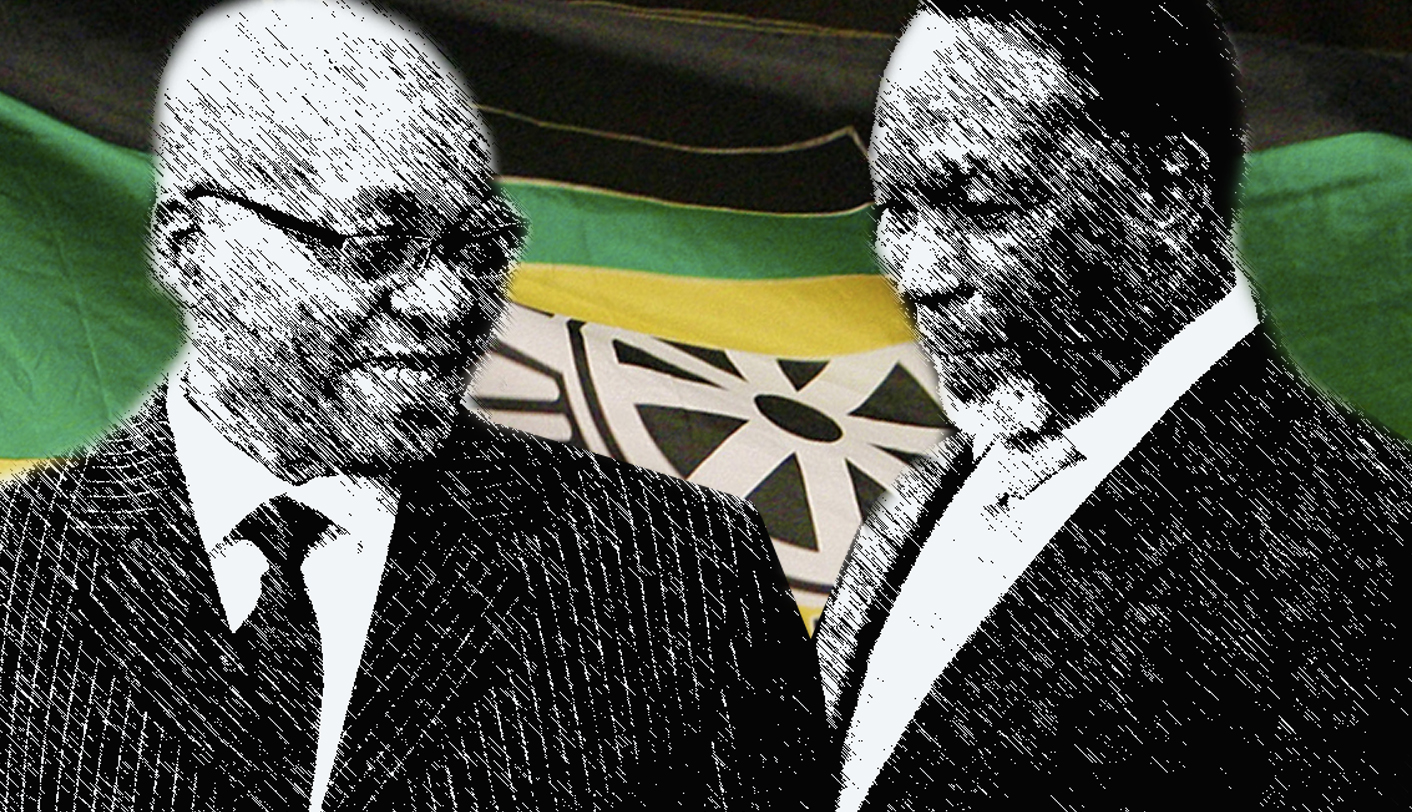 Multiple reports said on Wednesday that Deputy President Kgalema Motlanthe would accept nominations for the position of president of the ANC. This will pit him against Jacob Zuma and make the likelihood of a showdown in Mangaung very high. From now on, it will not be plain sailing for either man. By SIPHO HLONGWANE.

Before the elective conference goes ahead, the party’s electoral commission has to vet and confirm with any potential candidates that they will indeed run, and Motlanthe is understood to have had indicated that he will sign the nomination sheet.

While, for now, the deputy president’s people are deferring questions to the electoral commission, the fact that Phosa is running made it obvious that Motlanthe would run too, as they are on the same general slate.

Sources close to Motlanthe said that he would be signing three nomination forms: one of president, one for deputy president and one for a seat in the party’s national executive committee (NEC).

In what could charitably be called an unusual move, it was left to speculation for many months whether Motlanthe woudl run for president, and this will be the first time we have heard this from the man himself. He is notoriously difficult to suss out and prefers to play his cards very close to his chest until he chooses to make his move. Case in point: just hours after the news that he would run leaked, he gave a speech at Lilisleaf Farm which in no way gave reference to the leadership contest. Poker face indeed.

According to two sources within the ANC Youth League who are currently in Bloemfontein ahead of the conference (due to start on Sunday), furious lobbying for Motlanthe is underway. One source said that it was always a given that the deputy president would run against Zuma, as he had promised to “listen to the voice of the people”. The league, along with Gauteng, Limpopo and the Western Cape provincial divisions of the party, all nominated him for president.

At the beginning of December, City Press reported that Zuma had received 2,259 nominations, which in theory – provided that Mangaung would go the same way – would guarantee him a second term after the 4,500 delegates have voted.

However, the number of supposed supporters is not the only factor. While delegates to the conference will have been given a mandate by their branches, the ballot is secret. In truth, until the result is announced, nobody can say for sure who will lead the ANC.

In October, rumours emerged of a possible deal between Motlanthe and Zuma that would prevent a showdown in Mangaung, which many ANC insiders believe will be damaging to the unity of the party. That idea came to nought because of the deputy’s refusal to decline nominations for the position of president.

For Motlanthe to accept all nominations, even those that will pit him against Zuma, shows that he – like he did in Polokwane – will wait until the conference is underway before deciding which side to lean towards.

Cyril Ramaphosa will be a big factor in Motlanthe’s calculations, according to political analyst Ebrahim Fakir. Frustrated by the deputy’s refusal to pick a side, Zuma’s lobbyists have been floating the former party secretary general as a running mate, and he has received nominations for the position.

“If Ramaphosa says no [to his nominators], then Kgalema Motlanthe can still run as deputy president, because the Northern Cape nominated him for the position. If he runs, then Motlanthe is in trouble,” Fakir said.

However, if Motlanthe is serious about running against Zuma, then he left it far too late, Fakir said. “He really would not have been against ANC rules if he announced in October when the process began that he is going to accept nominations. It would have given him time to ensure that he is re-elected in his current position if he go for president.”

Motlanthe’s yes to all comers could actually be a part of campaign to reform the way that members choose top leaders. He is against slates – where all six top positions are voted for in blocs – but is being forced into one by the ultimatums of Zuma’s people.

“The emergence of slates within our organisational culture and the processes represent the worst form of corruption of the spirit, character and vision of the organisation,” Motlanthe said recently.

If Motlanthe accepts all nominations, he is effectively placing himself on two slates: his own one, and the Zuma one. This position is seemingly unacceptable to the president’s people, which is why Ramaphosa is suddenly on the scene. And if he decides to run against Motlanthe for deputy, our resident Keyser Söze runs the serious risk of being out of the top six once the dust settles.

This is not a decision to be taken lightly by Ramaphosa. He too must consider what the ANC in the next five years will look like, and what he can do about that. Accepting the Deputy President nomination guarantees that he will be first in line for the presidency come 2019, thus satisfying any personal ambitions for the highest job that he no doubt has. This is the easy choice. Refusing Zuma would mean staying forever on the fringes of power. It would also mean that he is unwilling to inherit the vast network of patronage and benefactors who all expect return on their investment – or, in other words, believe that he will never have the opportunity to lead the ANC in his own way.

So, until the next round of press conference and statements, nothing is set in stone just yet. Not even the likelihood of a Zuma vs. Motlanthe battle. Such is ANC politics. For Zuma, a re-election seems inevitable, though not completely certain. His deputy’s refusal to play the slate game has to be beyond infuriating.

What is truly extraordinary is that Motlanthe is willing to bury his political career under a mile of rubble just to make a point. Just how much this principled position will sway delegates of the modern-era ANC is something we will have to wait to see. DM