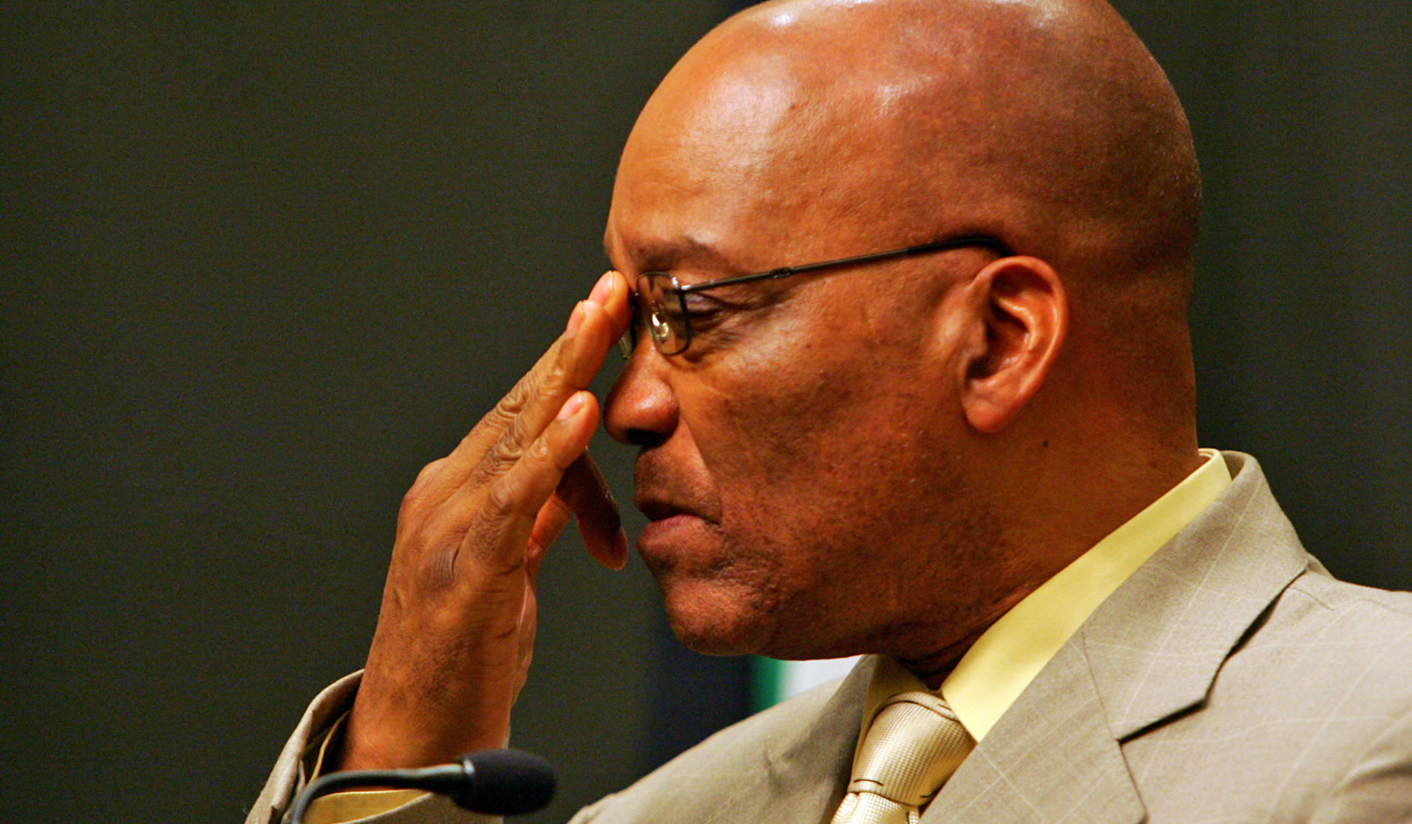 The end of the year nears. We all know what that means: it is listicle time! The Democratic Alliance is one of the first out of the blocks, with its scorecard of the national cabinet. It doesn’t make for good reading, but then, it hasn’t exactly been a brilliant year. By SIPHO HLONGWANE.

‘Tis the season to break out the news archives, spread them across the desk and painstakingly analyse the performance of every member of the national cabinet, starting with the president. Or in the case of an opposition party, break out the reports and memos, and an austerity budget pencil. This is a well-worn custom around the world, and it is a handy way of summing up something as (often) laborious as a government’s performance in a year. The Mail & Guardian does a very good one every year.

The Democratic Alliance as the official party of opposition in Parliament also does one. It is, at the least, a brilliant little piece of marketing. Scorecards are very easy to understand, and very difficult to argue against if done well. One can almost see the public reading the reasons for bad scores, and then turning to the embarrassed politician with a raised eyebrow. Best, this kind of exercise is hard to turn against its authors.

The 2012 edition was recently released, and it makes for woeful reading. In a year when so many preventable things went wrong, it was never going to be kind.

The criteria used for evaluation were:

1. Policy Direction: Does the Minister have a clearly articulated vision for his/ her department and has he/ she been effective in implementing this vision?

3. Finance and Administration: Does the Minister keep a tight hand on the purse strings of his/ her department and how has the department or office performed under his/ her watch?

Each person was then scored, A being the best and F being the worst.

The government’s response to the Marikana crisis, the Constitutional Court ruling that forced former prosecutions boss Menzi Simelane out, the ongoing failure of the NPA to hand over the so-called Zuma spy tapes to the DA after an order by the Supreme Court of Appeal, the Nkandla scandal and the economic policy deadlock all earned President Jacob Zuma an ‘F’, the lowest possible score.

By contrast, Deputy President Kgalema Motlanthe earned a passable ‘C’. “While he was not the top performer in Cabinet this past year, Mr Motlanthe displayed noteworthy qualities which President Zuma clearly lacks: a dedication to the Constitution; an honest approach to the serious challenges facing the government and a willingness to engage openly with Parliament and with South Africans,” the DA said.

The worst performers included labour minister Mildred Oliphant, who has been inexplicably mute while South Africa convulsed under the worst labour unrest since the end of Apartheid; police minister Nathi Mthethwa (for the increasing militarisation of the police service and the resultant use of brute force); state security Minister (secrecy bill); and the absent monitoring and evaluation minister Collins Chabane.

The DA said: “It is worth acknowledging separately the disastrous and embarrassing tenure of Tina Joemat-Pettersson as Minister of Agriculture, Forestry and Fisheries, who also received an ‘F’. Her handling of almost every single matter before her has been so incompetent and negligent that there is no longer any doubt that she should be removed from Cabinet without any further delay.”

The high-spirited health minister Aaron Motsoaledi and Naledi Pandor, rated for her performance as minister of science and technology before recently moving to home affairs, were both given ‘A’ ratings. [The SKA project was a magnificent coup by anyone’s standards – Ed] Other high performers included planning minister Trevor Manuel, trade and industry’s Rob Davies and tourism minister Marthinus van Schalkwyk.

“It is essential that our government is held to the standard of bold leadership at all times, by a president and a Cabinet who put the interests of South Africans above their own,” the DA said of the coming year.

What makes these lists better in South Africa is that the ruling party and the government have never found them amusing. In fact, in 2010 someone from the Government Communications and Information System (GCIS) leaked an internal memo to the M&G, forbidding anyone from participating in the paper’s scorecard.

“A decision was taken that government should not participate in the Mail & Guardian or any other media assessment process because these scorecards are unscientific, impact negatively on public sentiment and are cited by other organisational reports as though they are authoritative,” wrote Neo Momodu, the chief director of media management.

In 2009, ANC spokesman Jackson Mthembu dismissed the DA’s Cabinet scorecard, before going on to reveal that he was a keen reader of the M&G. “If they want us to take them seriously in national politics, they better be original and stop being a copycat of other people’s ideas,” he said.

This year has been no different. The GCIS was quick off the draw. Citing the government’s own performance evaluation tools as the only ones it needed, acting cabinet spokeswoman Phumla Williams called the DA’s report “a deliberate attack on government, aimed at discrediting its hard work and achievements.”

This cantankerous response, born no doubt of a misunderstanding of the media and opposition parties’ stance to the ruling party in any functioning democracy, is a black mark against the government’s communicators. As Mazibuko pointed out, the Constitution says: “Members of Cabinet are accountable collectively and individually to Parliament for the exercise of their powers and the performance of their functions.” As a party of national Parliament, the DA has every right to evaluate the performance of Cabinet and require an answer of any perceived failings.

When he announced his first cabinet, Zuma created a new ministry within the presidency, that of performance and evaluation. It seemed at the time a credible effort to inject some accountability from government ministers, but it hasn’t worked. It never would have, either, as the ANC ultimately believes that its members that are deployed to Cabinet are accountable to its national executive committee, and not to some minister in the presidency. The shock recall of Thabo Mbeki as president of the country was the grandest exercise of this view. Since the ANC meets in private, we never get to hear a candid view of how well it thinks it is doing in governance.

Whenever we are offered a glimpse of how cabinet ministers rate themselves, they are often stunningly far away from public opinion. Basic education minister Angie Motshekga, one of the calamitous ministers of the Zuma administration, recently gave herself an eight out of ten, despite the Limpopo and Eastern Cape schools crises and her failure to punish those responsible.

Small wonder, then, that the opposition and the press resort to making their own report cards. DM