DA Congress: Project Gauteng on track with the rise of Maimane, Gana 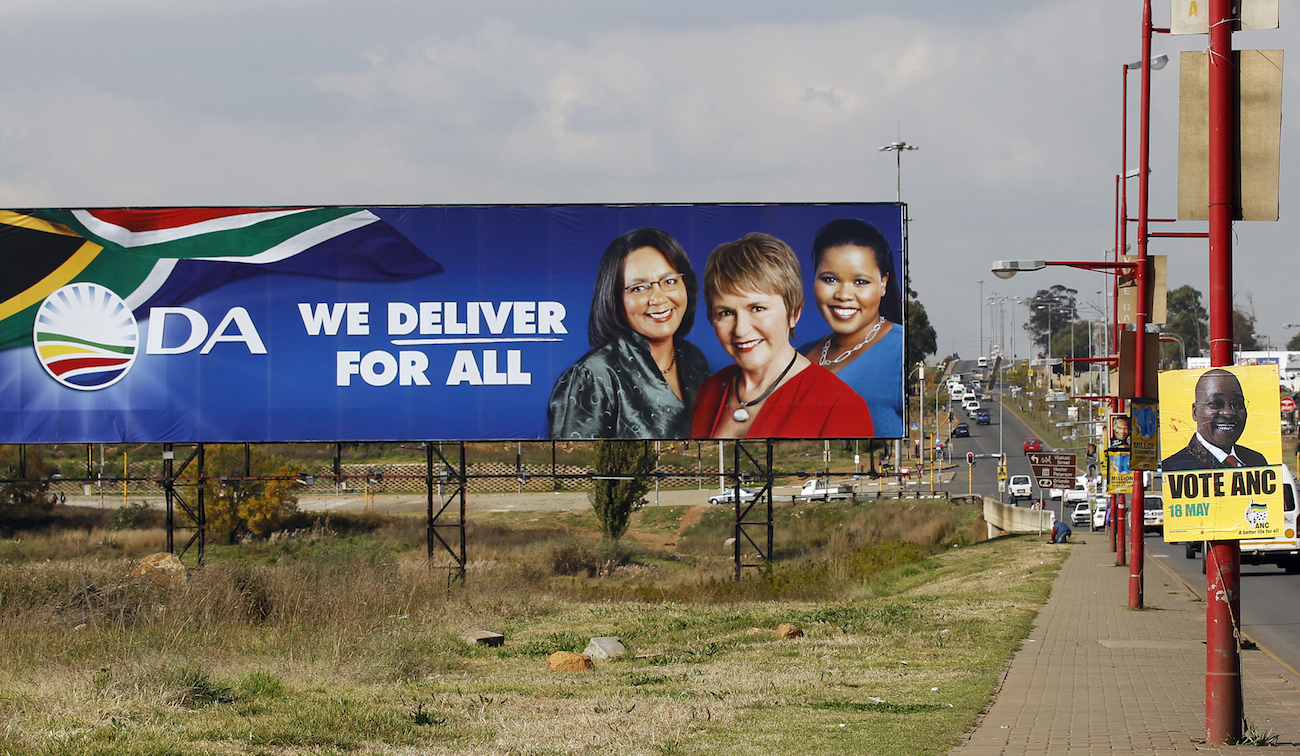 Most of the contested positions at the DA’s federal congress over the weekend were won by people hailing from Gauteng. This isn’t a mistake, but a party-wide endorsement of leader Helen Zille’s plan to make the province the party’s next prize. By SIPHO HLONGWANE.

Democratic Alliance leader Helen Zille knew before the party federal congress began this weekend that she would be given another three years at the helm. She was nominated unanimously. Her focus was therefore on other things, like using the meeting to mould the party into what she believes will be a shape good enough to wrest national power away from the African National Congress as soon as 2019. It is no mistake that party leaders from Gauteng have been elected to key positions – at the provincial congress last year, she said that the province was the next target for the party. Without Gauteng, the Union Buildings will continue to elude her.

Nine people contested the three deputy federal chairpersons’ seats. National spokesman Mmusi Maimane won the most votes, followed by Member of Parliament Anchen Dreyer, and then DA Youth leader Makashule Gana. All three are from Gauteng, and Maimane and Gana serve on the party’s caucus in the Johannesburg City Council.

Maimane later told journalists that he was happy with the results of the contest, because “it will assist in making sure that increasing our majority in Gauteng is achieved”.

In fact, the only non-Gauteng person to win a position was the Capetonian Wilmot James, who saw off a challenge from Masizole Mnqasela for the position of federal chairman.

Mnqasela also lost on his proposed constitutional amendment to create the position of federal deputy leader. The matter quickly degenerated into a question of Zille’s abilities as party leader, and the proposal was resoundingly rejected as a result. This was not a surprise, given that the leader was elected unanimously.

In her opening address on Saturday, Zille laid down the law for who the party would accept in its ranks, and who would be rejected.

Other party leaders at the congress said that the party was aware that as it grew it would become more attractive to unprincipled people, and it was thus important to set things up now to ensure that the rotten apples would be rejected. They conceded that some of the unwanted people may be in the party already, but the ethos of the party must be such that they would be pushed out quickly.

The latest election results are part of a party change that has seen it go from embracing the New National Party in 2000 to actively seeking out and promoting black leadership, and votes.

Although Lindiwe Mazibuko became the parliamentary leader in recent years (beating out Athol Trollip), Maimane’s rapid rise to the top is an indicator that being young, black and charismatic is not enough. The support of the wildly popular Zille is also crucial. Political ally and leader of the Independent Democrats Patricia de Lille is the mayor of the DA-run City of Cape Town – she, too, is a close Zille ally.

Mnqasela has tussled with the party leader and her allies, and has not found broad party support for it. Maimane and Mazibuko have been on the receiving end of the controversial MP’s missives, and the latter especially has been branded as an undeserving affirmative action appointment.

In the race for Gauteng leader last year, several party insiders said that there was a push from Cape Town (party headquarters) to elect a black candidate to aid Zille’s project to capture the province.

The statements are an indication of the frustration that ambitious party people who are outside of Zille’s tent feel.

The campaign for Gauteng is not going to be won by just appointing certain people within the party. The plan also includes an intensive publicity campaign designed to impress upon the public consciousness that the opposition party cares for and sides with the problems that it has with service delivery and public policy. It has kept a profile in the fight against the unpopular e-tolls set to go up on highways around Johannesburg and Pretoria. It has also rammed itself right into the frontline of the mess that is Johannesburg’s billing crisis by inviting the public to hand over their unanswered queries to the party, with the promise that it would fight on their behalf.

Party insiders said that the party footprint in black townships like Soweto and Alexandria (where the party got a 7.5% and 5.6% vote respectively in the 2011 local elections) would need massive expansion. The party is well aware that it is sometimes dangerous to be DA in these places, but is confident that acceptance is growing, and it is becoming “cool to be DA”. The challenge can’t be underestimated, though – the party needs to find one million new votes if it is to take the province with a majority.

The DA may be warming relations with other opposition parties in Gauteng as it did in the Western Cape and is doing in parliament, in preparation for a possible coalition take-over in 2014.

If the ANC considers the new campaign a credible threat, it should make for explosive politics in the coming years, as the ruling party fights to defend the most populous and wealthiest province from its rival. DM