Message from SA: Ghana, can we have your democracy? 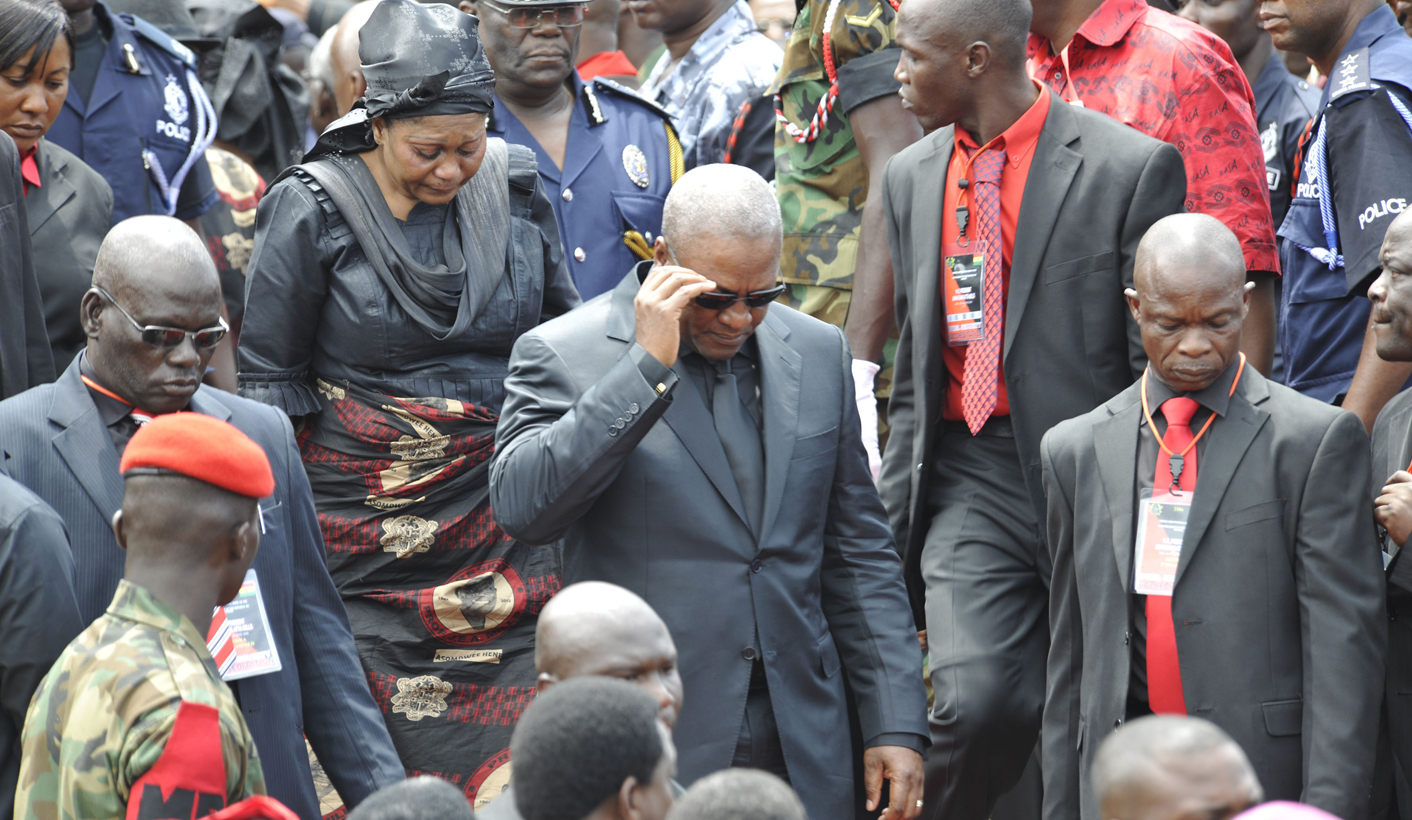 We like to think we’re special in South Africa, especially compared to our African neighbours. Trouble is, we’re not so special. There’s plenty that Africa can teach us, and Ghana’s presidential debates are an excellent place to start. By SIMON ALLISON.

It’s been a sad old time in South Africa recently. Our miners are being shot, our president has been typically lacklustre, our economy is slowing drastically. That shiny, vibrant rainbow of hope we convinced ourselves we lived under is slowly disappearing under grey clouds of pessimism and doubt. Don’t believe me? Then ask the Economist.

All this negative publicity is hitting us poor citizens hard. We’re not used to all the criticism, especially from the outside world. Since 1994, we’ve been fed an unrelenting diet of flattery and compliments, and we’ve grown accustomed to the fawning. Don’t you know about Nelson Mandela? Don’t you know we have the best constitution in the world? Don’t you know we’re the biggest economy in Africa? And Mandela, did I mention Mandela?

Of course, there have been a few road bumps along the way – crime, education, corruption, housing, service delivery – but none of this has seriously dented our faith in South African exceptionalism: given our past, we’re doing pretty damn well. Just look at the rest of Africa. It could be so much worse.

Sure, it could be worse. South Africa isn’t Somalia, or Mali, or Guinea-Bissau. It isn’t, God forbid, Zimbabwe, the dreadful spectre of which has noticeably inflated Australia’s pale-skinned population.

But it could be better, too. Nigeria is about to overtake us as Africa’s biggest economy. Although no one wants to admit it, Madiba is not much longer for this world. Even our status as Africa’s strongest, most stable democracy is coming under threat: from Ghana, a country that is quickly becoming a country whose lead South Africa should follow, rather than vice versa.

This week, the differences between the two nations were highlighted starkly. It’s a matter of debates (not debate).

In South Africa, our president was attracting ridicule for challenging Zapiro, a cartoonist, to a public debate. He wanted to “create an environment of dialogue”, apparently, but it is hard to accept this rationale when he’s spent the last four years trying – and comprehensively failing – to sue that same cartoonist for defamation. As many observed, the proposition was even more ridiculous given that President Zuma has repeatedly ignored calls for a public presidential debate with political opposition. The whole incident reached the level of farce when other reports suggested that the president – through his spokesman, Mac Maharaj – had never offered to take on Zapiro in the first place. In South Africa, we’re struggling to even properly debate about a debate.

Ghana, meanwhile, on Tuesday – the same day that Maharaj may or may not have been laying down the verbal gauntlet to an unfavoured cartoonist – was having the real thing: a serious, live televised debate between the main candidates in the presidential elections scheduled for 7 December. This is a first, and is all the more notable because it involved the incumbent, President John Dramani Mahama of the National Democratic Congress.

Although four candidates were given airtime, the contest was really between Mahama and his only serious rival: Nana Akufo-Addo, a veteran politician running for the New Patriotic Party. The two are running neck and neck in opinion polls, and it is genuinely uncertain which of them will be occupying the presidential palace at Osu Castle come the new year. In this context, the candidate’s performances in Tuesday’s debate – and a second one later this month – could tip the vote in their favour.

“There is no doubt that Ghana’s holding of regular presidential debates, almost styled on the American system, is a huge step forward on a continent where ballots often degenerate into violence,” wrote Lee Mwiti for Africa Review. The keyword in this comment is “regular”; now that Mahama has set the precedent, it will be very difficult for future incumbents to resist.

Even more promising is that the debate focussed on substantive issues rather than personal attacks. Ghana, even with its steady economic growth and promising political progress, has some difficult decisions to make as it begins the next state of its development. Mahama and Akufo-Addo are offering different visions of the future. For example, Mahama pointed to his government’s good record on managing Ghana’s newfound oil wealth, and wants to focus more on big infrastructure projects; Akufo-Addo, meanwhile, argues that this can follow from a well-educated population, so would spend money on overhauling Ghana’s education system and making schooling free up to a tertiary level.

The presidential debates are the latest step in a series of positive moves that have deservedly earned Ghana the title of Africa’s strongest democracy. In the last round of elections, the country didn’t even blink when the ruling party was voted out of office by the narrowest of margins, and nor did it miss a beat when President John Atta Mills died earlier this year; Mahama, then deputy president, calmly assumed power as per the constitutional succession.

It is a democracy that South Africa would do well to emulate. South Africa’s next president is also likely to be elected in December, but it will be by a handful of unaccountable delegates behind closed doors at the ANC’s elective conference in Mangaung, with journalists kept two kilometres away from the action. Even more troubling, the ANC’s opaque nomination system means that candidates for the ANC’s top positions – which are inevitably the country’s top positions – are loathe to even confirm they are in contention.

This isn’t all the ANC’s fault. The fact that South Africa’s population returns them to office every election with massive majorities means that they can afford to be less transparent and accountable. Still, this doesn’t make it right. As South Africa grapples with its most serious economic and political issues since the end of Apartheid, we would all be better off if our democracy looked a little more like Ghana’s. DM

Photo: Ghana’s President John Dramani Mahama (C) and his wife Lordina arrive at the funeral of late President John Atta Mills at the parliament in Accra August 8, 2012. Ghana on Wednesday began three days of funeral rites for Mills, with his body to lie in state ahead of his August 10 burial. REUTERS/Yaw Bibini