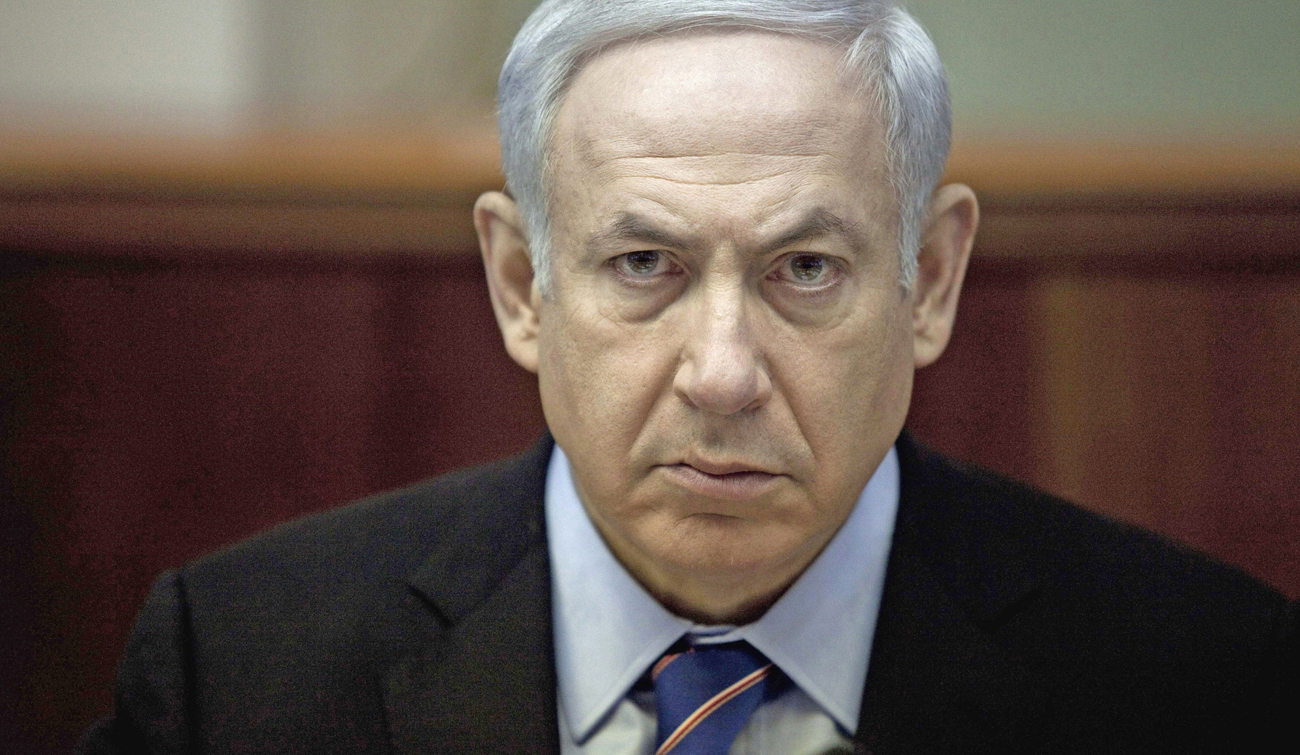 Israeli politics are about as confusing as it gets, a matzo ball of manifestoes, interest groups and shifting allegiances. But if one man knows how to play the game, it’s Prime Minister Benyamin Netanyahu. His call for early elections is no more complicated than a plan to attack while his opponents are weak. By KEVIN BLOOM.

To get the lowdown on the policy issues at the core of Israel’s next elections, all you needed to do is take heed of the main headline in the English-language version of Israel Hayom on Wednesday: “Netanyahu: Those who belittle Iran threat are unfit to lead”. The freesheet, owned and funded by United States casino billionaire Sheldon Adelson, is effectively the incumbent prime minister’s personal mouthpiece. Given that it now boasts the largest readership in the country, the agenda it sets is one that opposition political parties are increasingly obliged to follow.

Which is just about where the easy-to-understand part ends. Israeli politics have always been confusing, even for Israeli nationals, and the 2013 elections will be no exception. Golda Meir’s famous joke that in Israel “there are 3-million prime ministers” was less a comment on the fact that everyone in the country has an opinion (as often seems the case) than it was an observation on the apparent chaos of the multi-party system.

Put simply, Israel’s specific brand of proportional representation has encouraged the emergence of a large number of political parties, most advocating the aims of specific interest groups. Because the system has led to the bigger parties balancing each other out, the smaller parties hold the power to block legislation, sway election outcomes, and promote agendas that run contrary to the manifesto of the dominant party in office.

For instance, at the last elections, held in February 2009, the Kadima party won the majority of seats in parliament, although due to the failure of leader Tzipi Livni to form a coalition government, Likud walked away with the spoils. Shimon Peres appointed Likud’s leader Benyamin Netanyahu as prime minister, the first time such an appointment (i.e., to a leader other than that of the majority party) had been made by a president in Israel’s history. Equally strange was that Likud drew not only the ultra-religious party Shas, formerly a partner of Kadima, into its coalition, but also its old foe Labour (which had initially stated it would not join a Likud-led government, and would instead back Kadima).

To complicate matters further, in May 2012, a few hours after he’d called for a general election in September, Netanyahu announced he’d forged a unity government with Kadima. While this meant that early elections would in fact be unnecessary, the more important consequence was that it created the strongest government Israel had ever seen—with a ruling coalition of 94 seats against an opposition of 26. Then in July 2012, Kadima voted to pull out of the coalition.

Bringing us, finally, to Netanyahu’s announcement last week that he was scheduling an election for early 2013, due to the failure of the Knesset, Israel’s parliament, to reach agreement on a new budget. The unanimous vote to dissolve the Knesset and set elections for 22 January reportedly followed an eight-hour debate. But a number of commentators have noted that the stalemate over the budget was a convenient alibi, and that what Netanyahu really wants to do is consolidate his power base while his opponents are weak.

Even the centrist broadsheet Ma’ariv, a respected Israeli institution that Adelson’s freesheet has all but destroyed, felt compelled to forego its usually moderate line on such matters. “With the budget alibi in his pocket,” noted journalist Mazal Muallem, “after he had spoken in recent days with Shas and (Foreign Minister Avigdor) Lieberman, and even quarrelled with (Defence Minister) Ehud Barak, Netanyahu opens the election campaign, which will be especially short.”

Muallem’s observation touched on two major points. First, the ultra-Orthodox Shas party, recognised as “the unchallenged kingmaker in Israeli politics,” will almost certainly remain in Netanyahu’s corner. Second, opposition parties are unlikely to get their houses in order and form an effective coalition in the brief time that Netanyahu has allowed for the campaign.

Especially representative of the opposition’s weakness is the fact that Ehud Olmert has so far emerged as their best bet. Olmert, it will be remembered, stepped down as leader of the centre-left Kadima and resigned as prime minister in 2009, amid allegations of bribery and corruption. He was acquitted on those charges in July, but was convicted on separate charges for “breach of trust,” and a separate trial is currently underway in which he’s facing charges of taking bribes in a real estate deal.

In passing sentence in the former instance, the judges allowed Olmert the “benefit of the doubt” on the more serious allegation that he illegally received envelopes stuffed with at least $600,000 in cash. Olmert’s defence was that he thought the envelopes were a campaign contribution. But on 16 October, the Israeli state attorney’s office announced it would be appealing the acquittals granted Olmert by the Jerusalem District Court. This latest turn of events is expected to have a major impact on the former prime minister’s decision to stage a comeback, a course of action that both his lawyers and his family are said to be against.

And yet, if Olmert follows their advice and doesn’t run for re-election, the opposition will lose the one candidate able to pose a realistic challenge to Netanyahu. Much more than Shaul Mofaz, current leader of Kadima, Olmert has the experience and the knowledge to rally supporters to his cause. Also, as decades of history have shown, Israeli politics does not welcome fresh faces—Tzipi Livni’s failure to form a coalition in 2009 being the most recent case in point.

Assuming, then, that Netanyahu confirms predictions and wins the election in a landslide, we can expect more of the same from the Israeli government. Where Olmert, prior to his resignation, was achingly close to forging a two-state agreement with Palestinian leader Mahmoud Abbas, Netanyahu has essentially moved the prospects of a peace deal off the table.

As for his Likud party, the words of Israeli comic Omri Marcus are as relevant today as they were when he wrote them before the elections in 2009: “Right-of-centre party that, based on current polls, will once again become the ruling party. The party’s political platform might sound a bit schizophrenic. It is in favour of a peace process – but against any withdrawals. It is in favour of strengthening the moderate parts of the Palestinian Authority – but against providing them with weapons, money or basic supplies. Actually, you can say that they’re in favour of peace but not with the Arabs. In a way, it’s the Israeli version of the Republican Party, an unbearable mixture of redneck voters who elect representatives that have one solution to every problem – violence. Representing an ignorant racist centre, with a thin crust of dignity and pretty words on top.”

The latest polls suggest Likud and its rightist and religious coalition partners will garner 70 out of 120 Knesset seats in 2013. Ironically, since the only thing that could change this scenario is armed conflict with Iran, Hizbollah or Hamas, we’re likely to see a restrained IDF until at least next March. DM