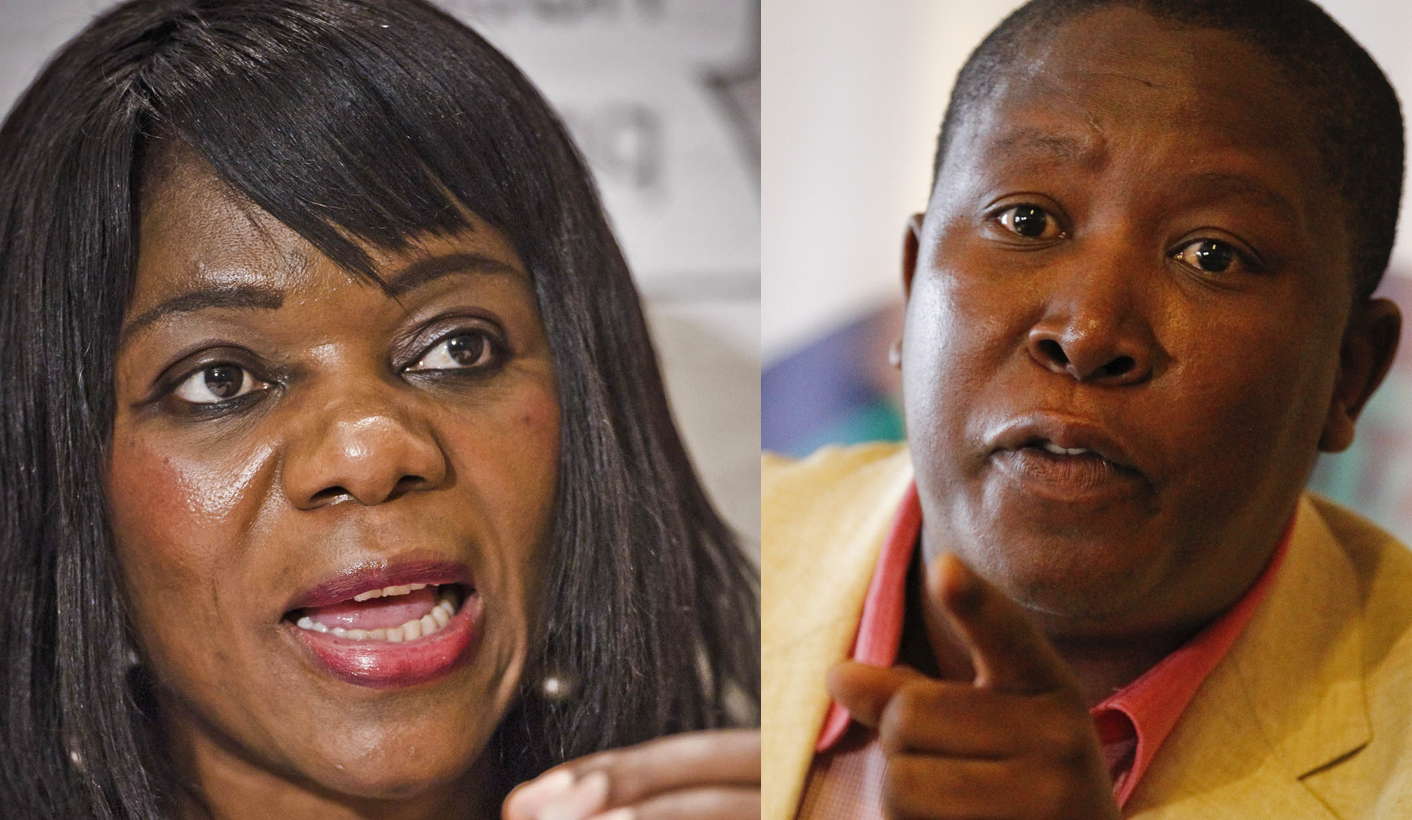 Only a month after Julius Malema appeared in the magistrate’s court for money laundering, the Public Protector has released her report into the company he co-owns, On-Point Engineering. The findings are damning and read like a guide on how to turn connections and lies into Range Rovers and Breitlings. By GREG NICOLSON.

Aurecon South Africa must have been disappointed in October 2009 when its bid to the Limpopo Department of Roads and Transport was disqualified. The company, part of an international group of engineering and management specialists, had formed a consortium to win a tender for a new project management unit. Its bid was thrown out over of a technicality on the cover letter.

The Public Protector Thuli Madonsela has released her investigation into allegations of misconduct and corruption in the awarding of contracts by the Limpopo Department of Roads and Transport to On-Point Engineering, Julius Malema’s alleged cash cow. Madonsela said she would let the Hawks answer whether the awarding of the tender amounted to corruption, but in all other aspects, she was scathing.

The department’s actions were “unlawful, improper” and constituted “maladministration” she said. Regarding On-Point’s actions, she believes “a crime has been committed”. She found Malema and his business partner, Lesiba Gwangwa, had “benefitted improperly from the unlawful, fraudulent and corrupt conduct of On-Point and maladministration of the department.”

While reputable companies were dismissed for the wording of their cover letter, On-Point failed to provide a tax clearance certificate, which was essential. Yet before the company was even recommended by the bid committee, the head of the department, Ntau Letebele, requested the certificate from On-Point. Letebele was appointed only 10 days before the tender was advertised.

“The reality was that at the time of the submission of the bid document, On-Point had existed for approximately one month, had no employees, no assets or annual turnover and several of the purported key management personnel and staff members were not involved with it at all. It also had made no contribution to youth business development,” said the report, titled “On the Point of Tenders”.

The bid was built on paper-deep lies that could have come to light with a phone call, if anyone cared to call, that is. It even said the company had been operating for nine years. When Madonsela asked Gwangwa why he lied, he explained that what he meant was that together the business partners had nine years in the business. Later he said the problem was that English wasn’t his first language.

That’s just the start of it. The bid included a detailed list of staff and a company hierarchy. In reality, On-Point had no employees and Gwangwa had used the CVs of potential employees. He lured them with faint proposals and job opportunities. After an initial meeting, a handing over of a CV or a proposal, the hopefuls never heard of On-Point again, while Gwangwa and Malema’s company used their details to pretend they had a real company. Miraculously, it worked.

Gwangwa said at the time of the bid the company structure wasn’t a reality, but it would be if they got the tender. For Madonsela, then, “the department would have run the risk of awarding the tender to an entity that has no track record of its experience and achievements working together as a team, which was the essential requirement.” That’s exactly what it did. On-Point won the tender as the head of department failed to properly vet the company or negotiate the price.

“On-Point should never have been awarded the tender for the PMU as it did not qualify by a long stretch,” said Madonsela. “The bid it presented to the Department on 29 September 2009 for the PMU tender consisted of a deliberate and fraudulent misrepresentation in respect of the profile, composition, experience, personnel, assets, annual turnover and contribution to youth business development, and therefore the functionality and track record of the company.”

After the tender was awarded, said Madonsela, On-Point engaged in illegal “back-to-back” deals. Its contract included managing and overseeing road infrastructure programmes and supervising service providers to ensure quality control. But while overseeing projects it was also charging the service providers for work it was doing for them on the same job. On-Point effectively charged both the province and service providers for the same work and attempted to hide it through confidentiality agreements and misrepresentation.

“This constituted a direct conflict between On-Point’s obligations to objectively manage and supervise projects on behalf of the Department, its own financial interests and that of Mr Gwangwa, its sole Director. These agreements clearly constituted kickbacks, a form of gratification under section 12(1) of the Prevention and Combatting of Corrupt Activities Act,” found Madonsela.

She recommended the contract be immediately severed. Madonsela wants the Hawks to investigate the link between Gwangwa, Malema and department officials and for National Treasury to find all instances where On-Point has been double paid and the money recovered. She recommended the High Court take “urgent steps to initiate an investigation into the administration and disposal of the trust property of (Malema’s) Ratanang Family Trust and the Gwangwa Family Trust”. She also called on National Treasury to restrict On-Point nationally from doing business and for the Limpopo department of Roads and Transport to begin disciplinary proceedings.

In response to the report, Malema accused the Public Protector of finding him “guilty in absentia”. On-Point’s bank accounts show Malema’s Ratanang Family Trust was paid an average of R100,000 in 21 instances. They also feature payments to “Sandton Property”, “Sundowns Farm” and “Ratanang Farm”. The farm payment of R1-million was made shortly after Madonsela says On-Point received a kickback of a similar amount.

It seems the sole purpose of forming On-Point was to win the Limpopo tender and Gwangwa’s reasoning for including Malema was because, “His personal friendly relationships with business leaders across the globe have made him into an invaluable asset for any business.”

It was those personal relationships that appear to have won On-Point the contract and bankrolled South Africa’s most controversial political figure. Without Malema, of course, a company like Aurecon South Africa would have been likely to win. DM