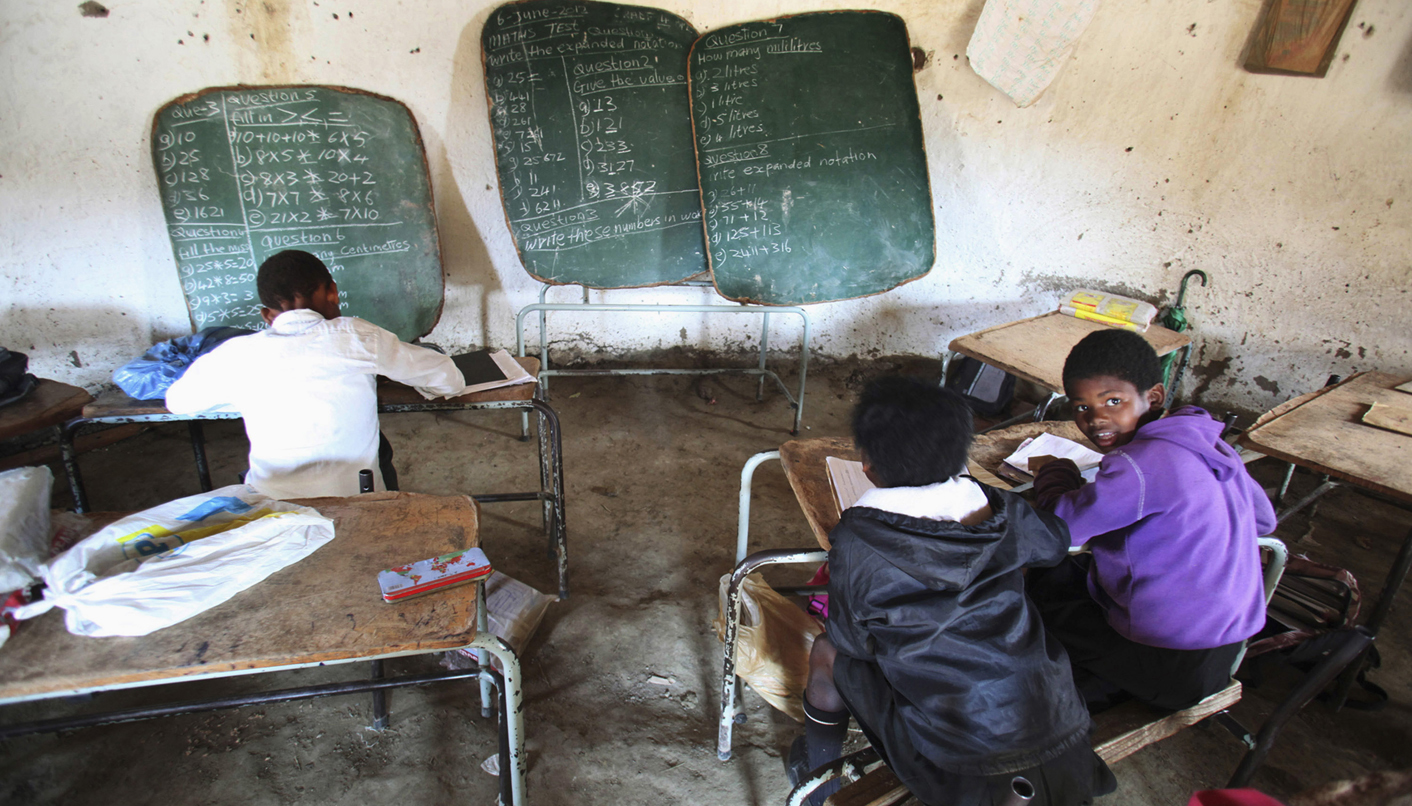 Section27 and the Department of Basic Education are back in court over the Limpopo textbooks scandal. Students are still waiting for books and the catch-up plan remains inadequate, says the rights group, but this time the department’s pulling out all the stops to get the critics off its back. By GREG NICOLSON.

Basic Education Minister Angie Motshekga’s new lawyers sent a clear message. They’re tired of losing and want to put an end to the constant criticism. Almost five months after Section27 proved that learning materials are a basic right for South African students it was back in court Tuesday, fighting for the completion of delivery of textbooks to Limpopo students, for affected students to receive an adequate catch-up plan and to ensure books are delivered by the first day of the 2013 school year.

Basic Education set the tone for the North Gauteng High Court battle by submitting a motion calling Section27’s affidavit “scandalous, vexatious and/or irrelevant”. It’s undisputed that more than 70,000 textbooks remain undelivered in Limpopo, and Section27 is asking for a new court order to set a completion date of 31 October. It also argues that the department is in breach of two previous court orders stipulating conditions for a catch-up plan for affected students.

But Basic Education’s lawyers tried to stymie the legal action by claiming Section27’s damning submission could prejudice the respondents. They claimed it was attempting to create a hostile atmosphere towards the department, relied on hearsay and defamed Motshekga. The case may cast the minister in a bad light, but one needn’t lie to do that, and Section27’s application was based on the publicly available history of the saga.

While parties agreed former court orders have not been met, Section27 said it was crucial for independent monitors to be appointed to ensure students starting the CAPS syllabus in 2013 receive their textbooks by the first day of the school year. “We set a firm date for the completion of the delivery and for independent verification because we do not trust the department,” Executive Director Mark Heywood told EWN. Parties agreed a plan needs to be in place for next year’s delivery, but the department was against independent observers. That would be costly and would send a message of distrust to school principals, it argued.

Basic Education spokesman Panyaza Lesufi recently criticised the new court application for being a publicity stunt. “It is completely unfair. It is an abuse of the court system of the country,” said Lesufi. “It is a fundraising tool where people believe that for them to get resources, they need to attack the government.” The issue could be solved in a single meeting, he said. The High Court heard on Tuesday, however, that Section27 repeatedly tried to engage the department and received no response. Last month the group said given that DBE continues to ignore court orders and won’t engage on the issue, it had no choice but to return to court.

Meanwhile, monitoring body Umalusi disputed claims that the textbook saga has prejudiced Limpopo students who will soon sit their end of year exams. “It affected Grade 10 who are doing CAPS for the first time. We have found nothing irregular. They are on the same footing as other provinces.” Umalusi CEO Mafu Rakometsi said Limpopo students wouldn’t get any special consideration on their exams.

The announcement would be welcomed by Motshekga and by President Zuma, who have faced a barrage of criticism of their performance in basic education. Zuma was in the Eastern Cape on Tuesday to launch 49 schools as a part of the presidency’s programme to eradicate mud schools. “The challenge remaining on the part of this school and the other schools we are providing with new facilities is to ensure that these facilities are maintained in good form and that every attempt should be made to preserve this investment for the benefit of future generations,” said the president. The public is still waiting to see the presidential inquiry into the textbook saga, which Zuma received months ago.

He was keen to highlight the country’s education successes last week when he was named as a member of the United Nation’s Education First Initiative. The presidency cited improving matric pass rate figures and said gains have been made in literacy, enrolment, feeding programmes and school management. “The schools must also have the tools of the trade, such as workbooks and textbooks. The Department of Basic Education has been directed to improve the distribution logistics so that books arrive in schools on time next year to avoid the problems that arose in Limpopo and other provinces,” said Mac Maharaj, Zuma’s spokesman.

Section27 is arguing that the department’s performance in Limpopo shows it can’t be trusted to make these improvements without independent oversight. The timeline of the textbook saga and the statements from Motshekga prove its right. The government is fighting to get the civil society organisations (and in turn the public) off its back, but that’s unlikely as long as it fails to deliver (literally). Judge Jody Kollapen, who’s become a regular in the textbook saga, said judgment will be delivered later in the week. DM