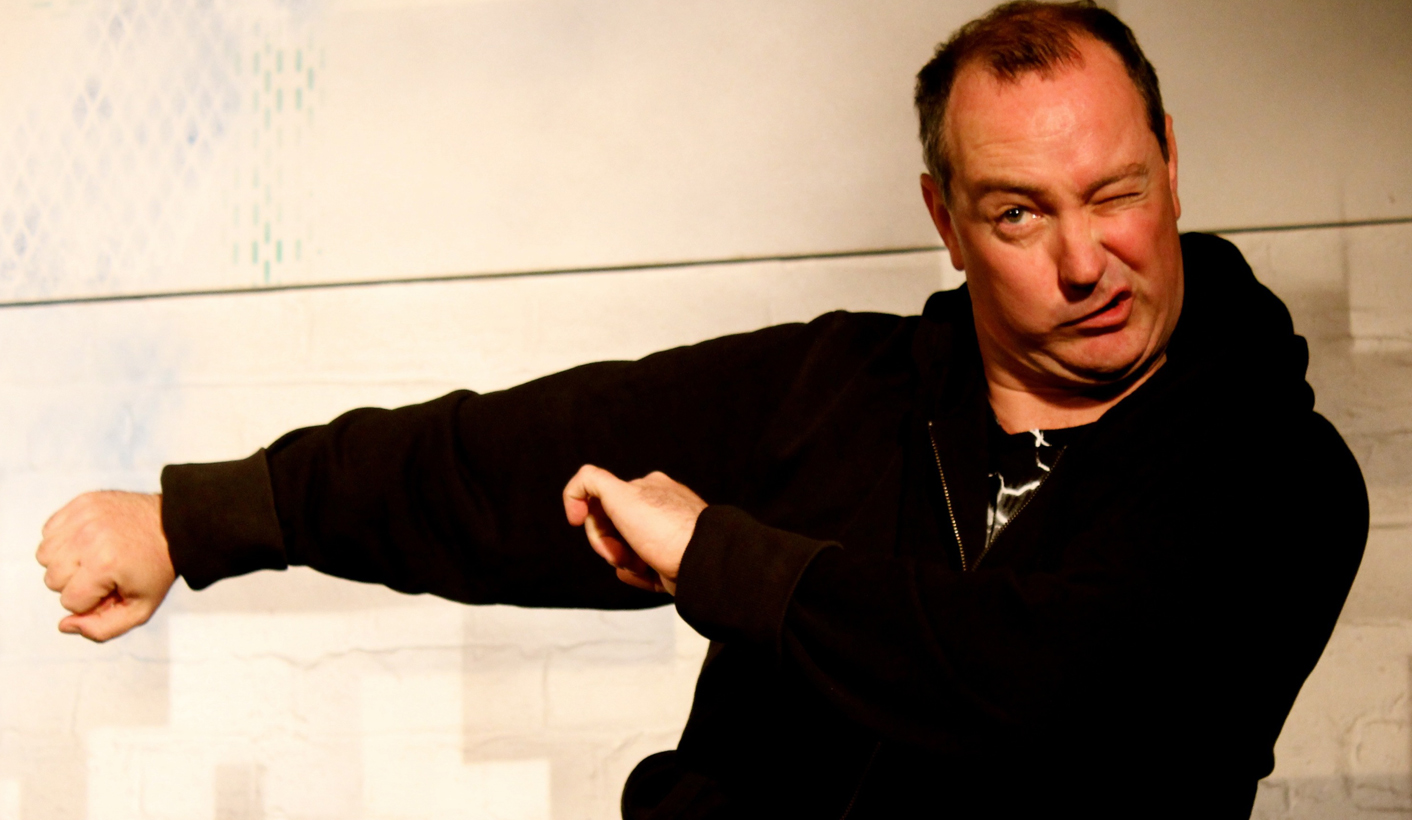 Sunday Morning, a new one-man show written by Nick Warren and performed by James Cuningham, is a masterpiece. It appears effortless, but there’s a rare depth to both the drama and the comedy. By LESLEY STONES.

James Cuningham just has to look out over the audience and his face says it all.

A hangdog look with a ‘why me’ expression. A middle-aged man whose life hasn’t quite worked out how he planned it because he never really planned it at all.

Cuningham quickly sketches the picture of his life in Sunday Morning, a one-man comedy, and once we’re up to speed, the action begins. And what action there is in this play: it’s rich with laughs, yet tinged with sadness too.

Cuningham plays Mat, a photographer who lives in what was a bachelor den until his girlfriend moved in by stealth. A bottle of shampoo here, a facial cleanser there.

He describes it vividly, and I’m laughing for a friend of mine whose own life has been disrupted two or three times by girlfriends casually leaving a shampoo in the bathroom, then moving in to be reunited with it.

Cuningham is describing the daily life of many, many people, and doing it with a wit, wisdom and eloquence that’s remarkable.

The action blends mime and narration as Mat leads us through his life, sharing a few disappointments and some unfulfilled ambitions. His stance is that it’s his life and he doesn’t want anyone else disrupting it. Yet now his girlfriend is unexpectedly pregnant, and he’s traumatised.

One of his sperm betrayed him, he says, delivering a fabulous piece of mime mimicking the casual way his sperm usually behave so there’s no chance of inflicting any permanent damage by fertilising the enemy egg. “My sperm know how I feel,” he cries in despair.

It’s self-analysis that everyone can relate to, enlivened by some wonderfully funny touches in the actions as well as the words. Cuningham is excellent at mime, movement and expressions and a natural raconteur, word-perfect although he sounds like he’s just having a friendly chat with us, his newfound confidantes.

He lays his emotions bare, and it feels like we’re no longer watching an actor, we’re watching middle-aged Mat re-evaluate his life and everything in it.

Much of the action is spent jogging through Johannesburg, with that image created by a collage of the Joburg skyline behind him. Music helps him to run, then sneakily changes the mood and atmosphere as he jogs into a dark and dubious area of the city. Now his words and movements create a palpable fear and tension on the stage, with menacing music from Pink Floyd heightening the sense that all is not well; something dreadful is about to happen.

All this oozing forth from one man with minimal props to support him.

We were a depressingly small audience on the night I saw the show, but the play had us all laughing out loud, then sniffing or wiping away tears as unresolved issues bubbled up from within.

It’s a beautifully observed commentary on our lives today, and an absolutely stunning piece of theatre. DM