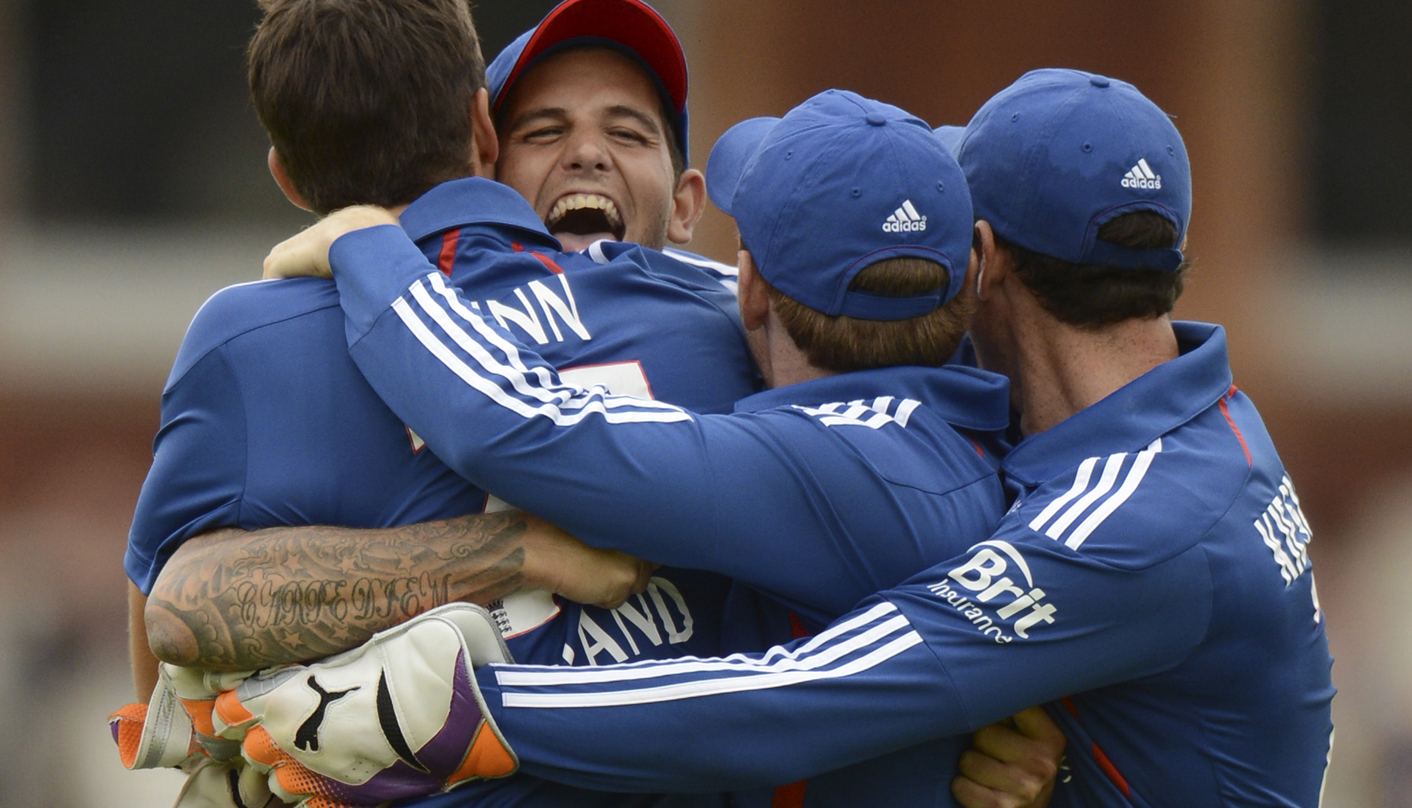 South Africa had another bad day at the office as they suffered a six-wicket defeat at the hands of England. The clothes were bright but the performance was dull, in stark contrast to their incredible achievements in the Test arena. The patchiness is a familiar theme occurring far too often, writes ANT SIMS.

Another poor performance from South Africa with the bat, plus struggles with the ball in unhelpful weather, helped England to a six-wicket win in the fourth ODI at Lord’s. England won by six wickets; the Brits managed 224 for 4 (Bell 88, Trott 48) versus South Africa’s 220 for 8 (Amla 45, Tredwell 3-35).

England won the toss, and put South Africa in to bat under cloudy skies and muggy conditions. Both openers looked scratchy from the start, with Hashim Amla playing like he had tickets to a Paralympics event due to start and Graeme Smith being his usual unorthodox self. Smith was first to fall, getting out slogging across the line again as Craig Kiewswetter took an easy catch off the bowling of Jade Dernbach with Smith managing just 29 off 54. Amla continued a scrappy knock, but managed to eke out 45 off 73 before being bowled by Ravi Bopara. The Proteas batsmen looked nervy and unsettled and not a single other player managed to pass 40. Robin Peterson chipped in with an unbeaten 31 off 20 lower down the order, but the English bowlers kept their lines and lengths tight until the end and restricted the visitors to 220-8 in 50 overs. James Tredwell was the pick of the English bowlers, finishing with match figures of 8-0-35-3.

Alastair Cook continued his poor run of form in the one-day series and was trapped leg-before by Dale Steyn in the first over, but Ian Bell and Jonthan Trott once again dug in to torment South Africa as they contributed a mammoth 141-run partnership. Trott, who was struck on his hand early on, played most of his innings with one hand on the bat and despite the injury, the Proteas failed to capitalise on his discomfort and the former South African laboured to 48 off 77 before eventually being dismissed by Dean Elgar. Trott was caught leg-before and the initial on-field decision was not out, but the South Africans opted for a review which revealed Trott being absolutely plumb and the decision was reversed. Bopara, who has had a terrible summer with the bat, managed just six before being dismissed caught behind off the bowling of Ryan McLaren, who came into the side to replaced Morne Morkel. Bell, however, looked incredible and went headlong towards man-of-match, winning 88 off 137 before being dismissed by Steyn. South Africa needed a miracle to pull the match back, but miracles were nowhere to be found, and Eoin Morgan and Craig Kieswetter coasted home.

England now leads the series 2-1 and will remain top of the one-day rankings no matter what the result in the final ODI. It’s a worrying trend for South Africa, since the team has so often lost momentum after a solid performance in a Test series. It happened against Sri Lanka earlier this year and it happened the last time South Africa toured England. Before the series started, Gary Kirsten said he hoped the new players would bring a fresh energy into the side, but it hasn’t happened.

There are plenty of questions to answer – one of them being whether the constant fiddling with the batting order is a strategy that actually works. South Africa has trumpeted its ability to switch their order around in Twenty20 cricket as one of its strengths, claiming it’s something which works well as conditions and match situations change. But in ODIs, it hasn’t quite worked out. South Africa might have to switch back to adopting a more structured batting order and might need to consider fostering some new bowlers to help take some pressure off Steyn. There are some young talents on the fringes, but introducing them to the harshness of international cricket won’t be easy. McLaren has been disappointing and Wayne Parnell is still struggling to adjust to the climate of international cricket.

There is one match still left to play, and while South Africa might not be able to go to the top of the rankings as they’d have hoped to, they do need to prove their mettle and pull a performance out of a hat to square the series. Pressure is on, then.