US oil industry waits out Isaac, no damage reported 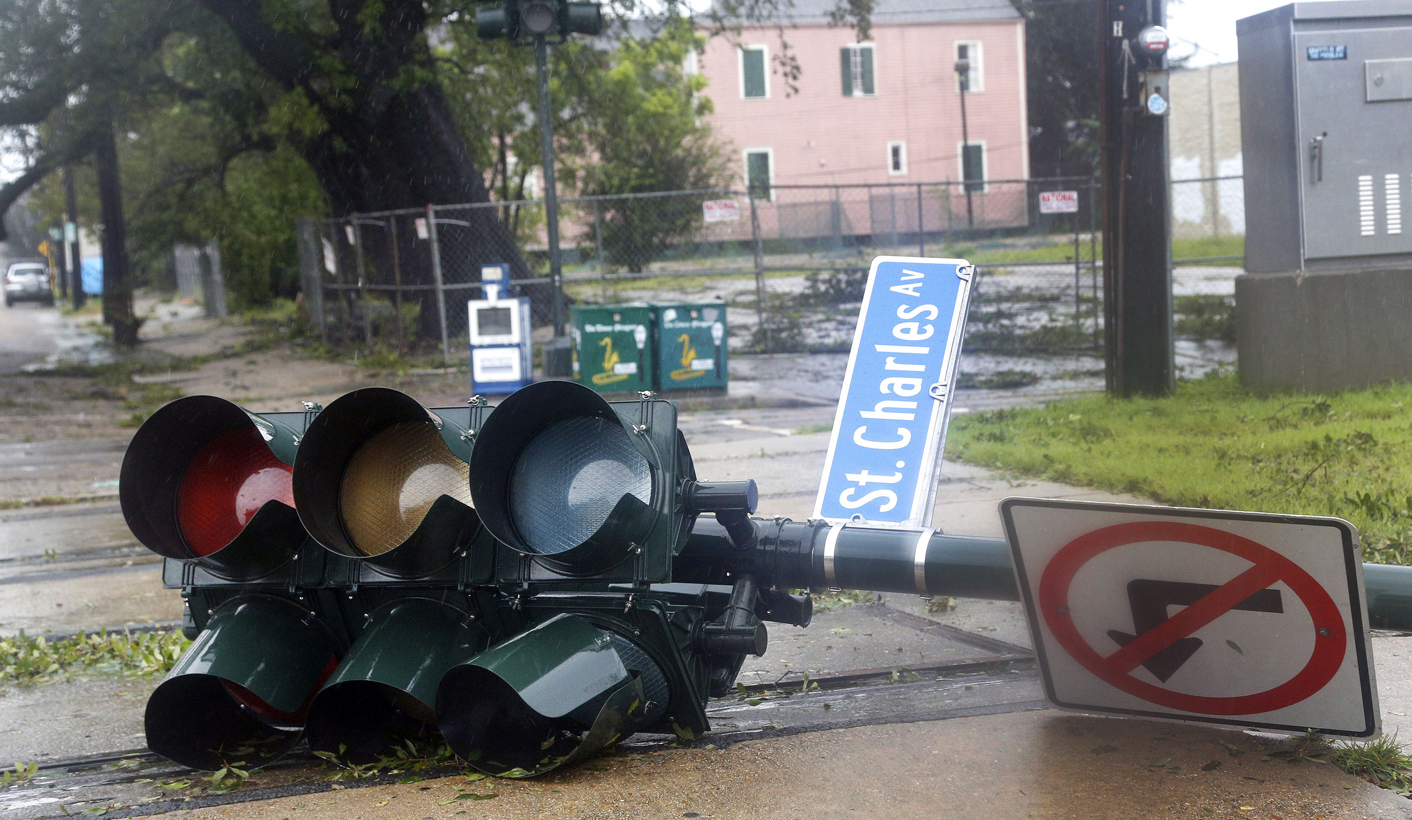 Isaac was downgraded to a tropical storm on Wednesday as it continued to batter the U.S. Gulf Coast, causing flooding and power outages but so far no discernible damage to refineries or offshore oil and gas platforms. By Kristen Hays and Erwin Seba.

The National Hurricane Center downgraded Isaac from a hurricane to a tropical storm as of 3 p.m. EDT (1900 GMT). The storm center was 50 miles (80 km) to the southwest of New Orleans and maintained wind speeds as high as 70 miles (112 km) per hour.

U.S. crude oil futures dropped 84 cents to settle at $95.49 a barrel, and gasoline futures fell by around 0.7 percent on Wednesday, a sign that energy traders did not expect the region’s oil and gas infrastructure to suffer major damages. Natural gas futures rose by less than 1 percent.

“The rigs offshore should be up in about a week,” said Kenneth Medlock, an energy expert at Rice University’s Baker Institute in Houston.

“The offshore facilities should be OK with regard to major damage … I would not expect a prolonged production outage.”

Shell plans to begin flyover inspections of its platforms in the central Gulf of Mexico on Thursday and could begin restarting them on Friday.

BP Plc and Chevron Corp said they were waiting for weather to improve before sending crews to inspect platforms and potentially restart them.

In Louisiana’s southernmost parish, Plaquemines, waters flowed over a levee and prompted flooding. The area around the 247,000 barrel per day (bpd) Alliance, Louisiana plant owned by Phillips 66 was evacuated.

Phillips was unable to confirm whether the plant itself was flooded.

As of early Wednesday, U.S. government figures showed 95 percent of oil and 72 percent of natural gas production in the U.S. Gulf of Mexico remained shut in. Platforms have been shutting down since last week as a precautionary measure.

Some 936,500 barrels per day of refining capacity, or 5.5 percent of the U.S. total, remained offline due to Isaac.

Isaac continued to cause dangerous storm surges and flooding as it pelted coastal Louisiana with rain. More than 650,000 homes and businesses in Louisiana, Mississippi and Alabama had power outages.

The Louisiana Offshore Oil Port (LOOP) suffered a power outage due to a damaged transmission line. The line serving LOOP’s facilities is located in a marsh, which could make its repair more difficult, utility Entergy said.

LOOP’s offshore terminal normally receives crude imports but has been shut down during Isaac. It will again take cargoes once it reopens since it relies on diesel generators.

LOOP’s pipelines connect to refineries that account for around half of U.S. refining capacity.

Emergency management officials in Garyville, Louisiana, said there were no reports of flooding or damage at Marathon Petroleum Corp’s 490,000 bpd refinery.

Independent refiner Valero Energy said crews were riding out the storm inside two of its shuttered Louisiana plants — located in Meraux and Norco — and would assess for any damages once Isaac had passed.

Louisiana typically processes around 3 million bpd in its plants, many of which are located in low-lying areas near the coast. DM