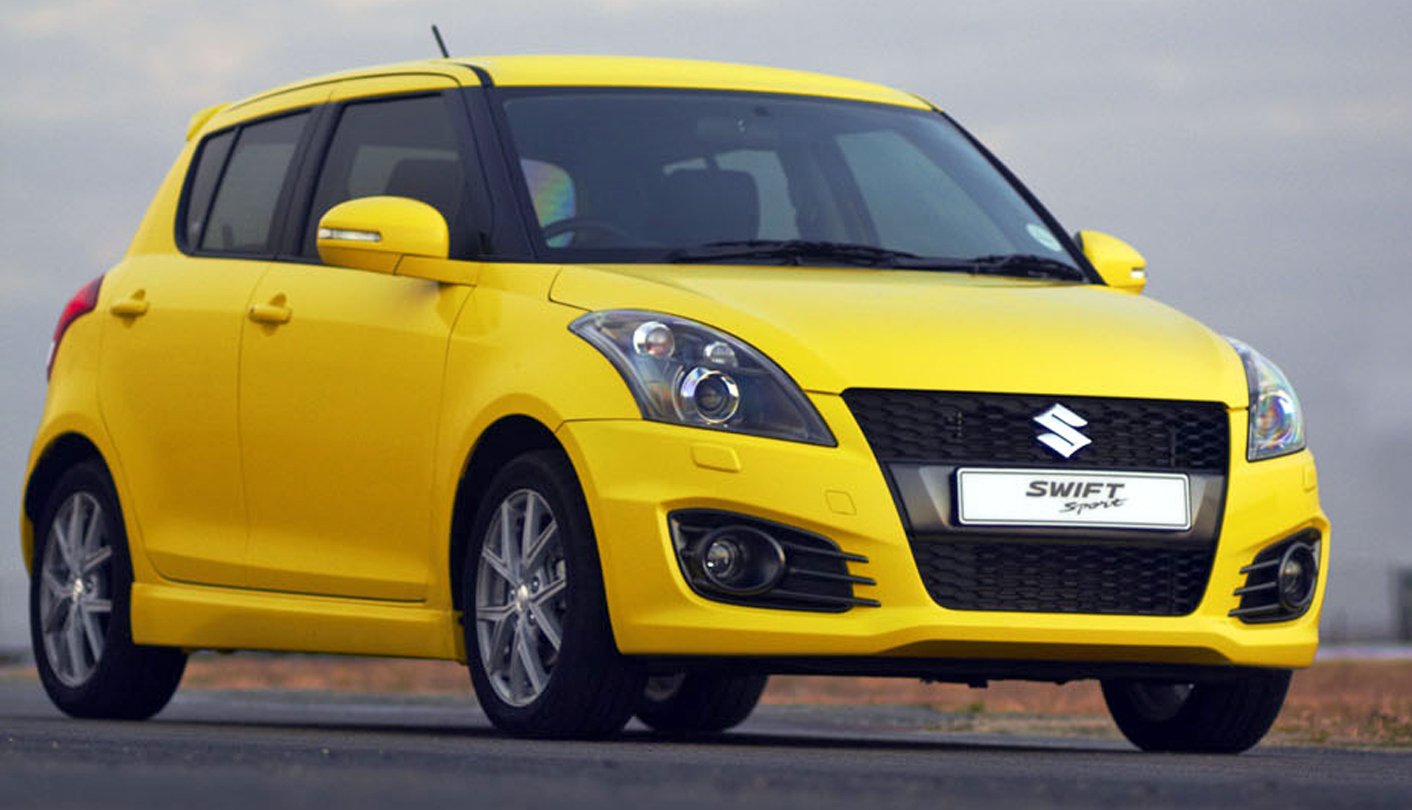 Suzuki has done well to re-establish itself as a purveyor of cars that, while decidedly mainstream, manage to stand out from the mass-market crowd.

For many, the Japanese marque is as much a motorcycle maker as it is a producer of cars, but since 2008, the automotive division’s return to SA has seen its four-wheeled products enjoy increasing support from customers seeking something a little more distinctive.

Of course, it helps that Suzuki’s vehicles have managed to fill some very specific niches: its iconic Jimny, for instance, is the only truly tiny 4×4 in a market choked with juggernaut off-roaders – and it happens to be one of the most competent all-terrainers in outright terms, despite its humble dimensions.

The Swift is rather more conventional: a five-door subcompact hatchback that crosses swords with best-sellers such as the VW Polo and the Toyota Yaris. Its virtues lie in a specific combination of visual distinction, reassuringly solid construction, ample features and attractive pricing – and, of course, Suzuki’s brand equity.

However, performance is not an obvious talent of the Swift, despite a character that could be described as nimble and nippy. Which is where the Swift Sport fits in.

The Sport is an altogether different proposition. Closely based on the normal five-door Swift, this version looks only mildly warmer on paper, with a tweaked exterior, a little more muscle under the bonnet, and a chassis better suited to vigorous driving.

While those changes may appear minor, their impact on the Swift’s character is substantial, to say the least. A closer look reveals that the Sport retains the silhouette of the standard version, together with the five-door configuration – good for practicality, but a little mundane in the context of a sporty hatchback.

However, the standard model’s cheeky and assertive looks have been emphasised by the addition of a neatly integrated body kit that steers clear of hot-rod brashness.

The  effect is most apparent from the front, where a larger, lower bumper is home to a more aggressive lower air intake, with equally bold, faux cooling apertures on either side. Recessed fog lamps complement the unwavering stare of the main headlight clusters.

In profile, new sill extensions underscore the Sport’s lower stance, while the larger 16-inch alloys may seem small by sports car standards, but still manage to fill out the wheel arches nicely, while also offering a home to fat-footprint 195/50 rubber.

The rear view is dominated by twin big-bore exhausts, nestled in the gunmetal grey contours of a diffuser that also houses a rear fog light. A rooftop spoiler promises more visual appeal than any real aerodynamic benefits.

In short, this Suzuki is more Swift than Sport, but the cosmetic changes are apparent enough to distinguish the five-door from its mainstream siblings.

The performance theme continuous in a cabin that is both comfortably appointed and superbly packaged. For a subcompact hatch, the sense of space is a welcome surprise, while the tactile appeal is strengthened by the class of the materials and finishes.

The cloth-upholstered front seats feature a sculpted shape with raised side bolsters for support, while a compact, thick-rimmed steering wheel and a short, stubby gear lever provide further indications of the Sport’s dynamic intentions.

But let’s not forget that the Swift is a small car – so don’t expect the rear accommodation to be generous, even though it does offer adequate seating, even for adults. The boot won’t help you with that kitchen sink, either, but will swallow up to 200 litres of soft luggage at a squeeze. Fold down the rear seatback, and that volume increases to 533 litres. As far as standard kit is concerned, the Sport’s status as the leader of the Swift pack is confirmed by a list that includes electric windows, remote central locking, climate control air-con and a six-speaker audio system with USB connectivity.

The instrument cluster sticks to the tried and trusted analogue formula, with clear and legible dials decorated with watch-like bezels. There’s also a trip computer offering information on fuel consumption and range, as well as ambient temperature and a digital clock.

As for safety, the Sport gets a full house of airbags (front, side and curtain), together with ABS brakes, electronic stability control, seat belts all round, and Isofix child seat tethers.

But frankly, all of this pales into insignificance once you settle in behind the wheel and hit the start button. Or, to be more precise, until you’re on the move, and get to experience the dynamic attributes of this Swift for the first time.

Sure, the engine is no record breaker. The compact four-potter has a 1,586cc capacity, and employs 16 valves and multipoint fuel injection to deliver a round 100kW to the front wheels. At 160Nm, the torque count seems somewhat anaemic, especially compared to a car like the Fiat Punto Turbo I wrote about last week, which boasts a turbo-assisted 205 Nm.

But any concerns about the Swift being a sheep in wolf’s clothing are dispelled in the first few kilometres of driving. The engine may lack the low-down punch of a turbo motor, but it has a delightful zing when the engine speed rises, encouraging full use of the rev range.

Throttle response is crisp, and the gear lever snicks slickly from gate to gate, while that racy steering wheel writhes and wriggles in your palms. You might not be going all that fast, but the Swift Sport makes the driving experience exciting and engaging – and that’s before you launch it into a couple of corners. The real difference between the Sport and its more pedestrian siblings is a chassis that’s been tuned for response. Stiffer springs, tauter damper settings and a steering rack that feels quicker all conspire to create kart-like road manners.

The electric power steering lacks outright heft and control, but does load up nicely under duress, while the Sport responds to every input with alacrity. Body roll is almost completely absent, and the fatter rubber provides ample grip.

Unless your entry speeds are stupidly excessive, there’s very little of the understeer so many frisky front-wheel drive cars suffer from, so that carving your way from apex to apex in a sequence of corners is an almost intuitive affair.

It’s this combination of agile road manners and, ahem, swift responses, that makes the Sport such a charming and involving machine. And it also proves that you don’t have to be driving at a million miles an hour to enjoy time spent behind the wheel.

Thus, the straight-line figures do very little to illustrate the true charisma of this Suzuki. At 8.7sec, the 0-100km/h sprint time will hardly raise an eyebrow in a bar counter trump card game, while the 195km/h top speed is equally ordinary.

Put the stats aside though, and concentrate on what chassis and steering are telling you, and the Swift Sport is guaranteed to offer a lot more driving fun than many a more powerful and faster machine is capable of.

And therein lies the real appeal of the Suzuki Swift Sport: it’s in-the-metal proof that less can be more. And in a motoring world often ruled by hyperbole, that’s a rare talent indeed! DM