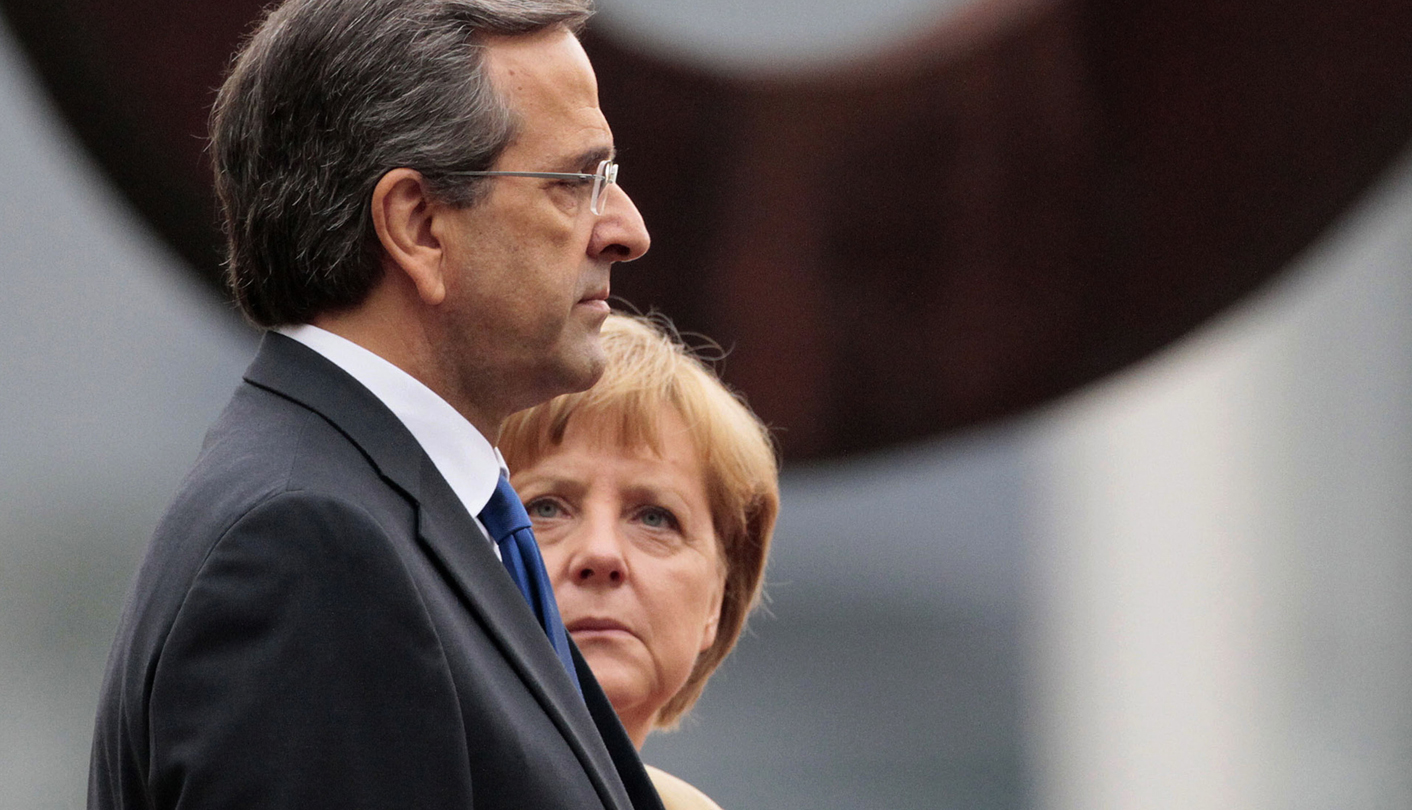 Germany's raucous internal debate on whether to keep Greece in the euro zone is too narrowly focused on financial factors and should also weigh up the wider geopolitical risks of a "Grexit", senior officials in Chancellor Angela Merkel's party say. By Matthias Sobolewski.

The comments show that influential members of the German leader’s conservative Christian Democrats (CDU) have grave doubts about the wisdom of cutting Greece off, and could herald a more pragmatic approach by the government despite its tough rhetoric in recent weeks.

Greece’s failure to meet fiscal targets under its multi-billion euro bailout programmes has exasperated German politicians, leading some in Merkel’s centre-right coalition to call for a Greek exit.

But Michael Meister, vice-chairman of Merkel’s Christian Democrats (CDU) in the Bundestag lower house, said on Monday such a development could further destabilise the already troubled eastern Mediterranean region.

“I believe we have to open up the debate beyond the purely financial and economic dimensions,” he said.

“Just look at the map and see where Greece is located,” Meister added, noting its proximity to the Middle East, now racked by civil war in Syria, and to still-fragile parts of the Balkans.

His comments echoed those of another prominent CDU politician, Armin Laschet, who told Reuters at the weekend that a Greek exit could trigger undesirable upheaval in southern Europe.

“(An exit) could lead to instability in a NATO member state. Russia is standing ready with billions to help Greece in such a scenario,” Laschet said. “Much more is at stake here than just the question of whether Greece meets the criteria (of its bailout).”

Both Laschet and Meister stressed the importance of Greece, now in its fifth year of recession, implementing the fiscal and other reforms agreed under its bailout packages.

But their comments suggest that Berlin could be more flexible than many have assumed if Greece fails to deliver on all its promises.

During a visit to Berlin last Friday, Greek Prime Minister Antonis Samaras lashed out at the “cacophony” of German criticism of his country, saying it was hampering his efforts to privatise firms and lure investors to rebuild the economy.

Samaras wants Germany and other euro zone partners to give Greece more time to meet its commitments because of the depth of its recession, though Merkel has responded coolly to the request.

She has made clear that no decisions on the Greek programme can be taken until a report from Greece’s international lenders – the “troika” of European Commission, European Central Bank and International Monetary Fund – is finished in October.

Merkel has also urged lawmakers to tone down their criticism of Greece, but some do not appear to be paying attention.

Alexander Dobrindt, a leading member of her CDU’s Bavarian sister party, said in an interview published on Sunday he expected Greece to leave the euro by 2013.

However, some in financial markets have rowed back a little on the risk of a ‘Grexit’. In a Reuters poll earlier this month 45 of 64 economists expected Greece to remain in the currency bloc in the next 12 months, compared with 35 of 64 economists in a similar poll in May. DM

Photo: German Chancellor Angela Merkel (R) and Greek Prime Minister Antonis Samaras attend a welcome ceremony before talks in Berlin, August 24, 2012. The parliamentary leader of Merkel’s ruling conservatives said on Friday, hours ahead of the chancellor’s meeting with Samaras, that neither the time nor the content of Greece’s rescue package can be renegotiated. REUTERS/Tobias Schwarz