Obama warns of military action in Syria over chemical a...

Obama warns of military action in Syria over chemical arms 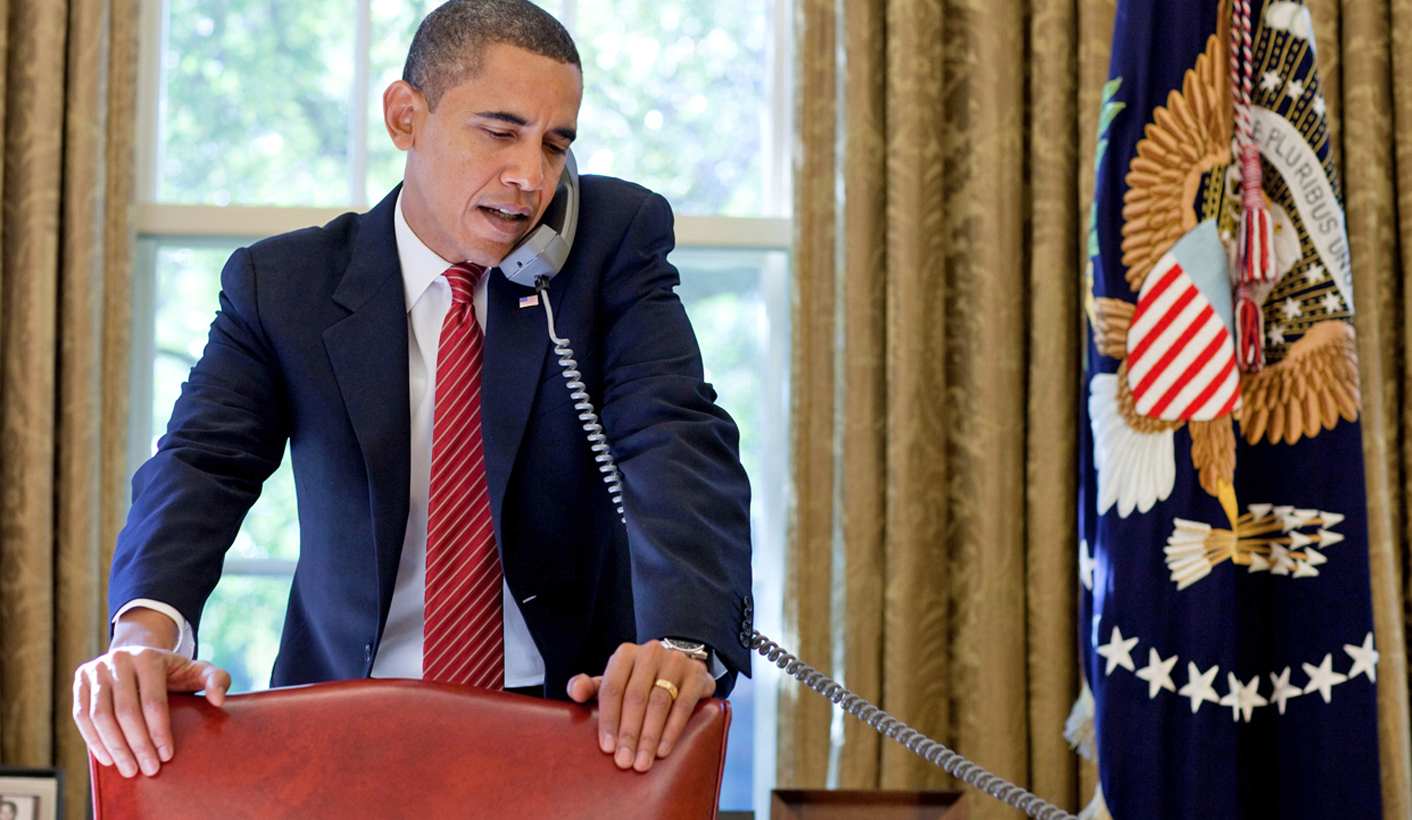 President Barack Obama on Monday threatened U.S. military action against Syrian President Bashar al-Assad, warning in the strongest terms yet that any attempt to deploy or use chemical or biological weapons would cross a "red line" for the United States. By Matt Spetalnick.

Pointing out that he had refrained “at this point” from ordering U.S. military engagement in Syria’s bloody conflict, Obama said that there would be “enormous consequences” if Assad failed to safeguard his weapons of mass destruction.

It was Obama’s most explicit language to date on the prospects for military intervention, and he warned Syria not only against using its unconventional weapons, but against moving them in a threatening fashion.

“We have been very clear to the Assad regime, but also to other players on the ground, that a red line for us is (if) we start seeing a whole bunch of chemical weapons moving around or being utilized,” Obama said. “That would change my calculus.

“We cannot have a situation where chemical or biological weapons are falling into the hands of the wrong people,” Obama told an impromptu White House news conference. He acknowledged he was not “absolutely confident” the stockpile was secure.

Obama said the issue was of concern not only to Washington but also to its close allies in the region, including Israel.

He said the United States was putting together a “range of contingency plans” but offered no details.

The United States and its allies are discussing a worst-case scenario that could require tens of thousands of ground troops to go into Syria to secure chemical and biological weapons sites following the fall of President Bashar al-Assad’s government, U.S. and diplomatic officials told Reuters last week.

These secret discussions assume that all of Assad’s security forces disintegrate, leaving chemical and biological weapons sites in Syria vulnerable to pillaging. The scenario also assumes these sites could not be secured or destroyed solely through aerial bombings, given health and environmental risks.

But a U.S. official, speaking on condition of anonymity to explain the sensitive discussions, said the United States still had no plans to put troops in Syria.

Obama, who is seeking re-election in November, has been reluctant to get the United States involved in another war in the Middle East, even refusing to arm rebels fighting a 17-month-old uprising against Assad.

Syria last month acknowledged for the first time that it had chemical and biological weapons and said it could use them if foreign countries intervene – a threat that drew strong warnings from Washington and its allies.

Western countries and Israel have expressed fears chemical weapons could fall into the hands of militant groups as Assad’s authority erodes.

Israel has said that if Syrian-backed Hezbollah guerrillas used the situation to take control of the weapons, it would “act immediately and with utmost force.”

“We’re monitoring that situation very carefully,” Obama said when asked whether he envisioned the possibility of using U.S. forces at least to safeguard Syria’s chemical arsenal.

The Global Security website, which collects published intelligence reports and other data, says there are four suspected chemical weapons sites in Syria: north of Damascus, near Homs, in Hama and near the Mediterranean port of Latakia. Weapons it produces include the nerve agents VX, sarin and tabun, it said, without citing its sources.

Obama also used the opportunity to renew his call for Assad to step down.

“The international community has sent a clear message that rather than drag his country into civil war, he should move in the direction of a political transition,” Obama said. “But at this point, the likelihood of a soft landing seems pretty distant.”