German politicians say no leeway for Greece on reforms

German politicians say no leeway for Greece on reforms 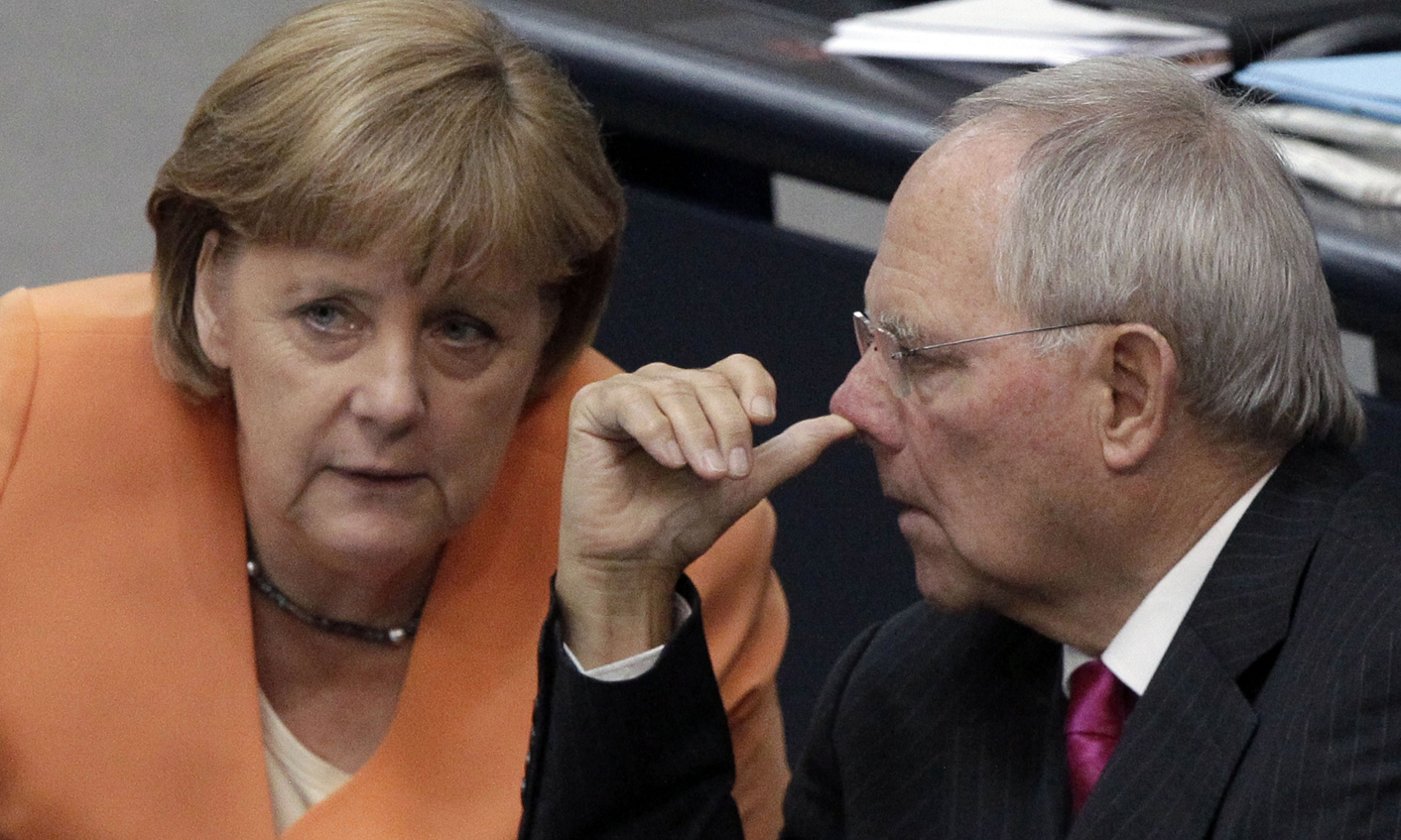 Senior German politicians stepped up the pressure on Greece to stick to its reforms before the Greek prime minister visits Berlin this week and made clear that there was no appetite in the German parliament for a third aid package. By Michelle Martin.

Greek leader Antonis Samaras, facing mounting social and political discontent at home, is expected to ask for a two-year extension to the deadline international lenders have set when he meets the leaders of Germany and France this week.

Greece, in its fifth year of recession, has fallen behind on its targets and will probably need to make 14 billion euros ($17 billion) in cuts rather than a previously expected 11.5 billion over the next two years to meet terms for international aid, according to Germany’s Der Spiegel magazine.

“It is not responsible to throw money into a bottomless pit,” Finance Minister Wolfgang Schaeuble said on Saturday at a government open day in Berlin.

Norbert Barthle and Michael Meister, both senior politicians in Merkel’s Christian Democrat party (CDU), told Tagesspiegel’s Monday edition that there would be no third aid package for Greece while Volker Kauder, head of the conservatives in parliament, said Greece must stick to what it had agreed.

Kauder told Spiegel that Athens, which has not achieved the budget cuts and privatisations it promised in March to secure a second, 130-billion euro bailout, must honour its agreements.

Kauder added that he saw little chance of a third aid package for Greece finding support in Germany’s ruling coalition even though Greek insolvency would cost Germany dear: “There cannot always be new programmes or moderated conditions. The Greeks must at some point answer the question: Are we going to make an effort or are we going to leave the euro?”

But despite growing calls in Germany for a Greek exit, 45 of 64 economists polled by Reuters in August expect Greece to still be in the currency bloc in 12 months’ time, compared with 35 of 64 economists in a similar poll in May.

The chairman of the euro finance ministers’ group said on Saturday that Greece would not leave the euro zone unless the country “totally refuses” to fulfil any of its reform targets.

“It will not happen, unless Greece were to violate all requirements and not to stick to any agreement,” Eurogroup President Jean-Claude Juncker was quoted as saying in Austria’s Tiroler Tageszeitung newspaper.

European Energy Commissioner Guenther Oettinger said the euro zone should keep Greece on board if at all possible and warned against the unknown consequences of a Greek exit in an interview with Germany’s Frankfurter Allgemeine Sonntagszeitung.

But resistance to giving Athens any leeway extends to the Free Democrats (FDP), the junior partner in Merkel’s coalition.

FDP General Secretary Patrick Doering said in an advance copy of an article due to appear in Tagesspiegel on Monday that the basis for aid was “the second aid package and the conditions to which Greece has committed itself. That is not negotiable.”

That will disappoint Athens, where finance ministry officials have calculated that the country’s debt would be more sustainable if it had two more years to cut its budget deficit, according to a Greek newspaper. Recession is increasing Greece’s debt burden relative to its shrinking economy.

Economy Minister and FDP leader Philipp Roesler, who caused a stir last month by saying a Greek euro zone exit had lost “its fear factor”, also warned against easing Greece’s saving targets: “Those who don’t stick to the rules and the promises made cannot expect financial help,” he told Spiegel Online.

Inspectors from the International Monetary Fund, the European Commission and the European Central Bank – known as the troika – are due back in Greece in September. DM