Who needs a license? Self-driving cars coming our way 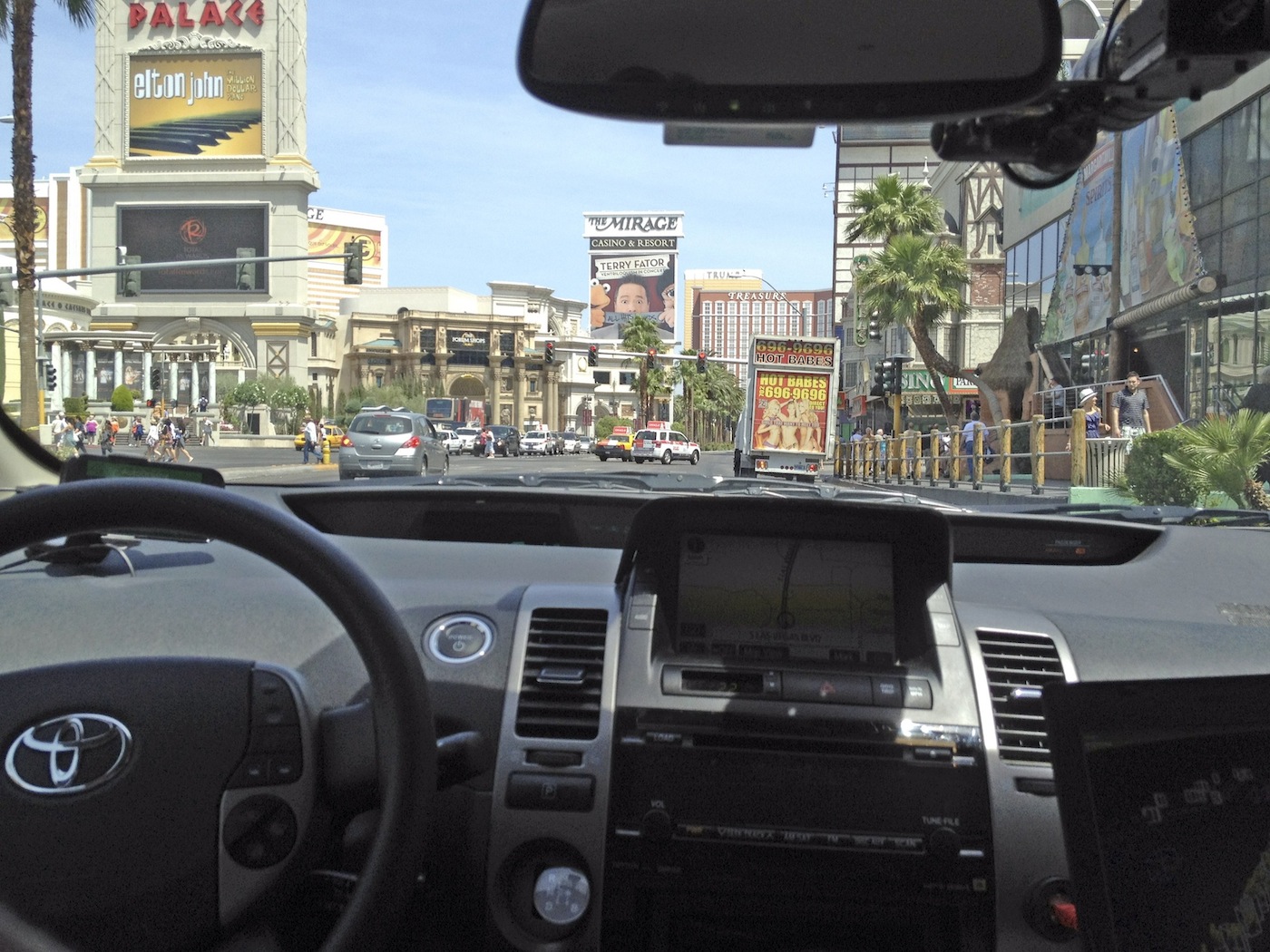 It's been more than half a century since some of the first concept cars boasting self-driving features were presented to the world and they're still not on the roads. But many auto executives say the industry is on the cusp of welcoming vehicles that make the idea of keeping both hands on the wheel an anachronism. By BEN KLAYMAN

General Motors showed off “dream cars” in the late 1950s like the Firebird II and Cadillac Cyclone with features automakers are now starting to roll out in new models as the technology, based on sensors, lasers, radar systems, GPS, cameras and microchips — improves and becomes less costly.

While most industry officials don’t envision a fully self-driving, or autonomous, vehicle before 2025, features such as adaptive cruise control or traffic jam assist that automatically slow or apply the brakes for a car in certain situations are already being introduced. And much like anti-lock brakes became the norm after initial resistance, these new technologies will prepare drivers for a future where they are needed less.

“The whole concept of a car being able to drive itself is pretty profound,” said Larry Burns, GM‘s former research and development chief and an adviser for Google’s self-driving car project. “This is the most transformational play to hit the auto industry in 125 years.”

The progress has been in the making for decades as GM‘s Firebird II, introduced in 1956, included a system to work with an electrical wire embedded in the highway to guide the car. Three years later, the rocket-like Cyclone boasted an autopilot system that steered the car and radar in front nose cones that warned of a collision and automatically applied the brakes.

However, the pace of invention has quickened, with such automakers as GM, Ford Motor Co, Toyota Motor Corp and Volkswagen AG developing technologies to help drivers avoid accidents. Some even envision a future where today’s cars are more amusement.

“In the same way we all used to travel on horses and now horses are entertainment, you could imagine automobiles driven by people becoming more entertainment,” said Chris Urmson, the Google program’s technical head.

In a world where Nevada and Florida have already passed laws allowing the licensing of self-driving cars, the rush is on to make the job easier for drivers. For many, the ultimate goal is to take the steering wheel totally out of consumers’ hands and eliminate accidents altogether.

“Once we have a car that will never crash, why don’t we let it drive?” said Nady Boules, GM‘s director of autonomous technology development.

However, Boules and executives like him will have to win over a public that includes those who love to drive or simply wouldn’t trust their lives to a robot. Others, like long-haul truckers, could resist the technology for fear of job losses.

“My mental model of trust in technology is a Windows blue screen of death. That’s how much faith I have in PCs and computer systems,” said Bryan Reimer, a research scientist at Massachusetts Institute of Technology’s AgeLab.

Reimer, whose group studies human behavior in relation to transportation safety and has worked with BMW, Ford and Toyota, said people are terrible overseers of highly autonomous systems and a car that helps drivers rather than replaces them would be a better model.

J.D. Power and Associates found 37 percent of U.S. consumers it surveyed in March were interested in autonomous driving technology, but only 20 percent definitely or probably would buy it at an estimated price of $3,000. Consulting firm Accenture said last year that almost half of U.S. and British consumers it polled would be comfortable in a self-driving car.

Even if the industry eventually wins the hearts and minds of most consumers, it also must establish the infrastructure that supports self-driving cars, including not only the technology but the necessary legal and liability frameworks — things that may takes years to put in place.

Bill Windsor, associate vice president of consumer safety at insurer Nationwide Mutual, pointed out the airline industry has had an autopilot feature for years, but people still man the cockpit. The same will be true for cars.

“It’s going to be a long time before we’re going to feel comfortable turning over all the day-to-day decisions in driving to a computer,” he said.

Costs must come down as well. For instance, the laser-based Light Detection and Ranging system used by Google costs $70,000 according to a study released this month by consulting firm KPMG and the Center for Automotive Research (CAR).

For that reason, the rollout over the next decade of more semi-autonomous features that assist drivers or take control of cars in only some cases is the path the industry is taking with the idea of preparing consumers for a future with fully driverless cars.

“The socialization of autonomous driving is actually the difficult part. The invention of the vehicle is the easy part,” said John Hanson, Toyota’s national manager for environmental, safety and quality issues. The Japanese automaker has two autonomous car programs, one in Japan and the other in Ann Arbor, Michigan.

Even some automakers developing semi-autonomous features for their cars don’t believe consumers will accept a future without human drivers.

“The days of George Jetson getting in the vehicle, saying ‘to the office’ and then reading a newspaper, we don’t envision for an awful long time,” said Tom Baloga, BMW’s U.S. vice president of engineering.

“We will always be the ultimate driving machine,” he said, adding that there will be times when bored drivers stuck in bumper-to-bumper traffic will turn over control of their cars. BMW has worked on autonomous technology for more than a decade.

“The industry appears to be on the cusp of revolutionary change … engendered by the advent of autonomous or ‘self-driving’ vehicles. And the timing may be sooner than you think,” KPMG and CAR said in their study.

GM, for instance, believes semi-autonomous cars will be available by mid-decade with more sophisticated self-driving systems by the end of the decade. Cadillac is testing a feature dubbed “Super Cruise” that is capable of fully automatic steering, braking and lane centering in certain highway driving that could be ready for production by mid-decade.

Meanwhile Bill Ford, the chairman of rival Ford Motor, sees semi-autonomous driving technology by 2025 like driver-initiated autopilot systems, as well as, the ability to reserve parking spots ahead of your destination in a linked network, with fully autonomous cars following after that.

“There’s a lot of moving parts to all of this, but it’s almost limitless in terms of what we can do,” he said in June at an event in California‘s Silicon Valley. Ford’s 2013 Fusion mid-sized car includes a lane-keeping aid system, an active park assist function, adaptive cruise control and collision warning.

SELF-DRIVING CARS ‘IN OUR LIFETIME’

Google launched its autonomous car program in 2010, viewing the problem as one of computer science. It has tested its modified Toyota Prius and Lexus RX 450h cars over more than 300,000 miles and is talking with almost every automaker about its technology.

Google Executive Chairman Eric Schmidt said the company has not figured out how it would bring its technology to market, but licensing it is an option. “Self-driving cars should in our lifetime become the predominant way,” he told Reuters in July.

Last year, one of Google’s self-driving cars was involved in a minor accident, but supporting the idea that robots would be better drivers it occurred when the car was under human control. The self-driving mode has yet to be in a fender bender.

Bob Casey, the curator of transportation at the Henry Ford Museum in Dearborn, Michigan, regarded the self-guiding driving system of GM‘s Firebird II concept car of more than 50 years ago “almost as a parlor trick,” but he said the technology now brings such cars closer to reality. The question is whether the auto industry is ready for that.

“Part of the fundamental attraction of automobiles has been the actual driving of them,” he said. “If you do away with that, then it really becomes an appliance … a toaster, a washing machine.”   DM