Swazis to strike Mswati where it hurts 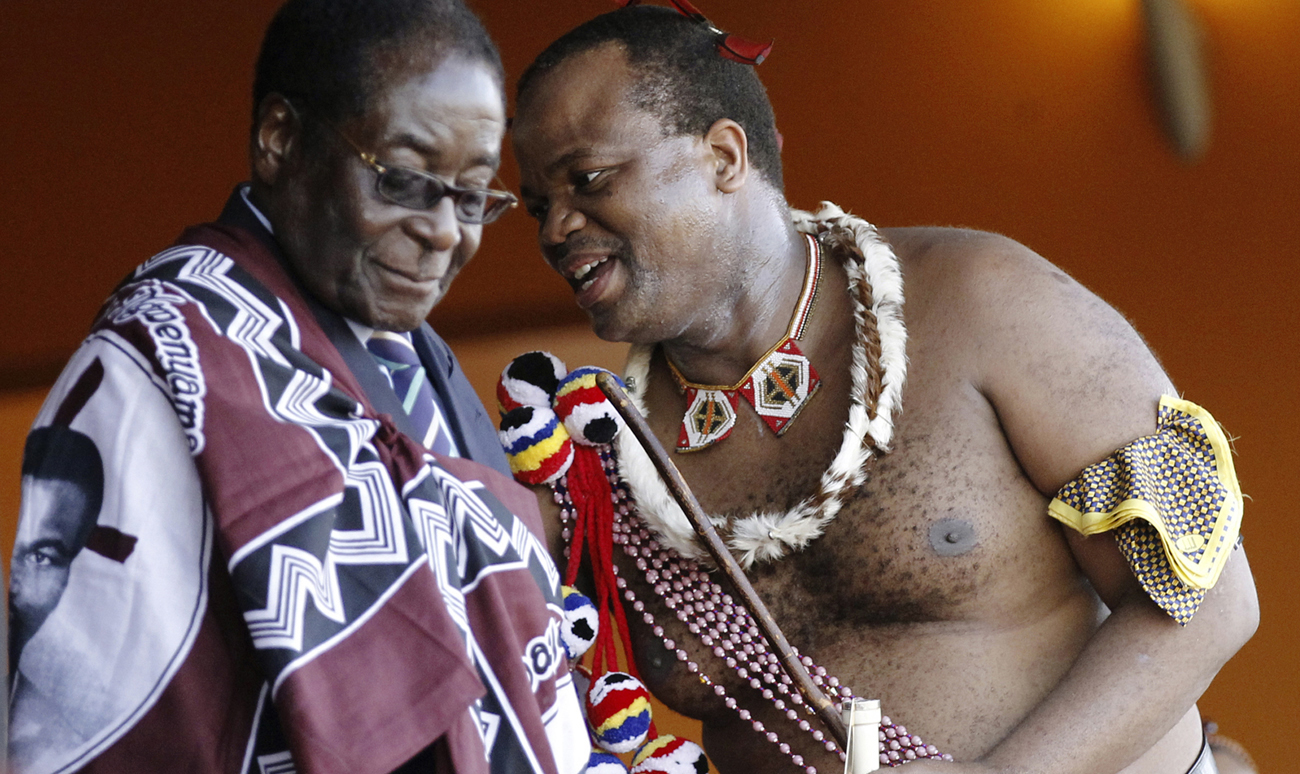 The teachers’ strike in Swaziland took a break this week to consider its options as the government continues to play hardball. Unionists say it has prepared them for pro-democracy demonstrations in September. But to effect change they’ll need to sustain the pressure and convince South Africa to act. By GREG NICOLSON.

The teacher and public services strike started when unions called for a 4.5% cost of living adjustment. The Swaziland National Association of Teachers (Snat) stopped work over a month ago and were soon followed by the Swaziland Democratic Nurses Union (Swadnu), National Public and Allied Workers Union (Napsawu) and some affiliates of the banned umbrella federation, the Trade Union Congress of Swaziland (Tucoswa).

Vincent Dlamini, general secretary of Napsawu and head of Tucoswa, said nearly 50 teachers and 16 civil service workers were arrested during the month on unclear charges before the strike was temporarily suspended for three days on Monday. Earlier in the month, an interdict forced nurses back to work as they provide an essential service. The unions will meet on Wednesday to decide the best avenue forward.

The strike is taking its toll on teachers, as those arrested have been put on suspension and many more are being paid just a third of their salaries.

Reports said the Swazi government has made a resolution on the cost of living increase, but wouldn’t unveil the details while strike action continued. Mary Pais Da Silva, a coordinator for the Swaziland Democracy campaign, said 4.5% is miniscule given the circumstances. She pointed out that inflation of around 9%, and the new 14% VAT has reduced the spending power of workers’ wages.

Government spokesman Percy Simelane told AFP the country had to take the advice of its neighbours and the IMF to rein in spending. “Even if money could come now it would be very difficult to increase salaries”, he said. “We need to adhere to this advice or sink.”

Critics maintain there is enough money to pay the cost of living adjustment, pointing to Circular No. 1, the lucrative payouts to legislators once they leave office. Simelane said they were obviously causing discontent and would be reviewed.

But there are more insulting signs of King Mswati III and his government’s opulence that continue to draw derision. Mswati’s wives are currently on a shopping spree in Las Vegas, with the royal party staying in 10 villas at R20,000 each per night. And, said Da Silva, Simelane and the government await a new fleet of vehicles funded by taxpayers.

Unionists said the strike is ultimately about worker remuneration, but it has helped prepare them for Global Week of Action, “an unprecedented mobilisation” to further the democracy campaign. Wandile Dludu of the Swaziland United Democratic Front, a coalition of pro-democracy civil society organisations, said the strike “helps expose the challenges Swazis face but most importantly it helps explain the arrogant and undemocratic nature of his majesty.”

“For us it’s a giant leap forward in our struggle for a better Swaziland and for the world to see the government for what it is”, said Wandile. Despite superficial reforms, Mswati has ruled Swaziland by decree since his father, King Sobhuza II, established the constitutional monarchy in 1973, effectively banning all but the royalist political party.

More than 60% of the country’s population live in poverty, according to the UN’s Africa Human Development Report. Unemployment hovers above 40%. An estimated 26% of the population lives with HIV, and many survive on donor food aid.

“We are saying we want multiparty elections now,” said Wandile. “As pro-democracy forces inside Swaziland we are saying the centre of all our problems—a judicial crisis, financial crisis, social crisis, education crisis and health crisis – [means] overall we have a leadership crisis.”

The Global Week of Action, 3-8 September, will feature demonstrations on issues of poverty, unemployment and health. The groups will craft a “people’s charter” and finish the week by marching to the royal palace. Activists hope to show a force of strength inside the country while pressuring international allies to condemn Mswati’s rule.

The week of action is billed as unprecedented and historic, but demonstrations challenging the Swazi government have been used before, only to dissipate before having an influence. The monarchy has avoided a revolution by obstructing organisation and distancing the rural population from politics through intimidation, the media and control over traditional customs.

Dlamini said pro-democracy campaigners have been reaching rural areas to educate them on politics and the strike has helped organise the workers and inform the public. “September will show how far we’ve moved in terms of ‘conscietising’ people. It will be seen by the numbers on the streets. If there are not sufficient numbers we’ll have to reflect.”

The movement will need a unified front of trade unionists, civil society and political parties, said Dlamini, but it will also need international support. In June, the ANC affirmed its support for Swazi activists but the SA government has largely remained out of the fray. Activists said they hope it will change with Nkosazana Dlamini-Zuma in charge of the African Union, but so far their main support comes from Cosatu affiliates.

The key to increasing international support will be to sustain the pressure on Mswati, not easy given he’s in charge of the police and army. But, with the strike as a first step, activists hope to do just that.

Much of that responsibility will fall on the Swaziland United Democratic Front. “The difference this time”, said Wandile, “is that we believe that the liberation of Swaziland will be an act of the people themselves. We will go down and talk to people. We want to perfect preparation. We want to be as efficient as possible in mobilising the masses so they come in very good numbers.”

Police have brutally cracked down on demonstrations in recent years and obstructed them before they even start. “It remains a reality that his majesty controls the police and exerts violence and brutality against unarmed and peaceful marchers,” said Wandile. “But that can not stop us.”

“We wish to assure anyone in the world that we carry no stones. We carry no guns. We will be carrying our demands. Of course we will face what his majesty throws at us on this day… with the hope the world, South Africa in particular, continues to be lobbied to put Swaziland on the agenda.” DM