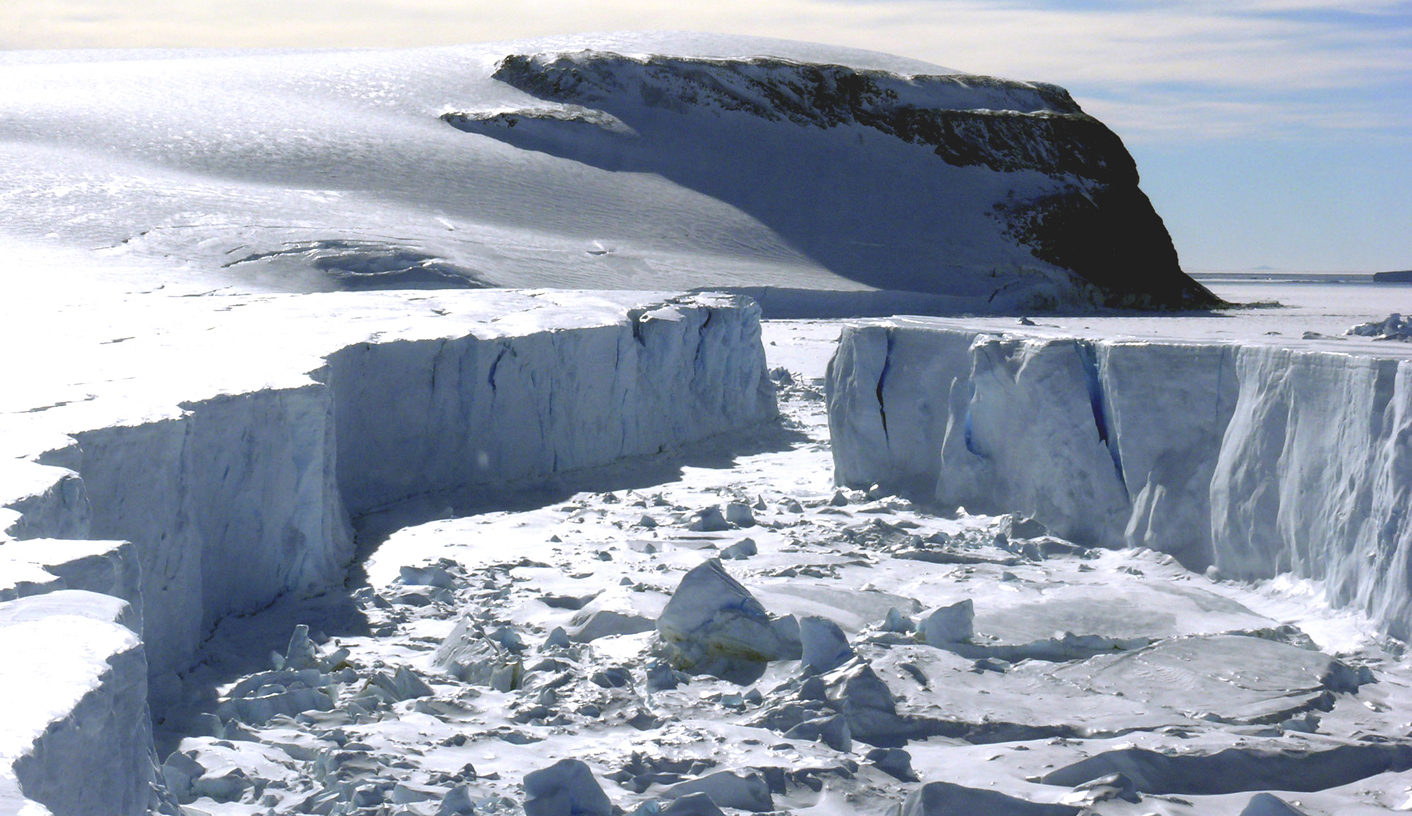 A valley the size of the Grand Canyon a mile beneath the ice in West Antarctica, may be contributing to ice loss in the region, the British scientists who discovered it say. By Nina Chestney.

Researchers have been monitoring large ice sheets in Greenland and Antarctica for decades to see how and whether they affect climate change.

Scientists at the University of Aberdeen and the British Antarctic Survey (BAS) have discovered a sub-glacial valley under the Ferrigno Ice Stream, a region which has only been visited once before in 1961.

The rift valley, created millions of years ago and subsequently covered by ice, is connected to the warming ocean help show how climate change is affecting the ice sheet, they said in a paper published in the journal Nature on Wednesday.

“This spectacular valley aligns perfectly with the recordings of ice-surface lowering and ice loss that we have witnessed with satellite observations over this area for the last 20 years,” said Robert Bingham, a glaciologist at Aberdeen University’s School of Geosciences and lead author of the study.

“If you stripped away all of the ice here today, you’d see a feature every bit as dramatic as the huge rift valleys you see in Africa and in size as significant as the Grand Canyon.”

Bingham could not say whether the valley was made of rock.

A rift valley is a lowland between highlands or mountain ranges, created by a geological fault. Perhaps the most well-known rift valley in the region is the West Antarctic Rift, which lies between East and West Antarctic and is the source of all recently active volcanoes in Antarctica.

The team detected the “Ferrigno Rift” by towing a radar system across the surface of the ice for 1,500 miles, equivalent to the distance between London and the Rock of Gibraltar.

“The newly discovered Ferrigno Rift is part of a huge and yet poorly understood rift system that lies beneath the West Antarctic Ice Sheet,” said Fausto Ferraccioli from the BAS.

“What this study shows is that this ancient rift basin, and the others discovered under the ice that connect to the warming ocean can influence contemporary ice flow and may exacerbate ice losses by steering coastal changes further inland,” he said.

Engineers and scientists have made several discoveries deep under the ice in recent years. Last year, a British team started to study an ancient lake hidden beneath West Antarctica’s Ice Sheet in the hope it would reveal clues about climate change and future sea level rise.

A 2007 report by the Intergovernmental Panel on Climate Change highlighted ice-sheets as the biggest remaining uncertainty in projections of rising sea levels.

Global sea levels rose 1.5 mm a year between 2003 and 2010 due to melting glaciers and ice shelves, scientists said in May. This is on top of an estimated 1.7 mm annual rise due to the expansion of the oceans as the water warms. DM