Analysis: Whatever happened to the media appeals tribunal? 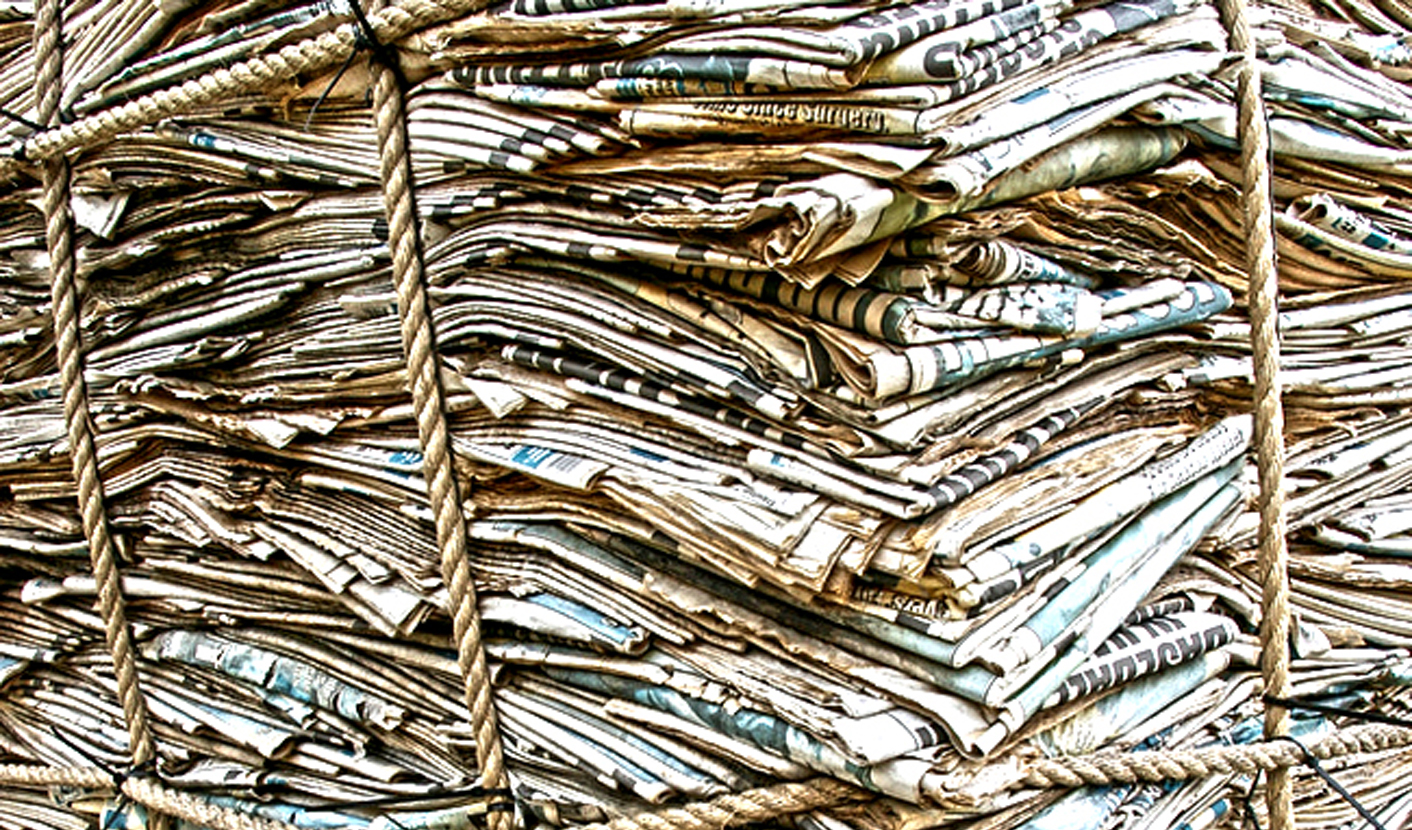 During four days of the ANC policy conference, one recommendation that was notable by its absence was the media appeals tribunal. The ANC has dumped the idea rather firmly, which was unexpected, given its recent insistence that statutory control of the press was necessary. But that does not mean things are hunky-dory now. Oh no. Tensions are still very much there. By SIPHO HLONGWANE.

Until recently, terms like “ANC” and “media appeals tribunal” were usually part of the same breath. It was first mooted in a party discussion document, saying that media self-regulation was not working and that, therefore, a statutory media appeals tribunal was desirable. The suggestion raised a huge storm between the party and the media, with the public also getting pulled in -in a big way.

And yet, at the fourth national policy conference of the ANC last week, the tribunal was not mentioned at all. The issue appears to have fallen off the radar completely. What changed between then and now?

The ANC discussion document, prepared for the national general council in Durban, said: “Many who find themselves ‘in the news’ are unhappy about the way their story has been presented or the way journalists have obtained information. Many laws restrict what can be published but not the behaviour of journalists, and there are few legal remedies for inaccurate reporting. Legal aid is not available for libel cases, which are expensive. There is no statutory regulation of the press. Instead there is an entirely voluntary system which does not have the force of law. There continues to be a need to strengthen self-regulation by the press.”

The document went on to complain that the press ombudsman system was unfair because it required those who approached the ombudsman to waive their constitutional right to a hearing in a court of law.

Many who disagreed with the ANC’s view said any state control of the press was undesirable. Eventually, a panel of nine people was appointed to a Press Freedom Commission, headed by retired constitutional court justice Pius Langa, in 2011, and it submitted its report at the beginning of 2012.

The commission recommended in its report that, among others, the public has representation on all hearing panels, members of the public should be allowed into newsrooms to see what happens, the controversial waiver should be scrapped and that journalists need to be tested on their knowledge of the press code.

The ANC accepted the commission’s recommendation, even though statutory control was rejected. In April, when the report was released, the party promised to send it to all branches for discussion. Though these things are finally decided at the Mangaung congress, the communications commission at the policy conference did not report any talk or debate on the media appeals tribunal.

But the original fight between the ANC and the media did not end with complaints. The industry is not transformed, the party contends, and tends to speak only to the interests of the rich.

“Given the history of monopolistic broadcasting and an oligopolistic print media in South Africa, the ANC has equated democratisation with the introduction of more competition and the entry of so-called ‘black empowerment’ capital into the print and broadcasting media,” the 2010 discussion document said.

“It is critical to appreciate the broader context to emphasise the significant role media can play in helping the different people to communicate with each other in order to strengthen democracy, promote a culture of human rights and enable all to participate fully in economic growth and speed up transformation and development. Information is knowledge and it is power. This can only be achieved if every citizen, wherever they are located, rural or urban, poor or rich, have access to a choice of a diverse range of media,” the ANC’s paper said.

It is 2012 now and none of the tensions between the media and the ruling party have been assuaged. The party insists on holding its major meetings in secret and forbidding members from openly campaigning for leadership positions. The secrecy obviously leads to unnamed sources approaching the media, which some ANC leaders absolutely hate.

“Anonymous and nameless people who leak information to the media hurt our ANC (in) the same way apartheid government spies – planted to infiltrate our movement – hurt our liberation struggle and our movement,” Eastern Cape provincial secretary Lubabalo Mabuyane said recently.

The same comparison was used by ANC head of policy and justice minister Jeff Radebe. It is not unusual for the ANC to blame the media for the plethora of unnamed sources, and it does not help the situation that many of these sources are actually planting lies to further someone’s political interests.

And yet, in Midrand last week the idea that the media needed to transform did not go the way of the media appeals tribunal. At the press conference, in which the communications commission reported back, Pallo Jordan said the party wanted the government to use its advertising budget to prop up the little guy in the media industry. It also wanted the big media firms to fund small publishers.

What always seems to be missing in these discussions about the clout of the media is the SABC. It still commands the largest number of viewers on television, and has a vast radio audience (at the same press conference the ANC said  it would continue to find ways to fund the SABC because “having a national broadcaster is desirable”).

The ANC also sometimes says the media’s lack of transformation is the reason why it is sometimes so negative in its coverage of the party. The most recent leader to complain bitterly about the media is communist party general secretary Blade Nzimande.

“If anyone needs any example to confirm that South African media has, at worst, become an organised opposition voice to the ANC and government, and at best, a factionalist player in the politics of our movement, we must look no further than the headlines of the Sunday papers this past weekend. The Sunday times read: ‘Chaos at the ANC conference’. This paper should be ashamed of itself. To run such a headline after a conference whose opening and closing sessions were broadcast openly to both free-to air-and pay television as well as radio channels – including daily briefings on the outcomes of commissions – is not only shocking but is taking South Africans for granted,” Nzimande wrote.

“Anyone who participated in the proceedings must ask as to which conference the Sunday Times is writing about. High levels of debate characterised the policy conference, and the delegates displayed intellectual depth and rigour. One can only wonder where exactly the so-called chaos took place, unless the Sunday Times is deliberately seeking to mislead and misinform the public, in a manner that is in fact tantamount to a lie!” Nzimande wrote.

City Press and the Independent group were also slammed for not reporting the conference as a resounding success.

This is perhaps the second time in a while that individual newspapers and editors have been scolded in this manner. The accusations are usually aimed at “the media”, but Nzimande got very specific and very personal:

“As for the City Press’s ‘Tide turns against Zuma’, the editor should equally be ashamed of herself for this shoddy journalism. The quality of debates yielded clear resolutions whose aim had absolutely nothing to do with the president. These form the basis of which the ANC policy directives will be debated and finalised in Mangaung. This seems like a self-fulfilling prophecy as the City Press were predicting that the ANC national policy conference will be used by delegates to turn against the president. Ferial, this is a shameful manufacture of headlines and stories that have no basis whatsoever. One hopes the editor is not blinded by her grief emanating from the mass action against the City Press on The Spear issue. If that were the case, she would be allowing her anger to blind her editorial decisions.”

City Press was singled out by the ANC during The Spear painting debacle in its court papers and in its criticism – this despite the fact that many websites published the image. We could be seeing a new strategy at play here – instead of going after the entire industry, which was a bit of a pointless exercise to begin with, they might decide to target individuals.

Though the tribunal idea seems to be dead, it does leave us with the question of why it was introduced in the first place. Did the ANC think if it just asks the press to strengthen its self-regulation, it would say how much? There certainly is a great deal of disdain between the press and the ANC – but a well-reasoned and well-argued case for a stronger press ombudsman would have sufficed. As it is, the last two years – thanks to the Protection of State Information Bill – have only served to sharpen hostilities because the party had to threaten a vital component of press freedom – no state control – in order to get what it wanted.

Or could it be that the entire thing was an exercise of revenge for the treatment that ANC president Jacob Zuma suffered at the hands of the press as he went through a rape case and corruption cases? DM