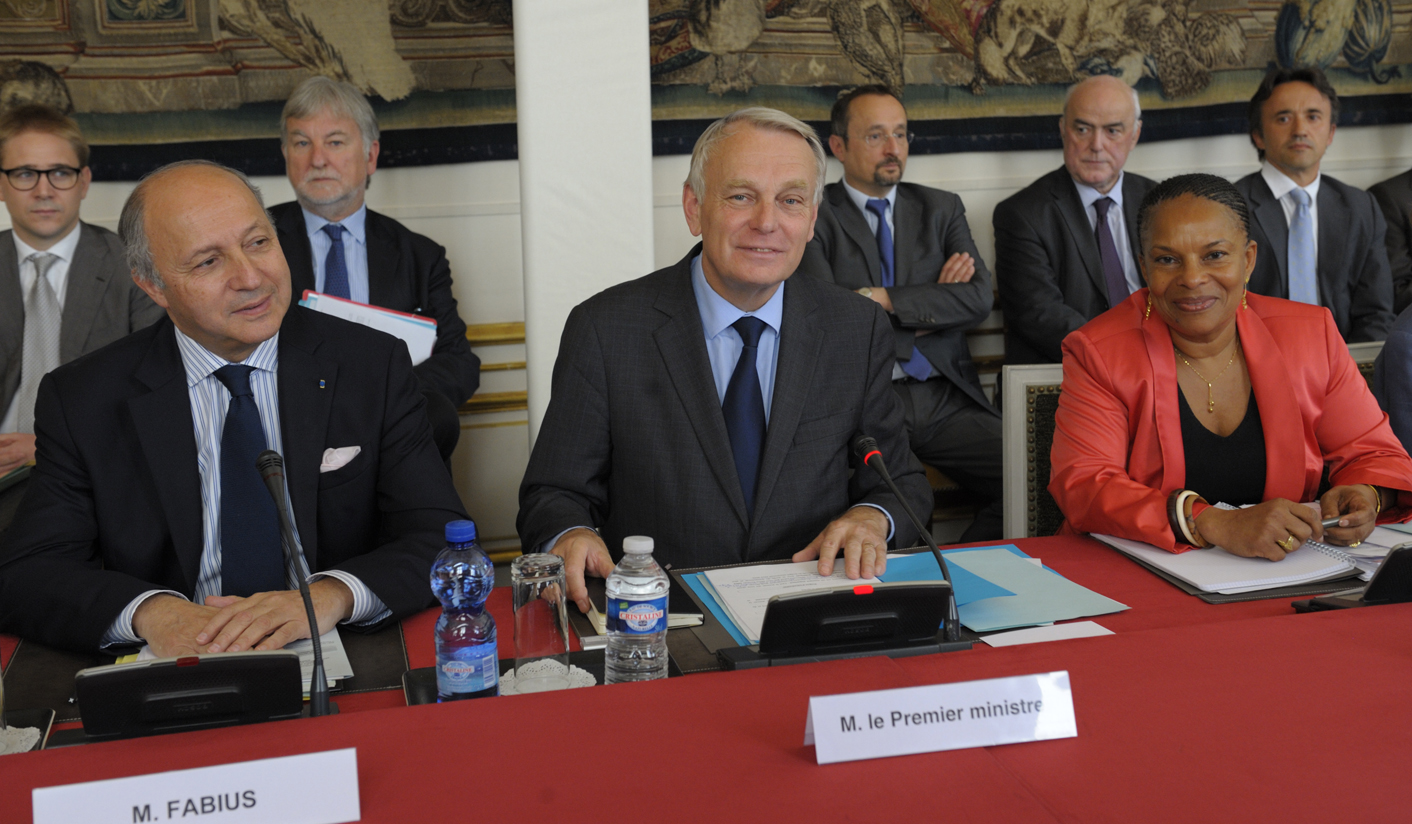 France's new government announced a cosmetic 2 percent increase in the minimum wage on Tuesday as it seeks to soften the blow from tax hikes and spending freezes to the struggling economy.

President Francois Hollande is pushing for Europe to refocus away from austerity towards measures to boost growth and is relying at home largely on planned tax increases to shrink the public deficit within a target of 4.5 percent of gross domestic product by the end of 2012.

His five-week-old Socialist government will drop 1 billion euros ($1.25 billion) of planned spending this year, on top of a three-year spending freeze that kicks in in 2013, Budget Minister Jerome Cahuzac said.

Eager to show that belt-tightening is not its sole concern, the government agreed to raise the minimum wage from July 1 by 2 percent, although the increase fell far short of union demands.

Prime Minister Jean-Marc Ayrault told cabinet ministers on Monday that overall spending at ministries and regional government departments would be frozen from 2013 for three years, excluding debt costs and pensions.

France has avoided deeper cuts thanks to investors who shun debtors such as Spain or Italy but want better returns than they can get on German debt, seen as the ultimate euro safe haven.

“The market is convinced that France is determined to stick to the targets for improving the public finances,” Noyer told journalists at news conference.

“As always with market trends, we must be careful to remain on track and not drift because the markets are volatile and can change opinion very quickly,” he added.

President Francois Hollande’s Socialist government has pledged to cut the public deficit to 4.5 percent of gross domestic product this year from 5.2 percent in 2011, mainly through a series of tax increases.

Cahuzac said this year’s freeze would affect all departments except the education, justice and interior ministries. “A billion euros which should have been spent between now and the end of the year will be frozen,” he told BFM television.

French state spending for 2012 is expected to total around 360 billion euros, but the government is due to announce revisions to its budget bill next Wednesday to reflect flagging growth that is hitting revenues.

The adjustments will follow a national audit office report on public finances expected to show the country struggling to meet a 2013 deficit goal of 3 percent of GDP.

Hollande aims to compensate for the 60,000 public sector jobs he has promised to create over five years by not replacing all workers who retire.

The government has ruled out a broad austerity drive such as those under way in Italy and Spain on the grounds that it would hit the middle classes hardest and weigh heavily on consumer spending, the traditional engine of the French economy.

Consumer confidence was stable in June compared with May, bringing a recovery underway since December to a halt, figures from the Insee national statistics institute showed on Tuesday. The confidence measure remains far below its long-term average.

Labour Minister Michel Sapin said the 2 percent increase in the minimum wage would work out to 0.6 percent after taking into account inflation since the last increase in January.

“We had to allow the most fragile workers on the minimum wage to benefit from this additional purchasing power,” Sapin told a news conference.

Some 1.6 million workers, or nearly 10 percent full-time workers and 25 percent of those in part-time jobs, earn the minimum wage, which will be raised to 9.4 euros an hour.

The government is seeking a delicate balance between boosting workers’ purchasing power without discouraging companies from taking on staff at a time when unemployment is already at a 13-year high.

Among the tax increases being prepared, Cahuzac said a new 3 percent tax on company dividends would be put in place in coming months and a tax-free threshold for money inherited from or gifted by relatives would be lowered.

The government will also scrap a sales tax increase due to come into effect in October and a tax shield for the wealthy, which he said cost the state around 800 million euros in lost revenues in 2011.