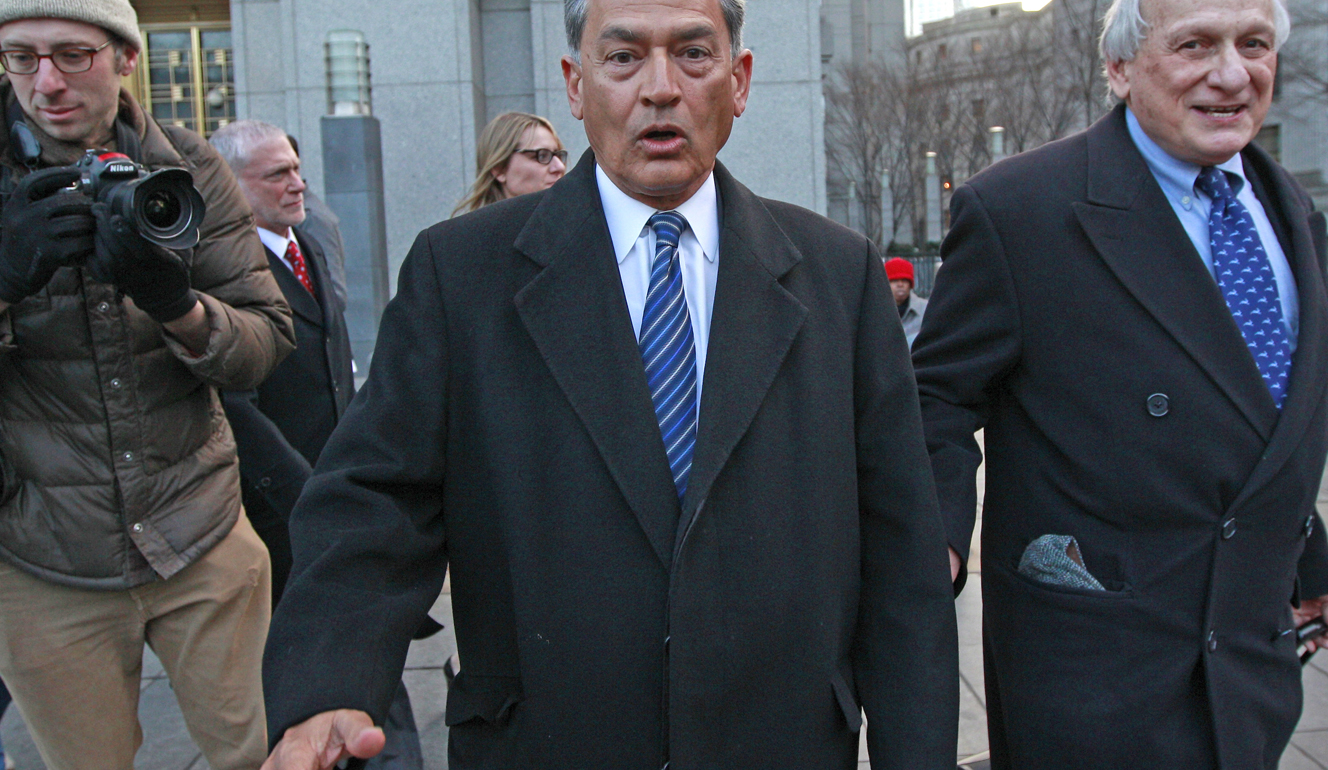 To convict former Goldman Sachs Group Inc board member Rajat Gupta of insider trading, prosecutors must convince the jury he benefited from his relationship with Raj Rajaratnam, the now-imprisoned hedge fund manager he is accused of tipping. By Grant McCool

On Thursday, the prosecution put on the witness stand a former marketing manager at Rajaratnam’s Galleon Group who testified he participated in meetings in the United Arab Emirates with Gupta to promote Galleon funds to potential investors.

“I introduced him the way he was introduced to me, the new chairman of Galleon International,” Ayad Alhadi, the former Galleon executive, testified in U.S. District Court in New York. He said he and Gupta attended meetings with banks and pension funds on March 31 and April 1, 2008, in Abu Dhabi.

Rajaratnam appointed Gupta chairman of Galleon International in 2008 and awarded him an ownership stake.

Gupta has pleaded not guilty. His lawyers say the government’s case is circumstantial and that Gupta had nothing to gain financially by giving inside stock tips to Rajaratnam, his onetime friend and business associate. The defense also says the two men had a falling-out in 2008.

During a jury break, a U.S. prosecutor told the judge that Goldman Sachs Chief Executive Officer Lloyd Blankfein would testify at the trial, most likely next week.

Blankfein also testified for the government at Rajaratnam’s insider-trading trial in the same court last year. The Galleon founder was convicted and is serving an 11-year prison term.

A spokesman for Goldman Sachs was not immediately available for comment. Goldman is not accused of any wrongdoing.

Last week, Goldman director Bill George testified that he had declined Gupta’s invitation to invest in a fund called New Silk Route that Gupta had formed with Rajaratnam.

Gupta, 63, is charged with securities fraud and conspiracy for allegedly providing Rajaratnam with boardroom secrets between March 2007 and January 2009 while he was a director at Goldman and Procter & Gamble.

Also a former global head of McKinsey & Co and philanthropist with ties to the Bill & Melinda Gates Foundation, Gupta is the most prominent corporate figure indicted in a U.S. government crackdown on insider trading.

Through Alhadi’s testimony, prosecutors want to further their argument that because Gupta and Rajaratnam had tens of millions of dollars invested together it stands to reason that Gupta benefited.

In other evidence last week, the government played an FBI wiretap of the two men discussing their investments in July 2008.

Gupta and Rajaratnam had numerous business dealings together, according to court documents. From 2003 to August 2005, Gupta had money invested in at least two different Galleon offshore funds through an offshore entity that Gupta created.

The two men formed a fund called Voyager Capital Partners. Gupta put in $10 million and Rajaratnam $40 million. Certain Voyager assets were invested in Galleon hedge funds, and Galleon International had $1 billion by the end of 2007.

To convict Gupta of insider trading, the jury must be convinced beyond a reasonable doubt that he breached his fiduciary duties and that he did it intentionally and in anticipation of at least some modest benefit in return.

The trial started on May 21 and is expected to last three weeks. DM