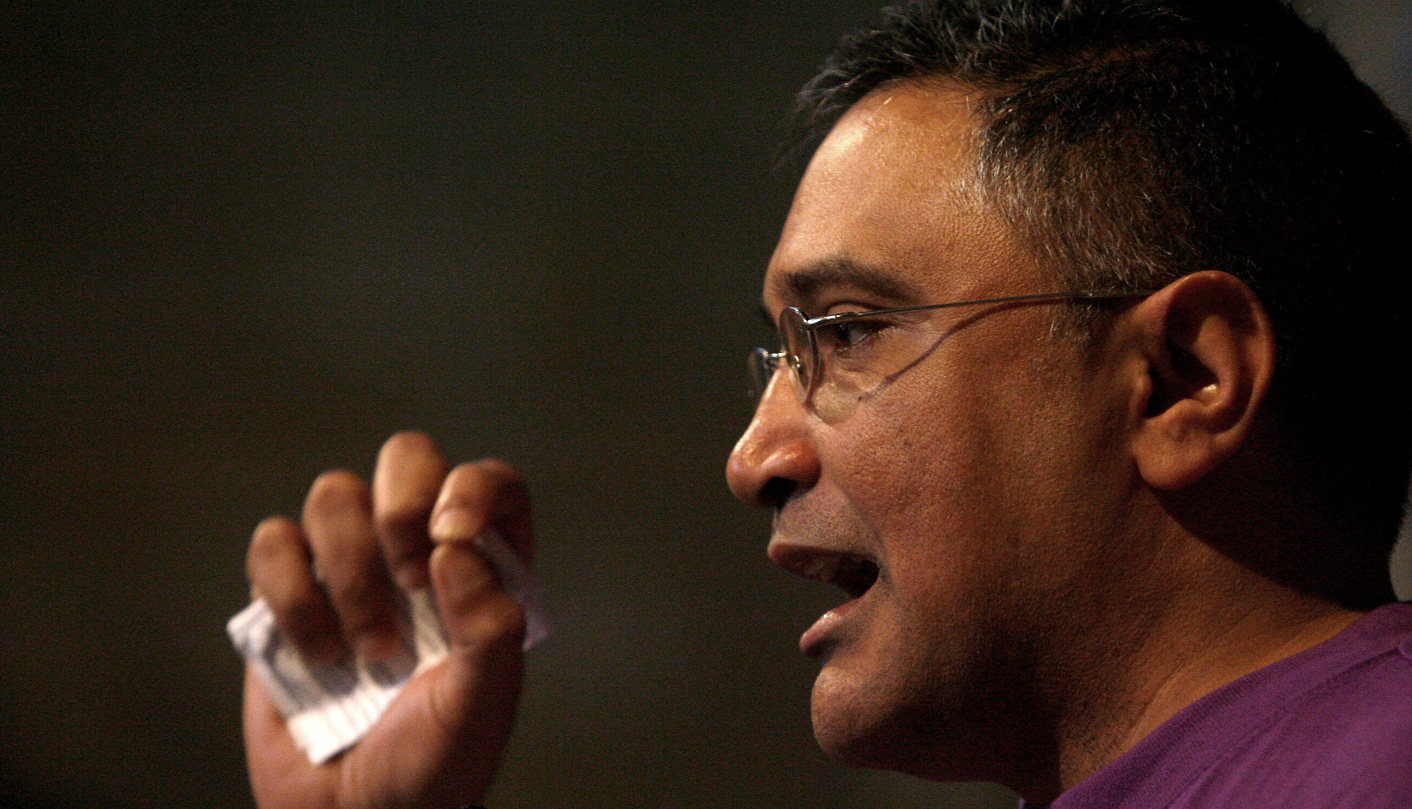 The controversy that ensued from trade and industry minister Rob Davies’ announcement to have goods originating from the occupied Palestinian territories labelled as such and not “Made in Israel” refuses to die down. Some members of the South African Jewish community were affronted. The Israeli government was appalled. Yet this move has been months in the making, thanks largely to the efforts of one man, Zackie Achmat. By KHADIJA PATEL.

Achmat, with his organisation, Open Shuhada Street, held talks with Davies in September last year. The talks led Davies to agree in principle that goods manufactured in occupied territories should be labelled as such because labelling them as a product of Israel is misleading. And if the relabelling requirement is a victory for the Palestinian solidarity movement, particularly the campaign to enforce Boycotts, Divestments and Sanctions against Israel, it is also the culmination of the efforts of Achmat, the country’s indefatigable champion of human rights.

Daily Maverick: Is it correct to call you an advocate of BDS?

Achmat: Yes, I support Boycotts, Divestments and Sanctions against Israel.

DM: Is the BDS movement the best way forward for Palestinian solidarity?

Achmat: I think there are a number of ways we can show solidarity with the Palestinian people. I think one of the ways we can do this is to raise money for political prisoners. Another is to raise money for organising to help with education and distributing information. One of the strategies that is vital to raising awareness is BDS because it presents the possibility of internationalism – of bringing people together across borders, race, religion and class – bringing people together to resist the last case of European colonialism in the world, which continues to expand.

DM: What was your reaction to minister Davies’ announcement that goods originating from the West Bank would have to be relabelled?

Achmat: I was absolutely delighted. It is a huge advancement but it is only the first step. It’s something we have been working on for a while. We hope people will boycott and divest and so on, but there are very few targeted campaigns. Of the few targeted campaigns that exist one that I’ve learned from is Stolen Beauty – the campaign against Ahava cosmetics. All the other campaigns have been more general. And then in our country what happened at University of Johannesburg was very important. There is, though, very little understanding of what BDS is. I think a lot of people want to do something but we have not passed on the historical experience of South Africans. It starts with little things to raise public awareness. Whether it’s oranges or apples or wine (of Israeli origin) – it eventually ends up in an arms embargo and financial sanctions. It’s the least we can do for the people of Palestine.

DM: You’ve mentioned what happened at the University of Johannesburg, where academics voted in favour of severing ties with Israel’s Ben Gurion University last year. That certainly lent some momentum towards an academic boycott of Israeli institutions. Last week an Israeli diplomat, who was set to address a gathering at University of KwaZulu-Natal, was forced to withdraw from the event after academics in Durban raised objections. Together with Davies announcing the requirements for goods to be relabelled, we’re seeing a build-up towards a cohesive boycott of Israel in the country. Do you see the South African government playing a greater role from here on?

Achmat: I think it’s time the ANC discusses BDS at its policy conference and I think it’s time it gets raised in our Parliament. I’m not sure the government will immediately adopt it. I think it will only be adopted once there is a mass movement for it and I think, most importantly, it will happen slowly. It won’t happen overnight. I think in two, three, five years, we’ll have a very serious movement that will – locally and globally – be able to isolate apartheid Israel.

DM: In Israel, the news of the department of trade and industry’s requirements for the relabeling of goods has been discussed widely and it’s come under severe criticism from the right-wing media as well as members of the Israeli government, who accused the ANC and the South African government of racism and anti-Semitism. How does a BDS advocate respond to such criticism?

Achmat: The first thing I would say is whenever we raise criticism against the state of Israel we are called things like “jihadists”. Secondly, such people undermine, minimise and ridicule the real anti-Semitism people face in different parts of the world – whether it’s in Europe, or the Arab world or here in South Africa. There is a real anti-Semitism that exists and we don’t face up to it. There is also a greater wave of Islamophobia taking root. All of us have to stand together against this, just as we stand against racism, against the oppression of black people and other minorities. It is our duty to fight anti-Semitism and Islamophobia, but the abuse of anti-Semitism to support the occupation and Israeli apartheid makes a mockery of the people who died in the Holocaust… It is essential for the BDS movement not to adopt a sectarian approach. We are so angry, legitimately angry, with what Israel is doing but we dare not ignore opportunities to build alliances to isolate Israeli apartheid.

Achmat: It’s totally beyond my imagination how the UN could even imagine giving Israel these contracts in Gaza. Everyone should be protesting that. It is absolutely insensitive.

DM: You’re one of the most prominent activists in South Africa and have been for some time now. You’re admired for your work as an advocate and looking at South Africa today. What is the responsibility of an activist?

Achmat: The first responsibility I think is what someone said at a public meeting for Haneen Zoabi – the Palestinian who is a member of Israel’s Knesset – and someone from the Palestinian Solidarity Movement there said it is very important for Muslim activists and Jewish activists to recognise that there is an Israel-Palestine situation out in Khayelitsha and Manenberg that all of us need to be part of. So activists have to be, firstly, active in South Africa, have to be at the top of what happens in our country, but at the same time we must get involved in international solidarity work. For me, the choice is Palestine and Israel – and it’s for personal reasons because there are two warring religious factions in this country who are trying to make this a religious issue instead of an issue of freedom and human rights. The struggle for freedom by the Palestinian people and Israel’s continued struggle to dominate the whole of the Middle East is a core issue of our time.

DM: As you’ve pointed out, Palestinian solidarity suffers in South Africa from a conflation with a religious issue. Many South Africans see this as a fight between Muslims and Jews. How, then, do we overcome this?

Achmat: I think the only way to do it is to educate people. Unlike the Israelis, who take our MPs on private visits to Israel and try to try to win them over… I think we should openly declare our solidarity, openly say to people where we stand. But most importantly, we need to study, we need to create movements that are based in our townships that take on the daily struggle for social justice in our country as well as the more broader struggle for equal human rights in the world. The Palestinian solidarity movement cannot advance in any other way.

Achmat: I genuinely believe we need to do a lot more to address the issue, but it can’t be done without a movement because the government is under immense pressure from a range of sides, not least those supporting apartheid and the occupation in Israel, be they Christian Zionists, religious fundamentalists in the Jewish community…but also the United States and their allies in Europe who are constantly putting pressure on our government not to take a stronger stand. I think, though, the government is fine. It’s played a very big role in helping Hamas and the Palestinian Authority to talk to each other – I don’t have much hope in either of these parties – but the South African government helped to get them to speak to each other. DM