The realpolitik of SKA 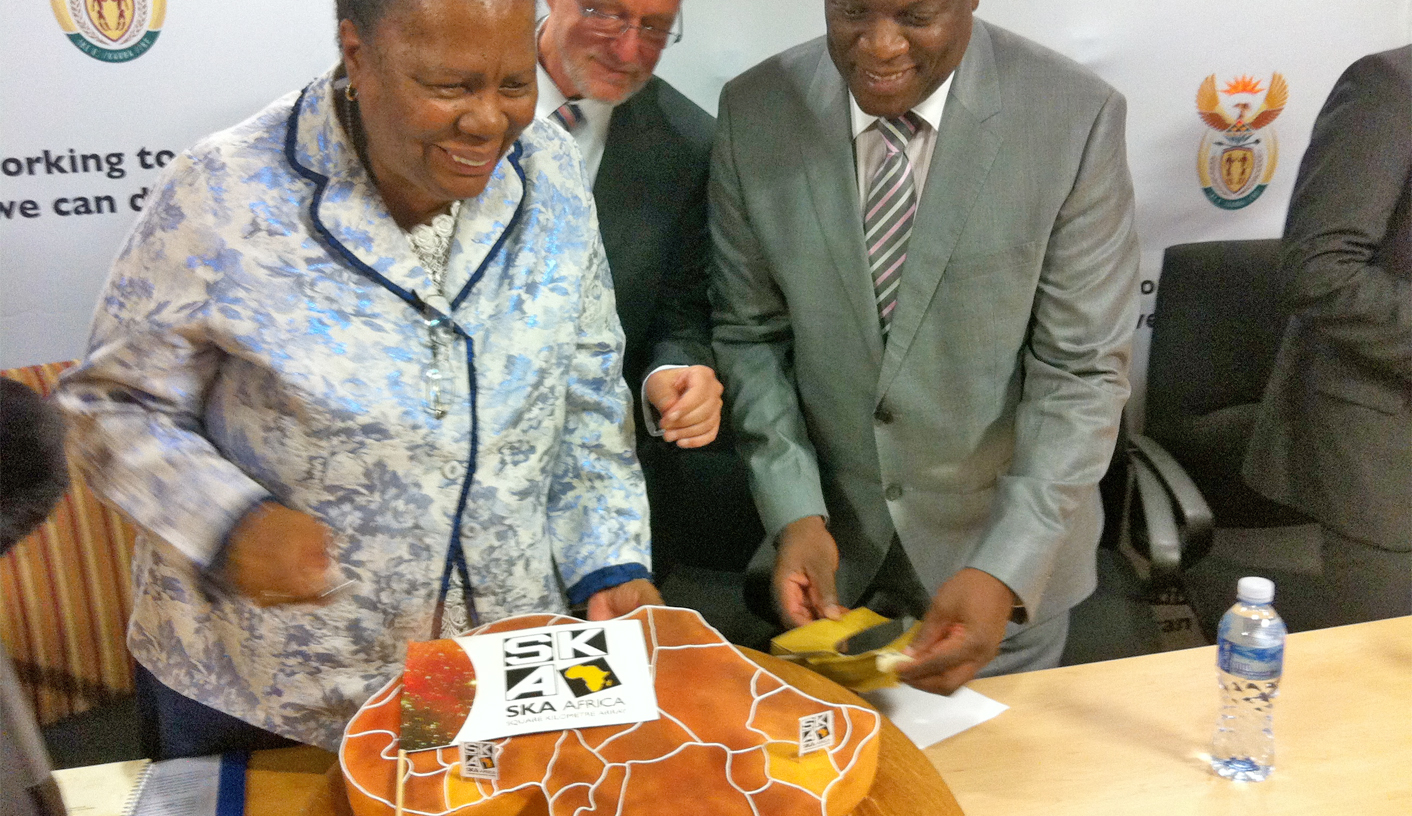 South Africa’s successful bid to host the lion’s share of the Square Kilometre Array is an incredible achievement and cause for celebration. But a political phantom has lurked over the decision to split the ambitious project between the bidding nations. ALEX ELISEEV goes backstage in search of the illusive compromise.

If science and technology minister, Naledi Pandor, was disappointed, she certainly didn’t show it. Hers was a difficult task: to show grace despite knowing that South Africa possibly deserved the entire SKA  project and, in actual fact, shouldn’t have been forced to share its moment of glory.

But, like everything else in the world, not even the SKA could escape politics.

After a long meeting in the Netherlands yesterday, members of the SKA Organisation emerged to announce a “dual-site solution” for the multibillion-rand project. They confirmed months of speculation about a so-called “win-win scenario”.

The timeline of the competition between South Africa (plus its eight partner countries) and Australia (supported by New Zealand) is pretty straightforward.

Having been short-listed in 2006, both sides picked excellent locations, built precursor telescopes, did a battery of scientific tests and submitted their bid documents to the SKA Organisation late last year.

An independent committee tasked with choosing the technically (and financially) superior site decided that, even though the competition was close, South Africa had the edge.

News of this leaked, Australia kicked up a fuss (playing the “Africa card”) and another committee was formed to explore ways of making the SKA more “inclusive”. The words used were: “It’s important to maximize the value from the investment made by both candidate host regions”. In other words, both countries had invested way too much to simply walk away.

By this stage, the writing was on the wall. The new committee carried out its work, delivered its report and the announcement was finally made yesterday.

The SKA Organisation explained “the majority of the members were in favour of a dual-site implementation model for SKA”. It added: “The members noted the report from the SKA Site Advisory Committee that… they identified Southern Africa as the preferred site.”

An hour-and-a-half later, Pandor stood to address South Africans, saying that while she considered the decision to be unexpected (considering the race was always on for a single winner), she was excited and believed the compromise amounted to a win.

In terms of the receiver components, the split is 70/30 in favour of South Africa. There’s no doubt the country proved itself scientifically capable and won the lion’s share of the SKA.

She went on: “Of course, you want everything, but getting three-quarters is pretty good in my view”. Pandor even joked: “I wish the matric results had been that good when I was minister of education…”

So why then was South Africa forced to share? Was the decision scientific or political, the minister was asked.

“Is it political? I hope not,” she replied. “But I can’t help wondering if it had been on the other foot with the (Site Advisory Committee) report, would there have been a similar consideration?”

Her question was: would Africa’s voice have been heard, and would there have been a compromise, if Australia’s site had been chosen?

South Africa’s bid punted the possibilities of the continent and its scientists, while Australia’s rested on its laurels and experience in radio astronomy. So the question was, were member countries not ready to completely commit to Africa? (Much like the doubts around the 2010 Soccer World Cup). Or did Australia just kick up too much political dust?

Justin Jonas, head of Rhodes University’s physics department and a key member of South Africa’s SKA bid team, was a bit more direct. He explained the most technically sound, not to mention cheapest option, would have been a single site in Africa.

“But the reality is that this is a big international project,” he said. “It’s not sensible to think that some degree of politics is not going to be at play. And the best thing you can hope for is a good consensus.”

In his opinion, the goal was to secure international agreement, remove the conflict of the competition to make way for the science.

Or, as Pandor put it: “We accept the compromise in the interest of progress.”

In other words, to attract investment for a project that currently costs more than R20-billion to construct, it pays to have everyone getting along.

With a consortium of countries responsible for funding, the key consideration is this: Splitting the project increases its cost. But it also makes participating countries more comfortable and more willing to invest greater amounts. That’s what lay at the heart of the compromise.

Jonas says the split will not jeopardise the quality of the science and Africa has a lot of which to be proud.

“This marks a turning point in Africa as a destination for science and engineering, and not just a place where there are resources and tourism opportunities,” he said. “This signals a new era. The science that will come out of this is truly amazing.”
We agree. The SKA will be the most powerful and sensitive radio telescope in history, which aims to answer some of the most fundamental questions about existence. It will be the biggest scientific project in the world, staring deeper into the universe, and further back in time than ever before. It’s been called the “experiment of the century” and compared to Switzerland’s Large Hadron Collider (CERN).

It will allow scientists to study how galaxies have evolved and what constitutes dark matter. It may even help determine whether or not we are alone.

The project will bring with it new infrastructure, corporate investment and partnerships as well as much needed skills. Already, 400 bursaries have been awarded to university students in the field, Pandor said.

The bottom line is that the SKA could just be, as Jonas describes, a “turning point in Africa’s progress”. And Pandor did well to acknowledge those behind South Africa’s bid. Scientists may battle to make hydrogen molecules sound sexy and aren’t terribly good at PR, but they are moving humanity forward.

The exciting part starts now, with the design and construction of the SKA itself. With an estimated lifespan of at least 50 years, don’t expect the SKA to spring up overnight. But keep a close eye on it.

Both Pandor and Jonas say the tender process of any project associated with the SKA will be clean and comply with international levels of good governance.

We hope the politics are now out of the way. But should the phantom reappear, those in charge must beat him back. South Africa has enough scars and this project is too exciting to be marred by – and mired in – controversy around African politics and questions of governance.

While we can turn our eyes to the skies, the world will be watching us.  DM